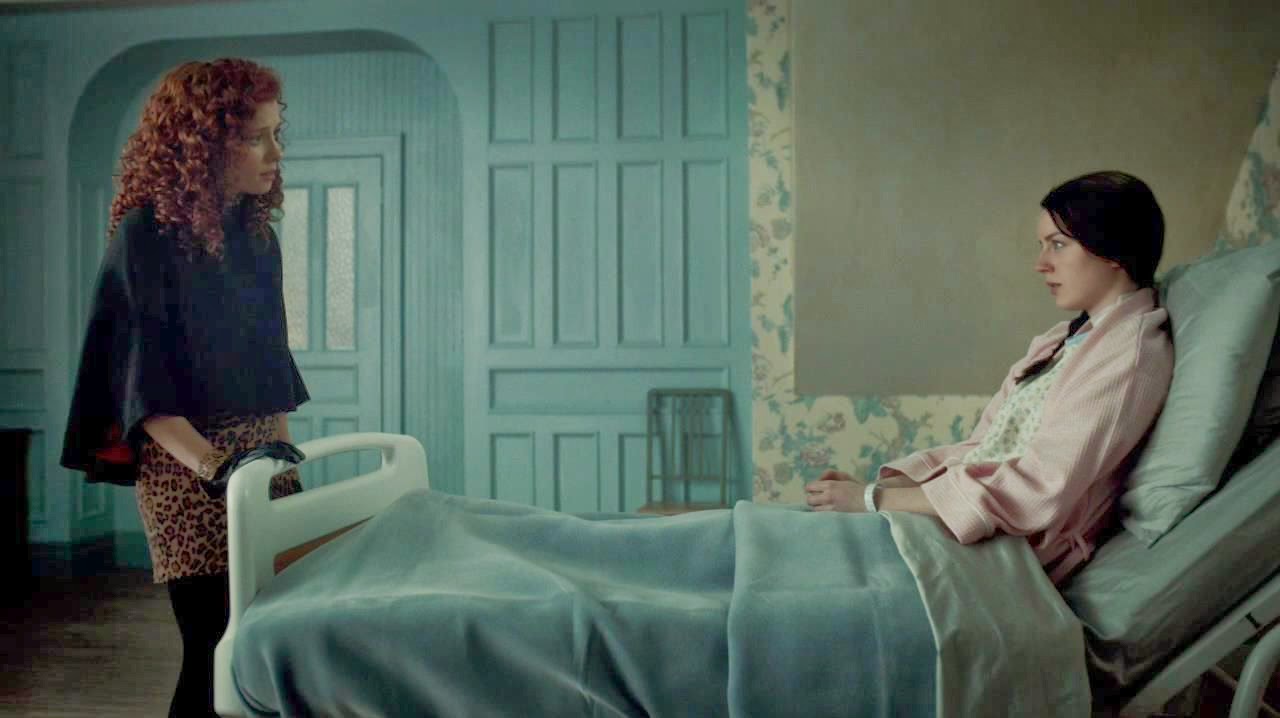 Compared to indoor characters like Bella and Bedelia, Abigail's scenes often take place outdoors and surrounded by plants. Her outfit for her first trip outside her hospital room is a floral scarf (matching her hospital room wallpaper) and a teal coat that complements the blue/teal outfits worn by Hannibal and Alana when they visit Abigail's family home later in the episode. 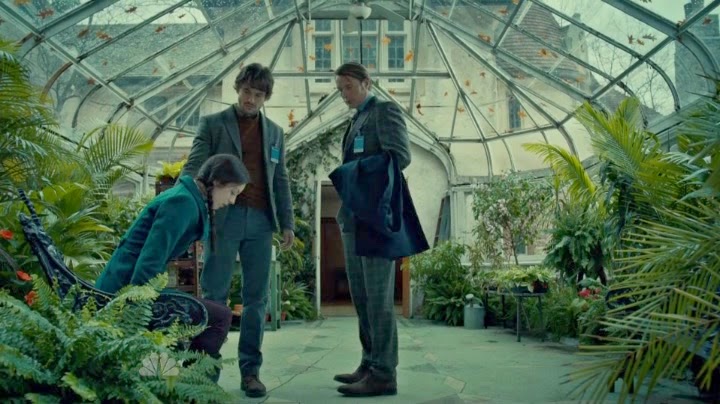 As ever, Hannibal's costume is significant. Taken on its own, Hannibal's sweater/jacket combination is already relatively unusual for him because it isn't a true three-piece suit. Along with its complementary colour scheme to Abigail's outfit, it has a couple of other possible meanings. First, the high-collared look is somewhat reminiscent of the kind of vampiric 18th/19th-century European aristocrat that Hannibal is partly modelled upon as a character. Secondly, the sweater/plaid jacket combination is basically a hunting outfit, which fits perfectly with his current role of stalking Abigail as potential prey. 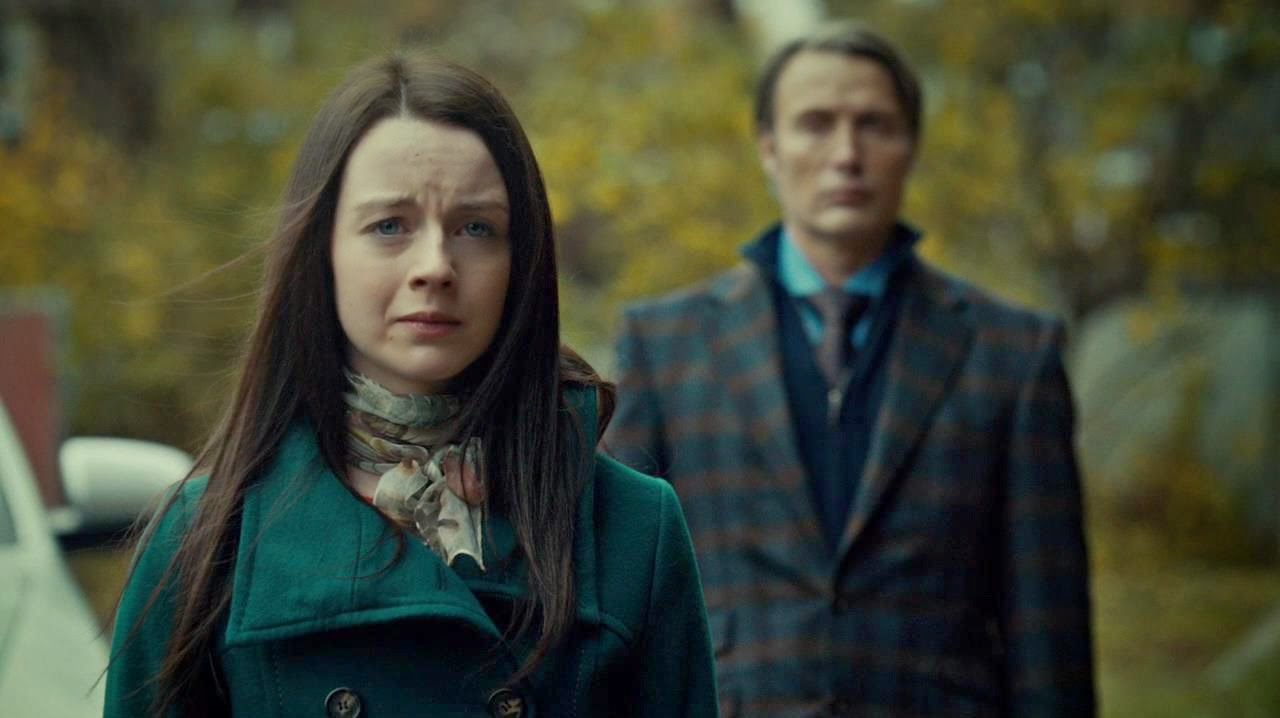 When they revisit the Hobbs house later in the episode, Hannibal has changed into a brown/red version of his earlier outfit, which immediately gives him that demonic undertone we know and love. After Abigail stabs Nicholas Boyle, we get this brilliant shot of Hannibal's blood-coloured sweater and brown hunting jacket perfectly complementing the brown interior of the Hobbs house -- and the drying blood on Abigail's hands. Meanwhile Abigail and her blue-green outfit stand out from the background for the first time in the episode. 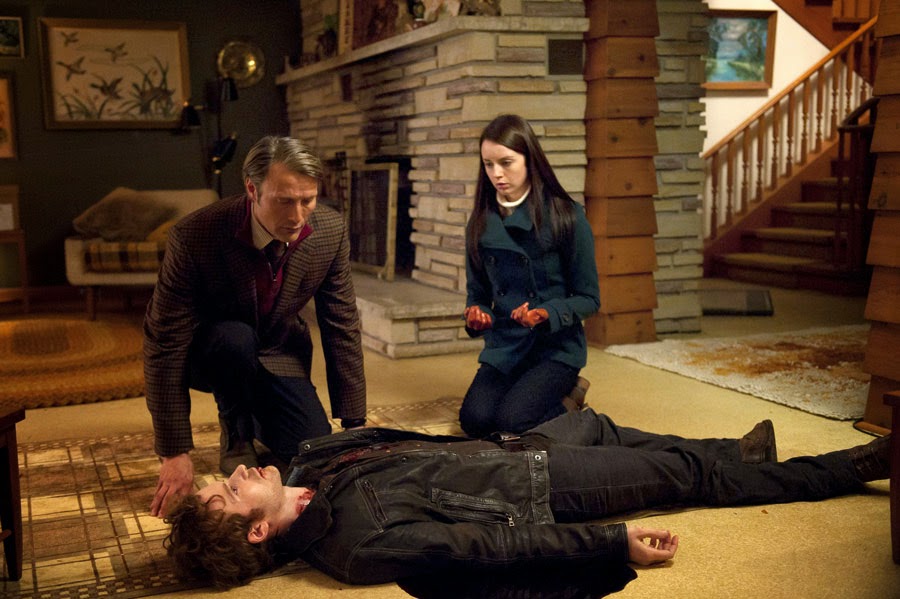 Abigail's outfit when visiting Hannibal's office has far more in common with the clothes we see in flashbacks, as opposed to the Alana Bloom coat she wore in earlier scenes. In Hannibal's office, she's dressed in earth tones once again: a brown, outdoorsy jacket, her floral scarf, and grey jeans. (N.B. I'm fairly sure that Abigail is the only main character we see wearing denim in this show, a practically unheard-of feat on American television.) 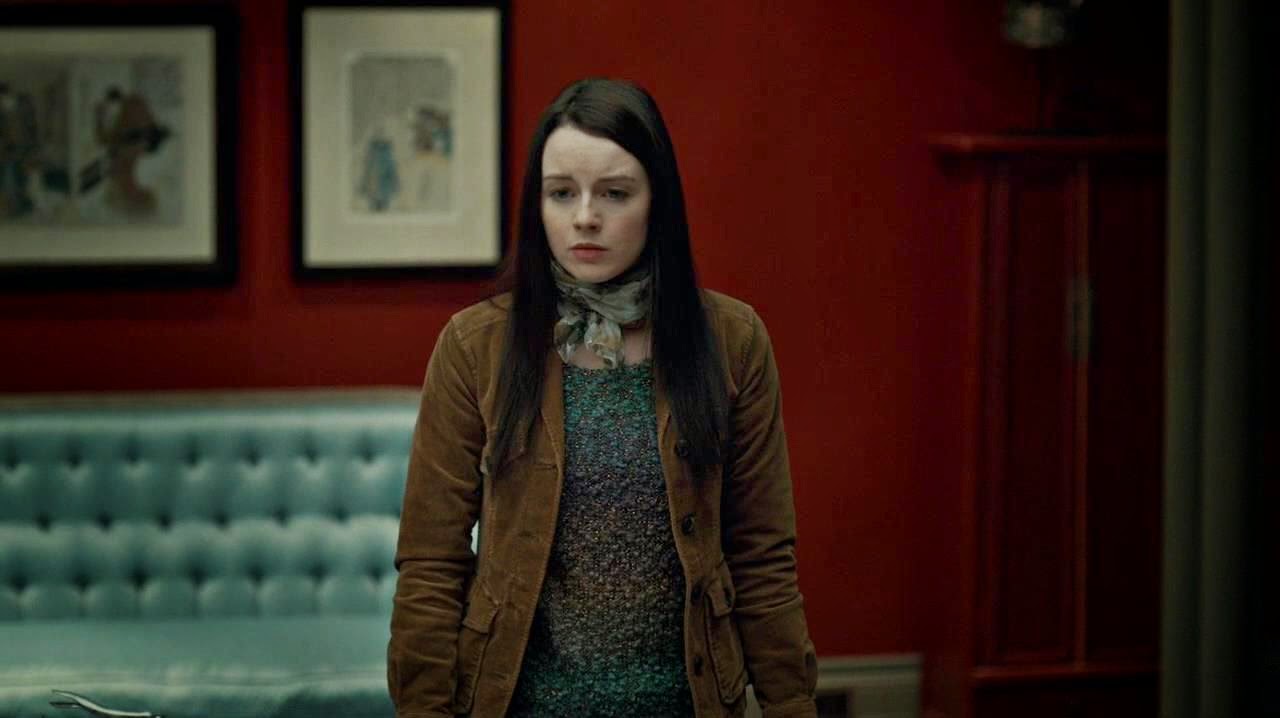 One thing I found interesting when rewatching these early episodes is that while the show makes an effort to characterise Abigail as Will and Hannibal's "daughter," she actually looks way more like Will and Alana's child, both physically and in terms of costuming. With her fair skin, dark hair and scarf/coat outfits, Abigail looks a lot like Alana, while her more outdoorsy outfits firmly put her in Will's camp. Will (an angler) and Garrett Jacob Hobbs (a hunter) both dress pretty similarly when they're not at work, with both wearing warm sweaters and pocketed gilets -- a look we see on Abigail herself during flashback scenes, and in her brief appearance in Will's fishing dream in season 2. "Potage" is really the only episode where Hannibal and Abigail look remotely similar, although Hannibal is approaching the hunter aesthetic from the English country gentleman end of the scale, while Abigail is the daughter of a typical American working-class hunting enthusiast. Still, it means that Hannibal actually changes his own style in a way that fits in with Will and Abigail's more casual dress sense, which we never really see again for the rest of the series. 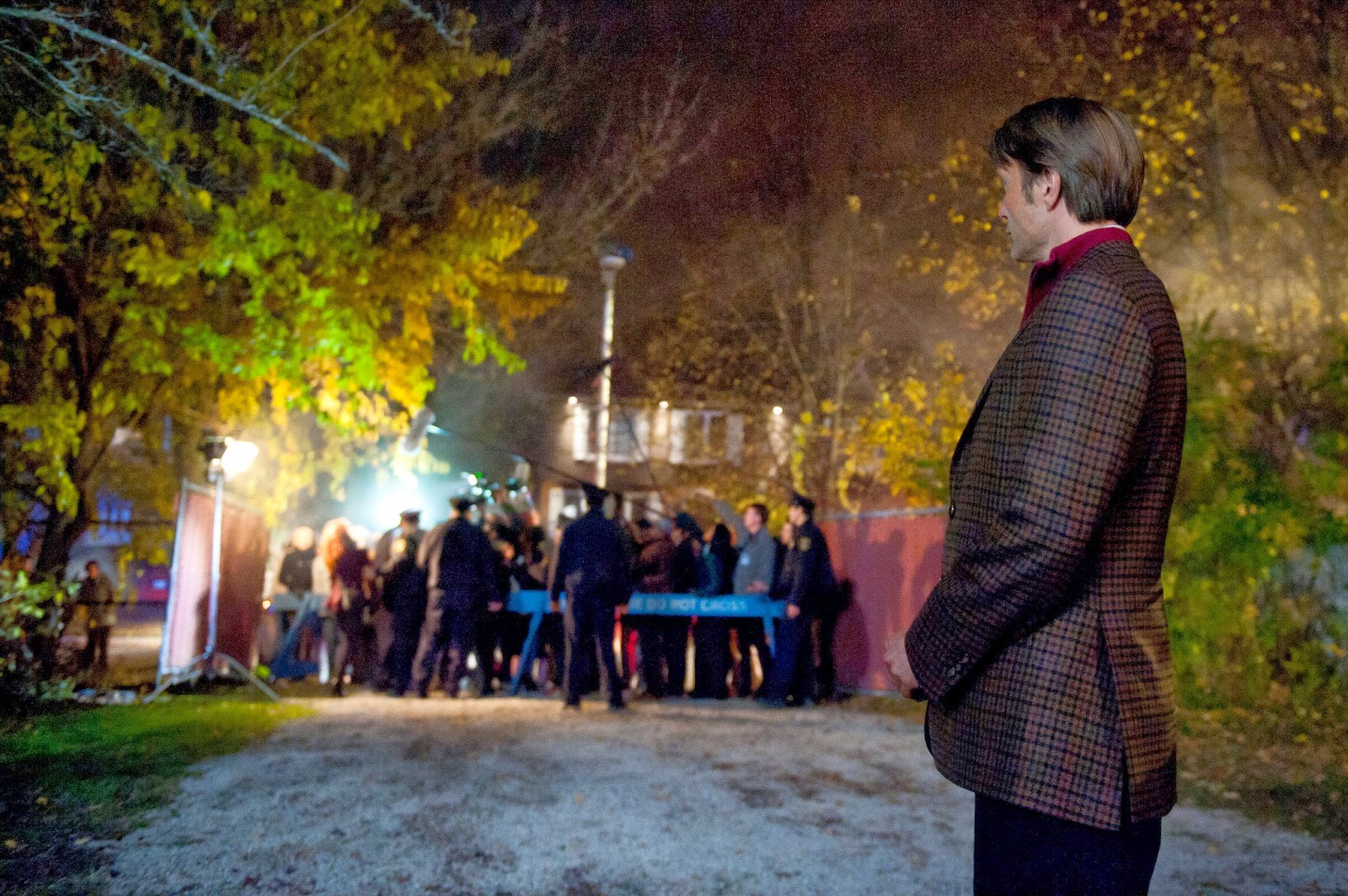