I came to Star Trek: The Motion Picture pre-warned. Kind of. It's famous for being The Worst Star Trek (a title for which there is already some stiff competition) and I'd already heard the various nicknames: The Motionless Picture, The Motion Sickness, etc. But even that didn't prepare me for what was in store. I mean, what were they even thinking? 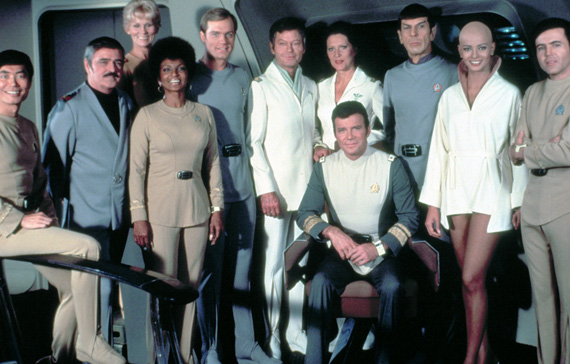 In fact, watching The Motion Picture, it's pretty clear what they were thinking. They were thinking, "Let's make 2001: A Space Odyssey!" Except it turns out that if you give Gene Roddenberry a quadrillion dollars and too much creative leeway, what you actually end up with is a three-hour screensaver interspersed with shots of William Shatner emoting into the middle distance. Plus music. There are whole sequences where nothing happens except kaleidoscope space-travel effects and an impressive orchestral score for minutes at a time. Come to think of it, it's probably a great movie to watch while high. Thanks, 1979.


The many faults of this movie will surely be evident to anyone who watches it. It goes on for far too long. It's humourless. It lacks the emotional depth that made the original Star Trek series so compelling. The camera spends way too much time panning over William Shatner's increasingly luxuriant middle-aged arm hair. And then there's that whole situation going on with the costumes.


Star Trek's original series ran on a budget of $3.75 per episode and regularly featured guest stars wearing bikinis made out of curtains and tinsel. Yet somehow its costumes still managed to look more plausible than the unsettling fleshbags we see in Star Trek: The Motion Picture. Starfleet's oldschool "red shirt/blue shirt" uniforms are iconic for a reason. They're extremely simple by sci-fi costume standards (which is why the 2009 reboot movie barely had to update the uniform at all), and make it easy to differentiate between characters when they're running around.

The Motion Picture's uniforms, on the other hand, are distractingly terrible in every regard. The palette runs from beige to pale blue -- a selection of colours usually restricted to hospital scrubs and control underwear. Worse still, they're actually less practical than the original series uniforms, which in 1979 were seen as frivolous and outdated. 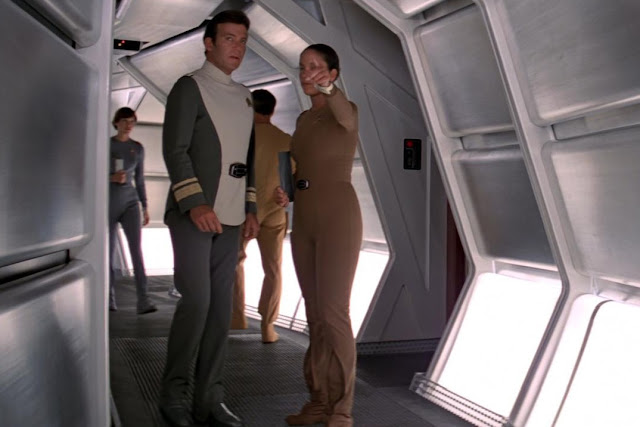 The original intention of The Motion Picture's Starfleet uniforms was to depict a futuristic society where people wore egalitarian, recyclable, organic clothes. Sadly, the eventual result was the creation of some of the worst outfits in science-fiction history. While 1960s Star Trek revelled in tinfoil armour and various other accoutrements of classic sci-fi ridiculousness, its cartoonish atmosphere allowed for a certain suspension of disbelief that The Motion Picture never quite managed. Supposedly designed by the best minds in the galaxy, Starfleet's new uniform was a nightmare in every regard:

There are so many contributing factors to the ugliness of the 1979 Starfleet uniforms that it's kind of miraculous. They're like the holy grail of bad fashion. In terms of colour, the problem is immediately obvious the first time you get distracted by a background extra who looks naked because they're wearing a skin-coloured body suit. Although of course, wearing flesh-tone clothes is already kind of an aesthetic disaster. For those of you who always feel guiltily puzzled when someone describes two colours as "clashing": it's similar to the Uncanny Valley. The closer two colours get to each other, the more uncomfortable they are to look at. This is doubly true for skin-tone clothes, because one of the colours that looks gross is you. 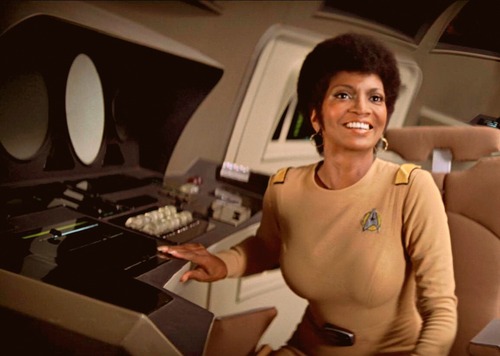 There is at least one scene in The Motion Picture where a male character ends up in an unfortunate moose-knuckle situation thanks to those flesh-coloured body suits. It's just not a good idea, is what I'm saying. The best type of uniform is one that's comfortable and practical enough that you can forget that you're wearing it, and it's difficult to forget about what you're wearing if you look really terrible in it.

An argument could be made that 300 years in the future, people just don't care as much about appearances as we do in the 21st century, but this is plainly untrue because characters in The Motion Picture have a wide variety of hairstyles, makeup and jewellery. Anyhow, it's difficult to take your coworkers seriously if they're wearing beige catsuits that lovingly cling to every bra strap and roll of paunch, just like it's difficult to take Captain Kirk seriously when he's dressed like someone who works in a health spa onboard a luxury cruise liner:

The one breath of fresh air in this nightmare of taupe taupe onesies and weird Teletubbie belt-buckles is... Spock. Beautiful, beautiful Spock. When we first see him, he's on one of the most painted-on alien planet sets I've ever seen in a legitimate blockbuster movie. There's a giant glowing red foot statue that's probably meant to be made of volcanic rock but looks more like Lego, and a bunch of Vulcan notables wearing a selection of A+ robes. That's more like it.

Then once Spock inevitably decides to go back to the Enterprise, he's dressed in a cool hipster-goth cape and trousers. Not only would I happily wear this outfit myself, in real life, but it looks equally practical to the terrible Starfleet uniforms. Hell, take the poncho-cape off and he'll just be wearing a shirt and trousers, which is better than what Kirk and McCoy have to wear for 90% of the movie. 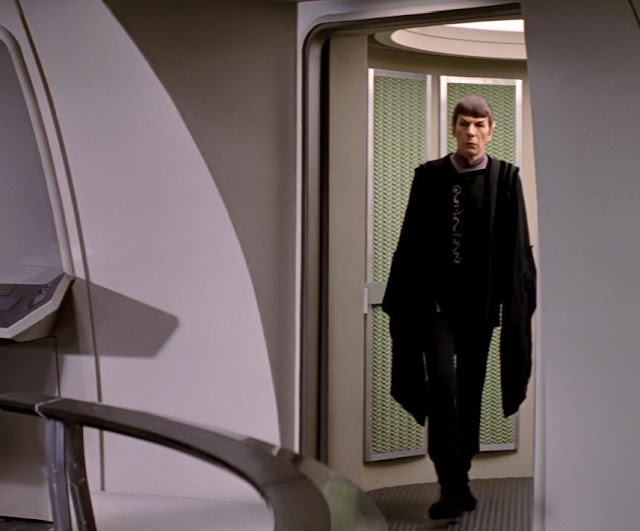 You can tell everyone on the bridge agrees with me, because they're all, "Holy shit! Someone wearing clothes that let him move around without getting a wedgie!" Spock is the fashion messiah. Which is kind of intriguing when you consider the fact that Vulcans are supposed to be ultra-rational and unconcerned with material things. I always found Vulcan fashion to be a particularly clever element of the visuals of Star Trek, because it's this blindingly obvious visual clue that Vulcans are nowhere near as logical as they claim. The intricacies of Vulcan style are completely in keeping with their love of tradition, ritual, and symbolism.

The weirdest thing about the costumes in Star Trek: The Motion Picture is that the same costume designer, Robert Fletcher, worked on the next three Star Trek films as well. In hindsight, this movie was an experiment that went embarrassingly wrong, and even the most intense Trekkies are hard-pressed to say much in its favour. I tend to assume that the costumes were another indicator of Gene Roddenberry going mad with power, and that Fletcher fared better when working with other directors.

Coming soon: The costumes of The Wrath of Khan.