Supernatural Season 7: Why would you even do that?

It's no secret that I watch some seriously terrible shit. But while I enjoy a so-bad-it's-good movie as much as the next guy, I can't sustain that kind of interest for an entire TV series. Not unless Tommy Wiseau finally gets funding for his sitcom, that is.

Supernatural is my one exception to the "no awful television" rule, because it's in the unique position of being simultaneously terrible and brilliant. Its attitude to women (or anyone who isn't a straight white man) is atrocious, its episodic storylines are quite often shitty or ridiculous to the point of offensiveness, and it relies heavily on a very formulaic storyline cycle -- although as I'll explain later, its formulaic nature is actually one of its greatest strengths. But somehow, two years after abandoning it at the season 6 finale ("CASTIEL DID WHAT!?") I found myself crawling back to this godawful show, masochistically enthralled once again. 23 episodes in less than a month, you guys. Twenty-three episodes. 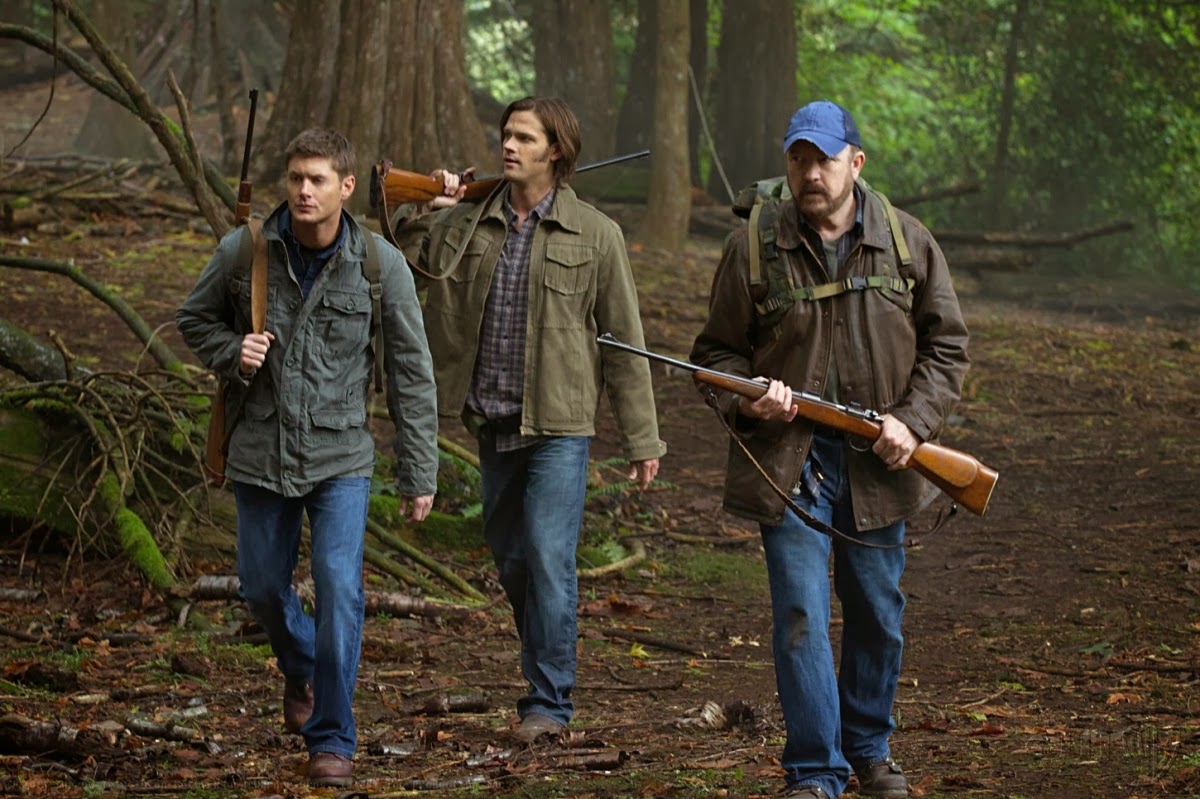 I suspect I have a pretty similar attitude to many Supernatural fans, in that I'm fully aware of the show's painfully obvious flaws, and yet keep coming back for more. Ordinarily I'm quite picky about TV shows, and will drop them as soon as they look like they've jumped the shark. But Supernatural is so goddamn addictive (not to mention un-shark-jumpable) that I went so far as to avoid spoilers for the two years I wasn't watching, on the realistic assumption that I'd eventually be lured back into the fold. And lo, I was.


"So, after watching three seasons of Supernatural in three months, do you feel any different?" "Well, now I hate and distrust all women..."
— Hello, Tailor (@Hello_Tailor) January 19, 2014

For the past few weeks I've been watching and live-tweeting season 7, mostly to responses like "Why are you doing this to yourself?" and "You sound like an alcoholic falling off the wagon." Well, at least I'm not alone in that regard. Over the years I've seen plenty of people do exactly the same thing: drop Supernatural, only to succumb to its dubious charms after months or years away. My condolences, friends. I've often noticed it being referred to as the unpleasant ex-boyfriend of fandom: you know it's terrible and will end up hurting you all over again, but you just can't help yourself. This is the kind of gallows humour that bubbles to the top of your brain after watching 23 consecutive episodes of Sam and Dean repeating the same conversation over and over again, defeating yet another an implausible villain with some kind of maguffin device, and violently murdering several evil sexy women. So, why the hell did I put myself through it all over again? Why do any of us do it?

I didn't have time to write about Supernatural this week, BUT I do have something for you, and that thing is an extremely important Guide to Olympic Figure Skating!

I'll almost certainly be writing something about figure skating during the Winter Olympics, so hopefully this will help to explain just why I love this sport so much. One of the reasons why figure skating is basically the only sport I'm interested in is because the narrative of each competitor is such an integral part of the entertainment experience, even moreso than other solo sports like tennis. I mean, obviously I love to watch it as a sport and as an art form, but it also has unbeatable levels of melodrama, feuding, and scandal. (And, needless to say, the costumes are fantastic.) In this article, I touch on the basics: things to watch out for at Sochi, the strange nature of institutionalised homophobia in the figure skating establishment, recent controversies, and more.


A rough guide to Olympic figure skating and its fandom.

When you get right down to it, sports fan culture and online fandom are pretty similar. After all, is it really any less nerdy to blog obsessively about baseball stats, as opposed to collecting comic books or cataloging all of the gay subtext in Teen Wolf?

Yet oddly enough, the two types of fandom rarely overlap. Out of the hundred million or so people who watched the Super Bowl, pretty much none of them sat down to draw some Seahawks fan art afterwards.

Figure skating is one of the very few exceptions to online fandom’s geek/jock divide. Basically, if your tastes run more to Sherlock and Supernatural than snowboarding and ski jumping, then figure skating is the one sport at the Sochi Olympics that you might actually find interesting.

Drama, drama, drama
While most sports do thrive on media narratives, from underdog comebacks to epic struggles between rival teams, figure skating is more familiar with what can only be described as “drama.”

In the ‘90s, Olympic skater Tonya Harding was embroiled in a scandal when her ex-husband hired a hitman to kneecap her competition, Nancy Kerrigan. Then in 2002, the entire judging system had to be revamped after an Olympic official was bribed to give a pair of Russian skaters the gold medal over the Canadian favorites. But it was the 2010 Olympics that turned figure skating drama into an online fanfic phenomenon, and that was mostly thanks to the rivalry between Johnny Weir and Evan Lysacek...