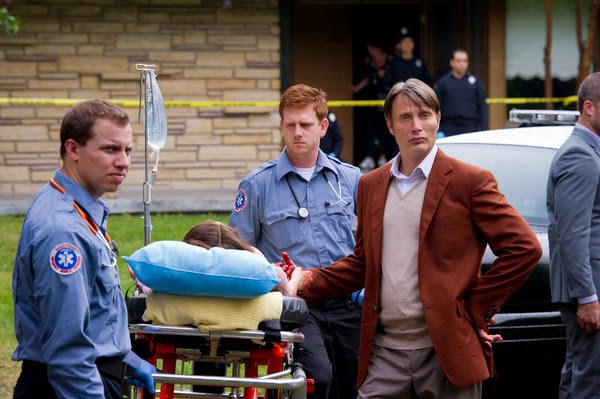 Before we move onto the rest of the season, I'd just like to spend a moment on Hannibal's uncharacteristically bland outfits in "Aperitif." Someone else has already written about Franklyn's habit of "mirroring" Hannibal's dress sense so I won't go into too much detail here, but as Hannibal's most obsessive patient, it's possible to theorise that Franklyn is attempting to copy Hannibal's style. There are several scenes throughout the series where we see Franklyn wearing layered outfits and "loud" ties that seem like a pale simulacrum of Hannibal's costumes, but in the instance of "Aperitif," I think the reverse may be true: Hannibal is mirroring Franklyn.
Read more »
Posted by Hello, Tailor at 10:00 17 comments: 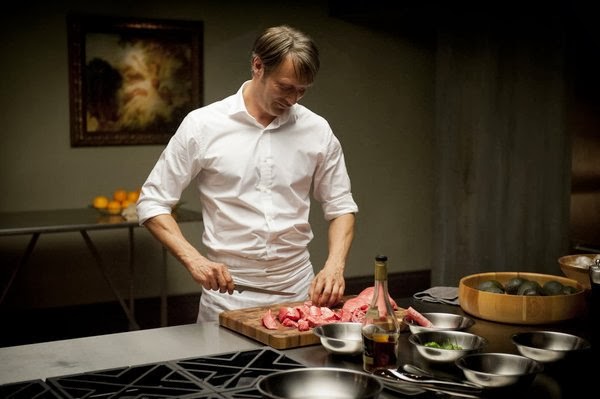