Part 1: "Trust No One" -- How Captain America became the gritty superhero we never knew we wanted.
Part 2: HYDRA, Sitwell, and diversity in the Marvel universe.
Part 3: Black Widow and Falcon.
Part 4: The Tragedy of Bucky Barnes.
Part 5: Worldbuilding in the MCU.
Part 6: Costuming and design: Steve & Bucky.

People love to namecheck spandex when talking about superhero costumes, but as far as I recall there's no spandex to be seen anywhere in the Marvel Cinematic Universe. With Cap's costume toned down to a subtle navy blue for Captain America: The Winter Soldier, the most comicbook-looking character we see is Nick Fury.

With each new appearance, I've grown to love Nick Fury's costumes more and more. Not just because they look cool, but because of the internal logic of why he dresses like that. To understand what I'm getting at here, take a moment to think about S.H.I.E.L.D. itself, and Fury's role within the organization. 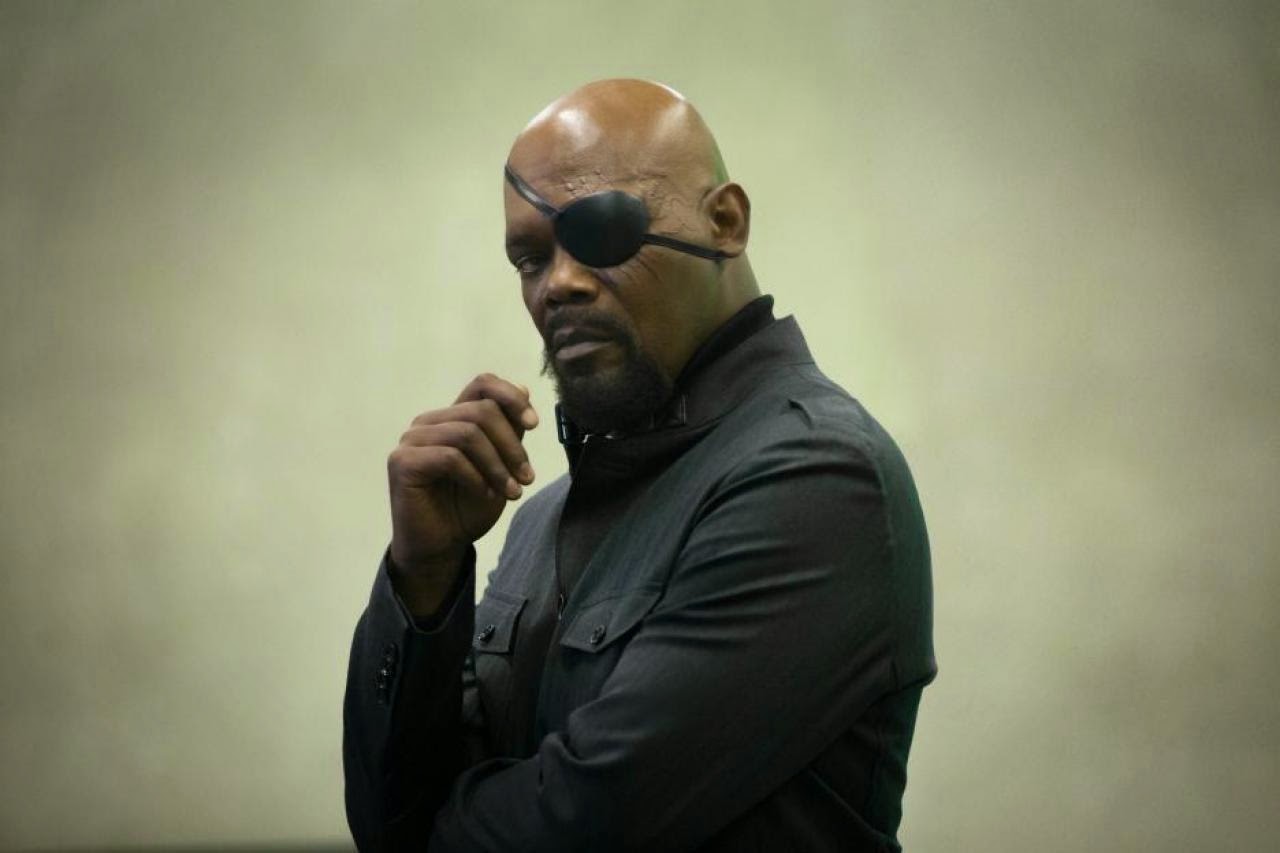 In The Avengers, Agents of S.H.I.E.L.D. and other Marvel movies, S.H.I.E.L.D. is portrayed as a quasi-governmental Men in Black organization. It's populated by military types, agents like Coulson, jumpsuit-wearing Helicarrier personnel, and a smattering of individuals like Black Widow and Hawkeye. Fury is in charge, with Maria Hill as the deputy director and Alexander Pierce as his immediate superior, a kind of liaison between S.H.I.E.L.D. and various world governments.

Up until now Fury was the authority figure, a character who swoops in and solves problems or tells the heroes what to do. He was basically a trigger-happy, morally ambiguous Gandalf figure.

CATWS brought in a much-needed new dimension of fallibility to Nick Fury, as well as showing him inside S.H.I.E.L.D. headquarters for the first time. Alexander Pierce, in his old-fashioned but stylish three-piece suits, both fits in with those surroundings and represents the political establishment. Meanwhile Fury, with his ostentatious black leather outfits, does not exactly seem like he belongs in a grey office building. 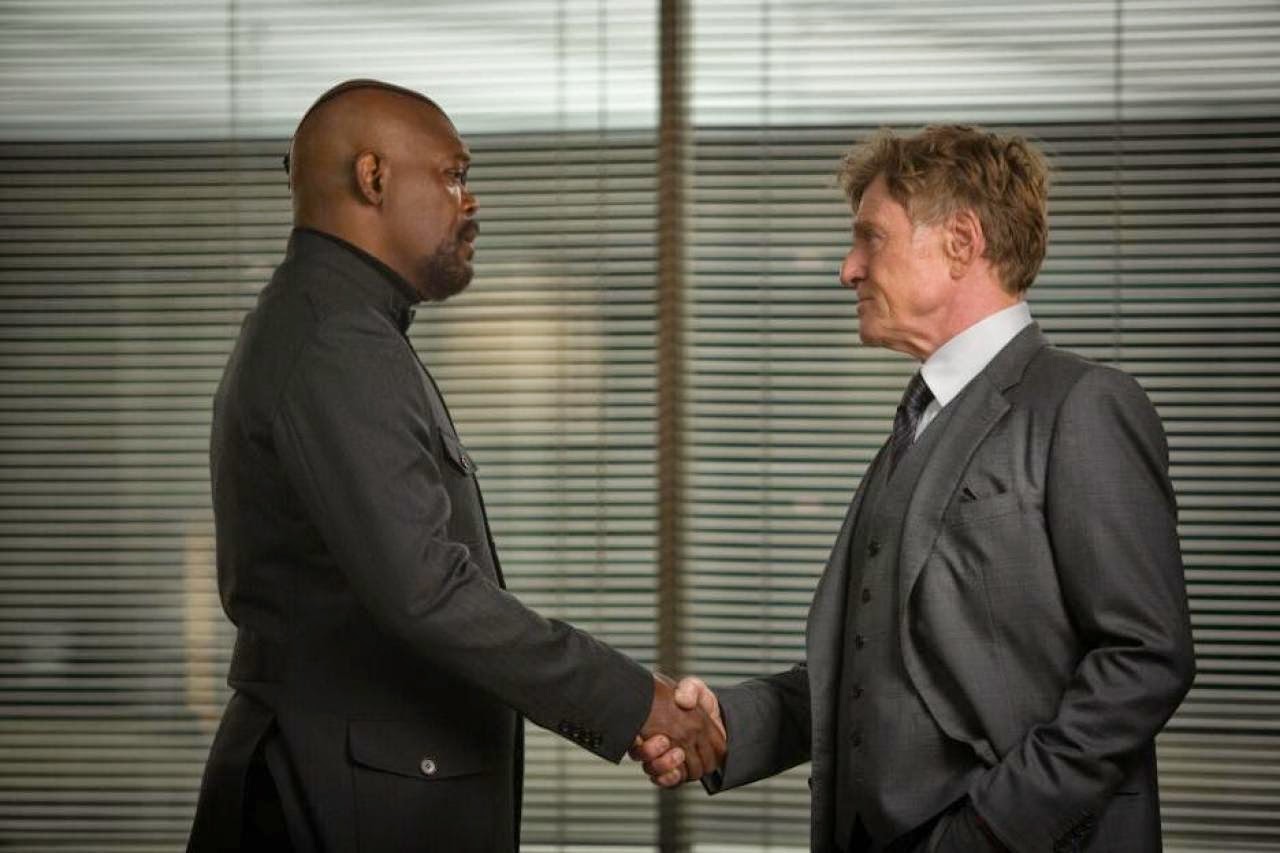 There's a certain internal consistency to the costumes at S.H.I.E.L.D., with Maria Hill and most of the Helicarrier personnel wearing navy blue uniforms (the same shade as Cap's new uniform and his nylon biker jacket in this movie, incidentally), and characters like Coulson and Agent 13 wearing subdued businesswear.

Nick Fury does not fall into either category. He's sure as hell not wearing normal clothes that could blend into his surroundings, and I highly doubt that his outfits adhere to S.H.I.E.L.D.'s official uniform. Instead, I can only describe his favourite costume as some kind of supervillain-themed black leather cosplay outfit.

Yes, Nick Fury is a goth.