Most wizarding robes in the Harry Potter movies are a combination of bell-sleeved faux medieval robes, and old-fashioned suits. Gilderoy Lockhart looks like a 19th century dandy, Cornelius Fudge wears a three-piece pinstripe suit and bowler hat, and Remus Lupin dresses like an impoverished mid-20th-century academic. There's a variety of quite disparate looks in the wizarding world, but they all have a few things in common: mixed patterns, heavy fabrics, and multiple layers of tailoring. So even though most of the costumes incorporate elements of Muggle styles, they still don't look like something you'd often see on your morning commute. However, as I previously pointed out, they regularly rely on a late-19th/early-20th century aesthetic, meaning that the costume designer for Fantastic Beasts would be wise to go in a different direction. Personally, my first decision would be to radically alter the silhouette and fabric used for wizarding fashions overall. 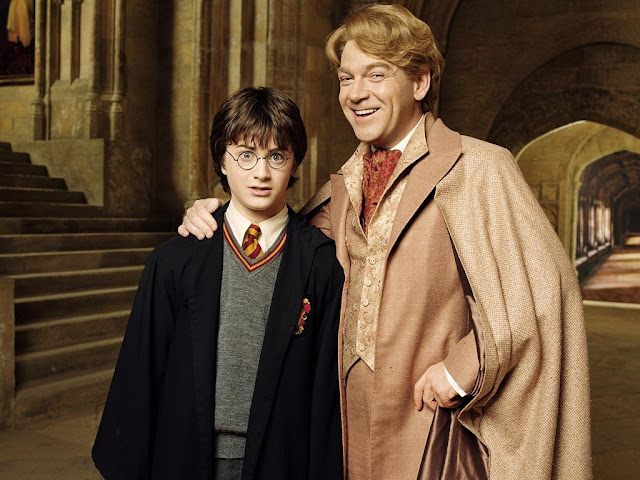 The first thing you need to know about 1920s fashion is that everything uses a very flowing silhouette. The masculine and feminine ideals are very different from what we see today, right down to things like placement of muscle tone and fat, and general proportions. This is slightly more the case for women than for men, but men's suits are still pretty different in shape and cut from the way they look today. Also, the modern concept of flappers is pretty much a total fiction, which is one of the reasons why I never reviewed the latest Great Gatsby movie, and why I'm eternally frustrated by the concept of "flapper parties" and faux-1920s fashion spreads.

First of all, the body shape required for flapper fashion is just as damaging as any other ~fashionable body type~ because, you know, you have to conform to a certain standard that most people cannot naturally achieve. Specifically, the flapper look required you to be slim, boyish and flat-chested, meaning that women bound their breasts and wore girdle corsets. Secondly, while flappers were a feminist movement in that they were all about female liberation, sexual freedom and not passively relying on the income of your husband, one of the reasons why they were seen as so rebellious and extreme was because they were hanging out in multiracial nightclubs and/or co-opting black jazz dance styles. So I'm not saying that it's bad to enjoy the concept of flappers (or the modern idea of "flapper fashion"), but there's a lot more to it than just going to speakeasies and cutting your hair short.
The biggest issue with modernised versions of flapper fashions is that it's seemingly impossible for people to let go of present-day ideas of what looks sexy on a woman. Right now the two things to emphasise are skinniness and breasts, which is sort of the opposite of the way 1920s/flapper-era fashion works. Back then, the trend was to emphasise the legs and obtain a more boyish figure by smoothing the difference between waist and hips. However, the average woman 90 years ago had a different figure from the average woman today, particularly when it comes to waist/hip ratio (which was significantly greater in those days; women were historically more hourglass-shaped) and fat distribution. Google some pictures of people in the 1920s and you'll see what I'm talking about. You'll all notice that even though flappers were all about tennis and being sporty, they don't look toned and muscular in the way "sporty" people are nowadays. 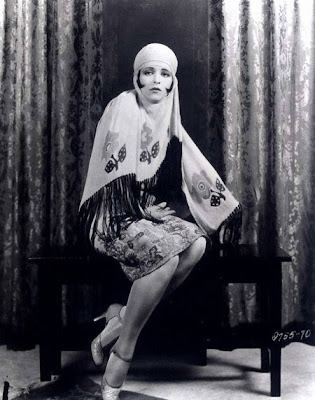 I'd say that 1920s wizarding womenswear would have to emphasise bare legs, a boyishly slim figure (but not skeletally thin like current trends, because in the 1920s that still implied that you were too poor to eat), and waistlines tailored loosely around the hip. Also, a shape that tapers towards the ankles and calves, which is something you don't see much of these days. The other thing is that while the "weirdness" of the wizarding clothes in the Harry Potter movies is sort of connected with ideas of English/British eccentricity, so it'd be interesting to see how a rebellious, American new-money wizarding aesthetic would turn out. Normal muggle dresses that change fabrics and colours at the flick of a wand? Transfiguration? Flames...? 1920s party girls could be pretty punk rock.
For men, there are two major differences from today, one rather more noticable than the other. The most obvious difference is that everything is a lot baggier than the suits you see noawadays. The trousers look comparatively oversized, and jackets are far more loosely tailored. Also, everyone wears a hat. The less obvious difference is that many clothes, particularly trousers and jackets, would've been hand-tailored to fit the buyer -- or at least altered to fit. Meaning that you're way more likely to see guys wearing things that don't look like they fit very well. Although I suppose this would be less of an issue for wizards, who might be able to alter or mend things by magic. 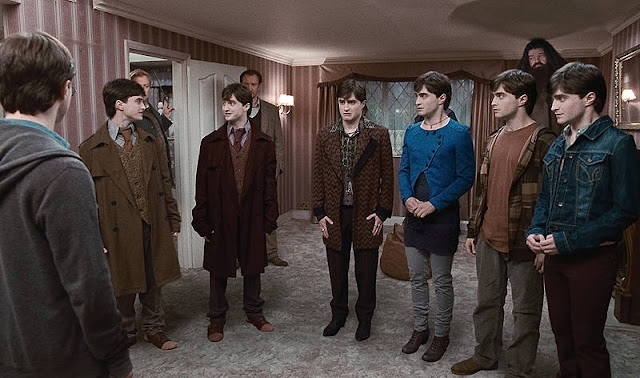 The main thing that will govern the costumes of wizarding New York is how close US wizarding culture is to the muggle world. I think it's safe to say that wizards and muggles will be separate, but how much will wizarding New York be influenced by the rest of the city? Are robes a British/European tradition that never even made it across the Atlantic? Does everyone just dress like a muggle? And how will New York's immigrant population affect its magical culture in general? I find it hard to believe that countries from all over the world will all have the same attitude to muggles, or even to magical culture in general. Surely not everyone uses the Latinate spells of Hogwarts, or dresses like the witches and wizards of British/Western European folklore. Whatever this movie turns out to be about, we're sure to learn huge amounts about non-British wizarding culture that we never even considered before.

See also: Leyendecker and the Arrow Collar Man.
Posted by Hello, Tailor at 10:52