JK Rowling announced yesterday that she's teaming up with Warner Brothers to make a new series of Harry Potter movies, instantly causing the the top of my head to flip open with excitement. The HP books shaped my childhood, and my love of the series was recently rekindled when I got to report at LeakyCon London Harry Potter convention last month. The prospect of an entirely new story set in the wizarding universe already has me grinding valium into my martini. STAY CHILL, SELF. IT WON'T BE OUT FOR ANOTHER TWO YEARS. We need to set up a Harry Potter-related group therapy session, stat.

The new movie(s) will focus on Newt Scamander, the author of Fantastic Beasts and Where To Find Them, the definitive textbook on magical creatures. He already seems to me like an ideal choice of protagonist, because he has a strong connection to the wizarding universe but no real link to the events of the Harry Potter series. I'd be very leery of a Harry Potter spinoff that seemed to act as a prequel or sequel to the series itself, but I feel like JKR is pretty unlikely to do that anytime soon. Most interestingly, the Fantastic Beasts movie will take place 70 years prior to Harry Potter (ie, the 1920s), and begins in New York. I'm already brimming with speculation over what this means in terms of worldbuilding and, of course, how the costumes are going to look. 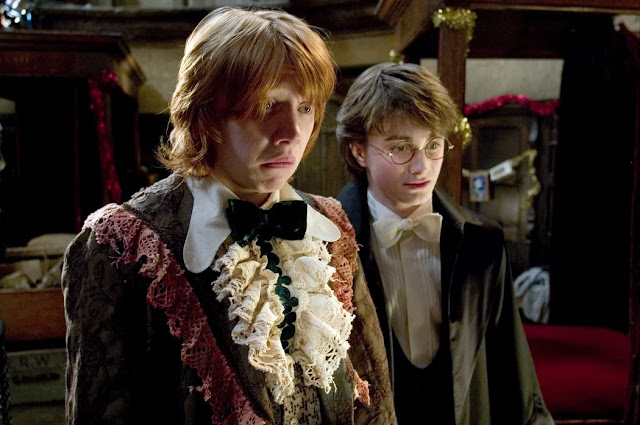 The Harry Potter books are so utterly British (and JK Rowling is so amazing at writing about the British class system) that I'm already enthralled by the idea of a story about a former Hogwarts student in New York City. We learn virtually nothing about American magical culture in the books, which is probably on purpose because it's best not to think too hard about the concept of an international wizarding community. Like, why do other countries never intervene when a tiny racist cult is going around killing people and taking over the government in the UK? My personal assumption was that Britain is seen as so backward and eccentric compared to the rest of the wizarding world, that other countries have a total non-intervention policy. Considering Britain's disastrous muggle/wizarding conflicts, class system, and inexplicable decision to segregate all children by personality type at age eleven, it hardly feels like a place that's very in touch with the outside world. Well done, you put all the ruthlessly ambitious kids together in a school house that's known for producing dark wizards and racist fanatics. What could possibly go wrong? Without the "benefit" of the Hogwarts house system, who knows what wizarding society would be like. 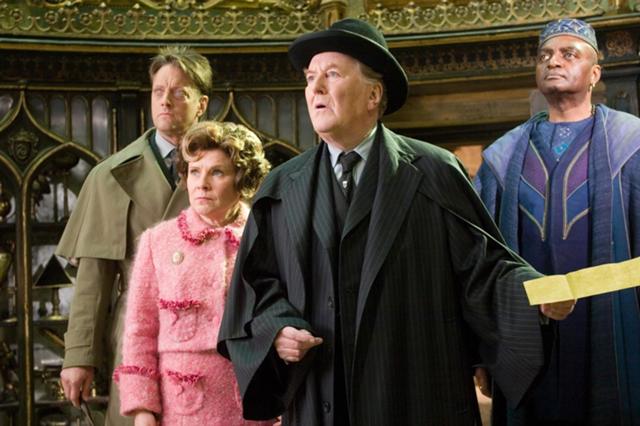 There are a few things we can expect from the setting of 1920s New York. The most obvious, to me, is greater racial diversity than we saw among the main cast of the HP films. While the books are open to interpretation, the movies are very white when it comes to speaking roles, particularly among the adult characters. The casting generally defaulted to white unless the character is explicitly described as otherwise (ie, Kingsley Shacklebolt), which is partly down to the semi-accidental racism of almost all movies casting white actors by default. The other reason is that the books give the impression of being set in ~historical~ England. 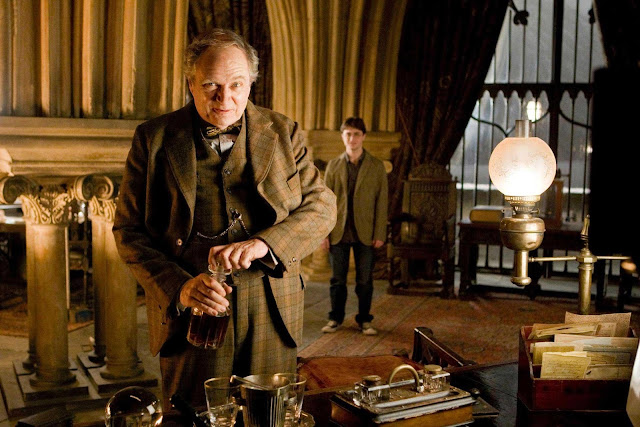 Even though Hogwarts is in the Scottish Highlands and the main storyline takes place in the 1990s, the overall feel is that of an English boarding school adventure story, a genre that largely focuses on the period on either side of WWII. The only other major locations are London and Hogsmeade, both of which seem decidedly Dickensian and pretty distant from the multicultural world of 21st century cities. Hogwarts feels like a 60-year-old story taking place in a medieval castle, while general wizarding society has something approaching a 19th-century class structure. The only three wizarding households we see are Malfoy Manor (literally a manor; owned by aristocrats), The Burrow (just outside a small village in Devon), and Grimauld Place (a decaying Victorian town house). None of these exactly scream "modern, multicultural Britain". If Hogwarts had been located in central London during the same time period, it would've been harder to get away with casting almost everyone as white.

While English boarding schools, rural manor houses and Dickensian London all inspire certain ideas of how characters and stories "should" look, 1920s New York gives us entirely different expectations: flappers, jazz, gangsters, the Harlem Rennaissance, and the Great Gatsby. Plus, having read the mystery novel that JKR recently published under a pseudonym, I'd say that she's listened to criticism since the HP books were written, and puts a lot more thought into writing diverse range of characters. Either way, I'm gonna be majorly disappointed if the Fantastic Beasts movie doesn't include at least one scene where clueless Hufflepuff Newt Scamander wanders into a wizarding jazz bar and/or encounters some kind of prohibition-esque NYC hijinks. Also, there must SURELY be at least one black market magical creature smuggler in this movie, right? (CAST TOM HARDY IN THIS ROLE. CAST TOM HARDY IN THIS ROLE.) 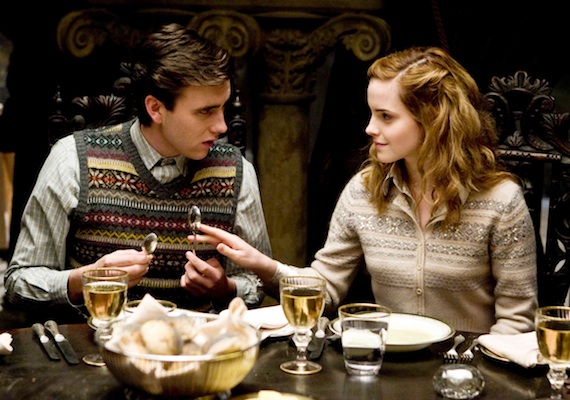 Thinking abuot JKR's transition from page to screen, I'm curious to see what happens with regards to worldbuilding. The later HP films are genuinely good, and I think it's safe to assume that Fantastic Beasts will be of a similar tone (ie not a "children's film"), but much of the enjoyment for HP fans comes from the fact that we're aware of the extended universe behind the movies. Sure, there are plenty of people who never read the books, or read the books after watching the films, but JKR's strength lies in attention to detail, specifically when it comes to worldbuilding and minor side-characters. The HP universe is so rich and complex that every chapter contains some new spell or backstory detail or minor character, and all of them are interesting enough to warrant their own story. But you really can't get that level of detail in a film. I can imagine JKR getting frustrated at the limitations of writing a screenplay, but who knows. She spent a decade consulting on the original movie series, so she's hardly a novice. 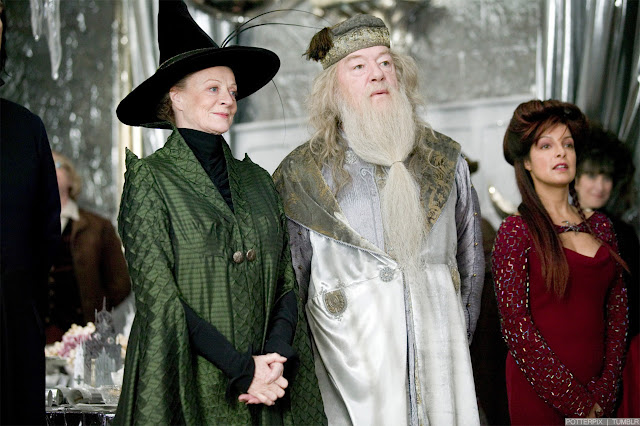 When it comes to costumes, I'm hoping that Fantastic Beasts looks drastically different from the Harry Potter series. Obviously 1920s NYC is pretty distant from a medieval castle full of teenagers in the 1990s, but the historical setting may be a hindrance because the HP series already looks like a historical drama. The costume designers did an amazing job, but they were kind of stuck between a rock and a hard place when it came to transferring wizarding fashions from book to film. The robes in the books are described as being an entire outfit (rather than a sort of optional overcoat, which is how they look in the movies), with most people also wearing pointy hats. Wizarding styles were intended to be so different from muggle clothes that pureblood wizards don't even understand muggle fashion, with some wizards even having a problem with the concept of trousers. But it's difficult to transfer this look to a movie set in present-day Britain, because most characters would look so weird that audiences might find it distracting. So the designers had to think of other ways to set traditional wizarding fashion apart from the muggle world. 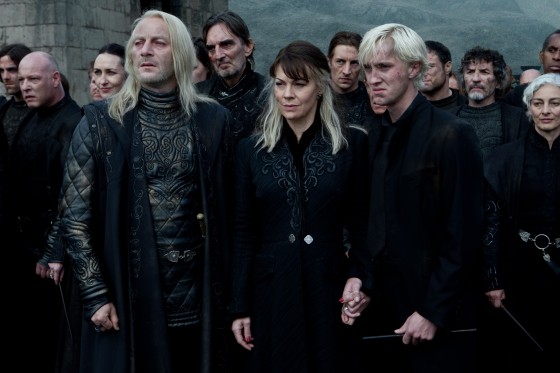 Even the robes worn by older witches and wizards are often close to just being a three piece suit or a dress, aside from especially "magical" characters like Dumbledore, McGonagall and Snape. Lucius Malfoy may be a traditionalist but his leather battle robes are an exception, with most of his costumes looking like a cross between an old-fashioned suit and a costume from a historical drama. The most common style among wizarding characters is some kind of normal-looking outfit with a robe-like coat over the top, while "dress robes" are just muggle eveningwear with the men's outfits taking on a slightly 19th-century aesthetic. 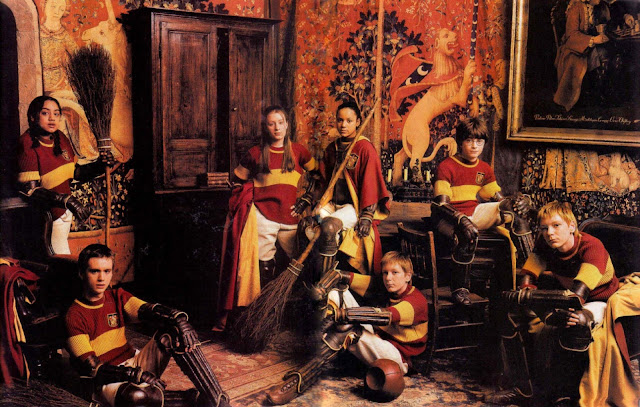 In my opinion the most well-designed "traditional" wizarding outfit is the original Quidditch robes, while the Hogwarts uniform is basically a normal British school shirt-and-tie uniform with an academic/graduation gown instead of the blazer. And hardly anyone wears a hat, because it's difficult to identify with a teenage everyman hero when he's wearing a pointy hat and an ankle-length gown. Even the casual clothes worn by Harry, Ron and Hermione have changed from book to film, I think. I always felt like the clothes worn by the kids in the books implicitly fit in with the boarding school aesthetic (ie, nonspecifically mid-20th century non-fashions, like wearing knit sweaters all the time), while the movie updates them to wear more contemporary outfits like jeans, hoodies, and t-shirts. I'd be interested to know whether the appearance of characters and costumes in the earlier film adaptations actually changed the way JKR described them in the later books. 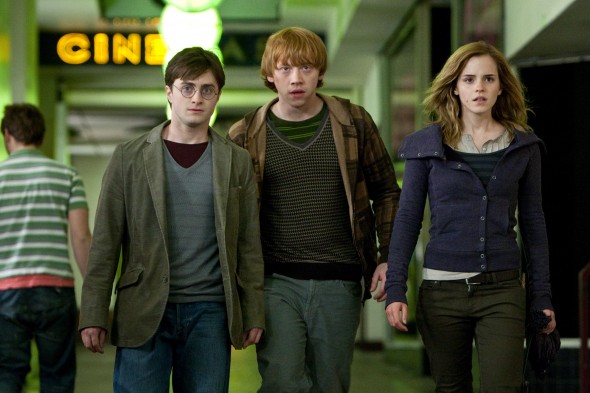