Movie costumes I have loved: a fan's introduction to costume design.

When rating movie wardrobes, I deduct points for both period dramas and musicals. Allow me to direct your attention to the list of Academy Awards for Best Costume Design. In the past fifteen years, the only winners that weren't period dramas or musicals were Lord Of The Rings and Alice In Wonderland, both fantasies featuring very ostentatious costuming (not that I begrude LOTR its win, which was thoroughly deserved). Is this because all the designers working on films with a contemporary (or futuristic) setting were incompetent? I doubt it. It's similar to the often-bemoaned problem of hammy "Oscar bait" performances -- At this point, putting Keira Knightley or Helena Bonham Carter in a corset and crinoline is the costuming equivalent of getting Philip Seymour Hoffman to play a mentally-ill Nazi.
As far as I can tell, the main points taken into consideration when judging movie costumes are these:

1. Authenticity. This mostly concerns period dramas, but since they make up the vast majority of costume award nominations (not that awards are the be-all and end-all of cinema, but still.) it's probably the most important point. A lot of fuss is made over historically accurate costuming, which I'd immediately dismiss as pointless. First of all, you can't make a truly historically-accurate costume for anything set before, oh, 1850 or so, for these reasons:

A lot of effort went into making this costume as authentic as possible, including handling the original gown in the archive at Kensington palace. In an interview about the process of making this gown, Sally Powell (a nine times nominee and three time winner -- all for historical dramas -- of costume design Academy Awards) describes perfectly the archetypal historical drama costume process:

"...made completely from scratch with us creating the fabric first. Having seen the original in the archive, it was a challenge to recreate this. We did this by buying a plain fabric with a metallic thread in it, then dying it to the right shade of gold, then all the intricate embroidery was recreated by printing and hand painting."

That's bloody amazing. You're impressed, aren't you? I'm impressed. All that work! And you can't deny that the gown looks fantastic. It's a pity they didn't go to the trouble of making the rest of the movie just as authentic -- including rotten teeth, for example (an aspect of "history" often mysteriously ignored by filmmakers), or an actress who, you know, looked anything like Queen Victoria. Why is it that people value historical accuracy in costuming so much higher than in any other aspect of a film? Take a look at the wikipedia entry for "historical accuracy in Gladiator" some time. That movie won an Oscar for best costume design as well.

2. Detail/work. A lot of emphasis always seems to be put on the "Keira Knightley in a crinoline" costumes and the horde of peons who were employed for ten years to sew on each individual seed-pearl. Why? Perhaps this is sacriligious to say, but... does that really matter? Does it improve the experience of watching the film? Would anyone care if each seed pearl was in fact hot-glue-gunned on by an intern? Probably not. They're too busy discreetly wiping away a tear as Keira spurns the latest of her interchangeable onscreen love-interests. In a way, I can more easily understand the vast numbers of people employed to make "realistic" costumes for Lord Of The Rings (most famously the artisans who wore off their fingerprints while making chain-mail by hand) because the core audience for those films were nerds, ie the kind of people who are detail-oriented and obsessive enough to appreciate it. The core audience of films like The Duchess and The Young Victoria? Probably not all that nerdy.
In Priscilla, Queen of the Desert, the costumes were made on a tiny budget (including one dress made from flip-flops, pictured above) by a handful of people, and yet were far more fitting and individual to the characters and setting than the "accurate" yet personality-free costumes found in many historical dramas. The costumes of Priscilla were truly original and imaginative, although I admit they do fit into my final category of Oscar nomination staples...

3. Sparkles! There's something about people dancing around in shiny outfits that taps straight into the animal hindbrain and makes it go, "Yay!"
This is the reason why musicals are the other main recipient of comments to the effect of  "wow, those costumes were brilliant!" Well, yes, they probably were, because a large amount of time and money went into them, but what you really meant was, "wow, those costumes are really noticeable!" With musicals, you can't help but notice that people are wearing a costume, which in any other type of film is the exact opposite of what you should be going for. In most other films, consciously noting the costumes probably means that you've been distracted from the actual content. The fourth wall has been breached.

The one thing I think actually matters.

Having read the last few paragraphs, you probably think I have no respect for the hard work and talent of costume designers. Not true! In fact, I am in awe of a great many historical films for precisely the same reason most people are: the amount of effort that's been put into their historical authenticity. (Also, the quantity of pretty sparkles.) However, I think there's one fundamental element of costume design that is rarely taken into account not only by judges during awards season but by most casual viewers, and that is characterisation.

The most important thing about any costume is its fidelity to the character who is wearing it. You can have years of experience in medieval embroidery under your belt but still turn out a totally inappropriate set of costumes for a King Arthur movie if you haven't thought about the characters. Is this person messy or neat? Do they even care about their appearance? (A possibility that clothing/appearance-obsessed people may well forget, on occasion.) Is it practical or realistic to have them wear a different outfit in every scene? 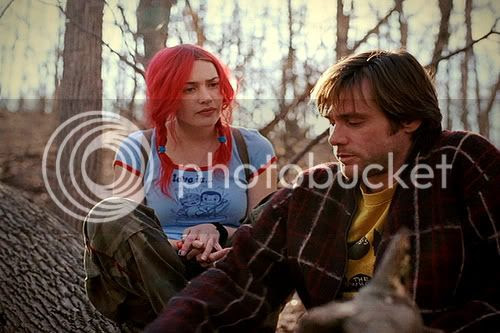 In films set in the last 30 years, this is more important than ever because of the wider range of clothing available to everyone. In a film like The Young Victoria everyone's clothes would be slightly different because they'd all be sewn and fitted by hand but they would be almost identical in style because to the unschooled eye, fashions were far more uniform until the 20th century. However, a similar film about the events surrounding Prince William and Kate Middleton's wedding would require just as much costuming but a far wider range of styles. The Oscar would probably go to the one set 150 years in the past, though, because you'd notice the costumes.

So, next time you're watching a movie set in 1995, or 2005, or the amorphous "present day" of most relationship dramas and action movies, take a look at what everyone's wearing. And see if it's more or less authentic in relation to the characters' personalities than the costumes worn in a film set a century earlier.
Posted by Hello, Tailor at 09:23

Email ThisBlogThis!Share to TwitterShare to FacebookShare to Pinterest
Labels: costumes, movie costumes i have loved, movies