As a teaching tool, The Big Short does a good job of explaining the 2007 financial crisis. Its strongest point (aside from a couple of great performances from Christian Bale and Steve Carrell) was the way it flipped the narrative, encouraging you to root for the financial crash to happen so the protagonists would be proven right. But otherwise, you're stuck with dialogue feels like an interview transcript, interspersed with documentary-style montages of Americana footage. And it's relentlessly, pointlessly sexist throughout.

Take the Margot Robbie scene. Halfway through the movie, Ryan Gosling breaks the fourth wall and says something like, "This is boring, so here's Margot Robbie to explain it in a bubble bath." And that's it: two minutes of Margot Robbie talking about subprime loans from a bathtub. 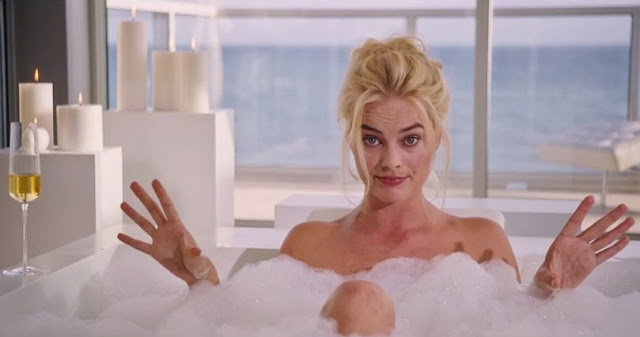 Later they did something similar with Anthony Bourdain, and then with Selena Gomez and the economist Richard Thaler. In other words, two men who are experts in their field, and two women whose job was to look pretty while giving someone else's economics lecture. The pinnacle of smug, self-aware sexposition.

If you're telling a story about Wall Street during the financial crash, most of your main characters are going to be douchebags. It's unavoidable. The problem is that instead of digging into that characterization and examining why these guys are the way they are, The Big Short is just... a douchey movie about douchebags. It's critical of Wall Street on an institutional scale, yet still buys into the smug sense of humor shared by its cast of finance bro protagonists.

All the truly effective moments were drowned out by shitty little scenes like the racist joke about Ryan Gosling's Chinese math consultant. The second punchline comes when the consultant breaks the fourth wall and points out the joke is racist, but in a film populated by white protagonists and written by two white guys, this just doesn't work. Rather than being a moment of pithy self-criticism, it feels more like they hired an Asian actor to walk back a racist joke that the audience had already laughed at. 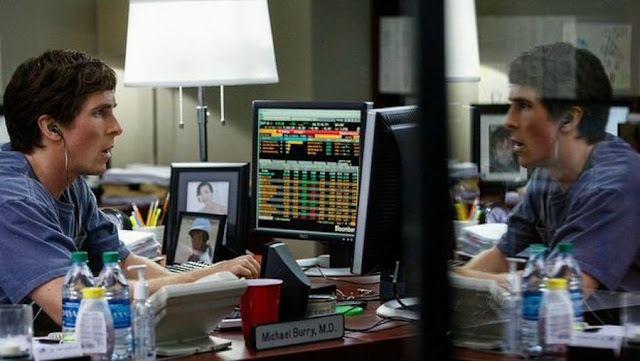 The final nail in the coffin was my discovery that Adam McKay straight-up deleted a woman from the narrative. Financial analyst Meredith Whitney was among those to predict the 2007 crash, and she even appeared in the nonfiction book The Big Short was based upon. But for whatever reason, Adam McKay decided not to include her, and instead focused on an oversized cast of white guys. The women in the movie were: Margot and Selena, some strippers, Steve Carrell's supportive wife, flirty Karen Gillen, a black lady who was Wrong, and a blind lady who was Wrong.

This kind of casting speaks volumes about Adam McKay's attitude to women, and makes it all the more embarrassing that he got nominated for Best Director and Adapted Screenplay. In another film, I'd accept an argument that the predominantly white male cast was a) realistic, and b) an intentional commentary on rich white guys getting away with murder. But in the context of a movie where Steve Carrell explains mortgage fraud to a topless stripper, it's clearly just poisonous garbage.