Costume design TED Talk: From Clothing to Character. (Plus some notes on Sleepy Hollow.)

I thought some of you guys might be into this: A TED Talk about costume design! Kristin Burke is a pro costume designer and has a lot to say about the way costumes influence our perceptions of characters onscreen. Which, as you probably know, is my #1 favourite topic. It's an interesting talk, and the YouTube comments are still at the stage where no one is having a flamewar about Hitler, and someone has actually asked a pretty sensible question, ie: "HOW DID SHE GET OUT OF THE TRUCK?" (... Now you have to watch the video to find out how she got into the truck.)

I actually found out about this video because I follow Kristin Burke on Twitter (@frocktalk), so I've also noticed that she designs the costumes for the Sleepy Hollow TV series. A job which seems to involve being very patient with the hundreds of people who are obsessed with whether or not Ichabod Crane (an 18th century time traveler, more or less) is ever going to change his clothes. 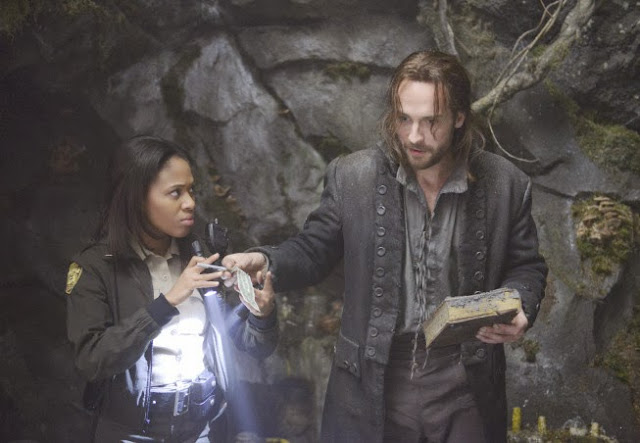 So many Sleepy Hollow fans are fixating on this detail that I've even had a few messages about it myself, despite the fact that I haven't even watched past the pilot episode. I'm afraid I'm not gonna start recapping Sleepy Hollow, but I will repost my thoughts on Ichabod Crane's costume:
Obviously I'm psyched that people are paying attention to the costumes in this show. But! I don't really think it's valid to criticise the showrunners/designers for having Ichabod wear the same outfit in every episode. Off the top of my head, here are just a few reasons why this is the case:
Sometimes, historical "accuracy" should be ignored in favour of making the end product as comprehensible and entertaining as possible.

See also: A fan's introduction to costume design.
Posted by Hello, Tailor at 10:18