A Jean Paul Gaultier triple-bill! I probably should've posted these first, as an aperitif to the high-end extravagance of the Couture collection last week, but I got too excited and forgot about them. 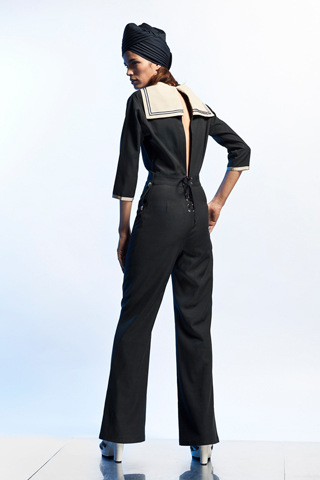 The Menswear and Resort collections had far more in common with each other than with the Couture show, both taking inspiration from two of Gaultier's favourite design themes: sailor suits and Indian fashion. 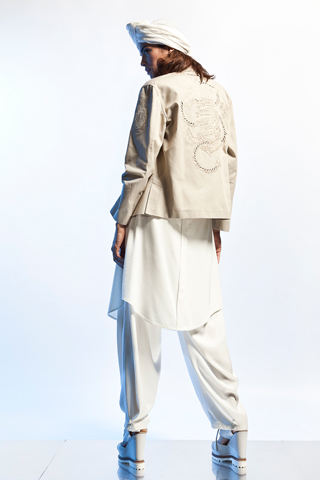 The main thing that impressed me about this collection was that it was so recognisably Gaultier without actually including any of the things that I traditionally think of as Gaultier -- corsetry, drag, and structured eveningwear. Gaultier isn't a designer that I associate with relaxation so it's honestly a bit of a disconnect to realise that he can put out a resort collection that looks wearable, comfortable, and interesting. With most big-name designers, resort collections either turn out looking too extravagant and couture-like (ie, Alexander McQueen) or are little more than high-street clothes with a designer label. 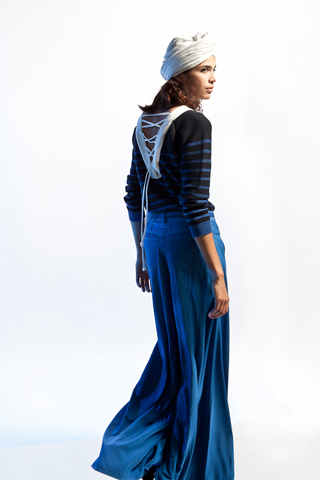 Maybe this is a no-brainer, but I really feel like Gaultier knows how handsome works. A significant proportion of all menswear shows include at least one tux, but Gaultier's slight edge of femininity in the cinch-waisted trousers and short jacket makes his tux stand out from the crowd. 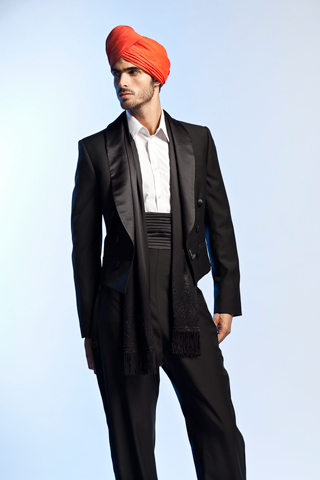 I'm not sure what to think of the turbans. In Western womenswear there's a certain tradition of headwraps and turbans dating back to old Hollywood, but it seems somehow more daring for a man to wear a turban for non-religious purposes? Obviously people wear what they wear for any number of reasons, but I'm pretty sure that Gaultier's inspiration for this collection was explicitly Sikh. Maybe I'm just overly touchy about these things but when clothes have some religious connotation it always makes me a little uncomfortable when they get repurposed as "fashion". 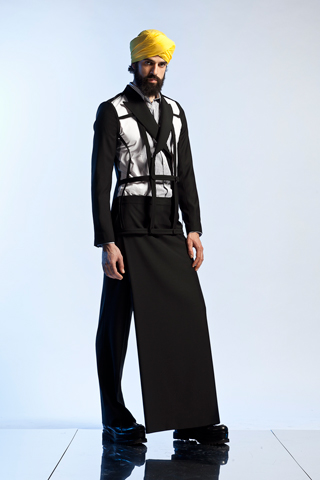 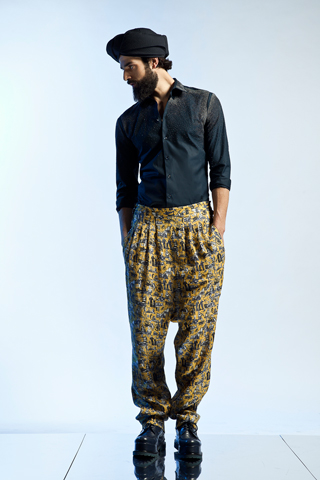 I think these are... kilt shorts? Which sound kinda terrible on paper but turn out to look awesome. Instead of the flat front of a kilt, they split into shorts with a pleated skirt at the back and sailor-buttons at the front, in keeping with Gaultier's perpetual love of sailor suits. 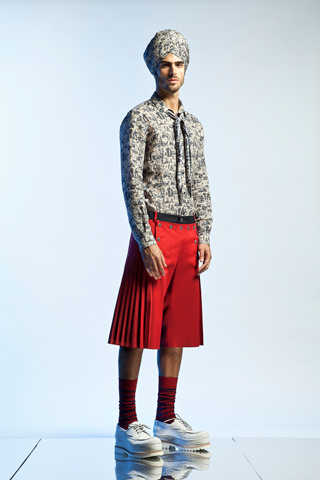 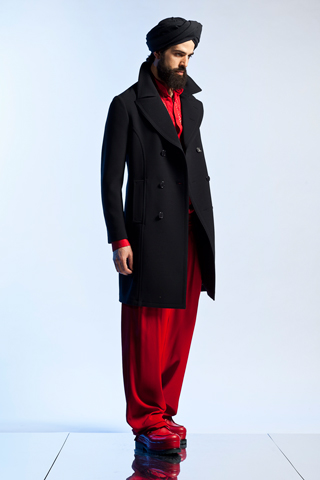 I LOVE EVERYTHING ABOUT THIS OUTFIT. Black utilikilt? Awesome shoes? Gradated stripes? I wish more guys felt comfortable wearing kilts and skirt-like outfits because this is SUCH a good look. 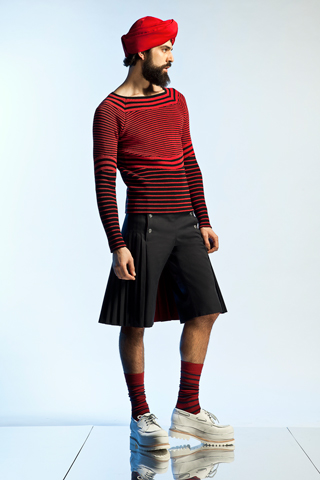 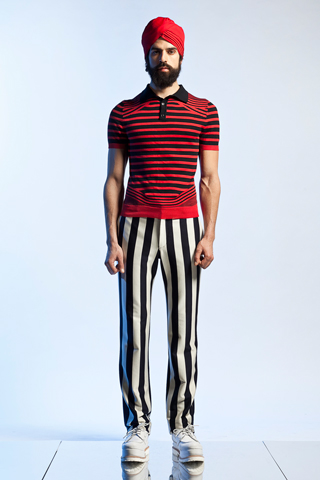 Of course, it wouldn't be Gaultier if there wasn't a little silliness thrown in as well. When an outfit is made up of nothing but stripes, it's practically inevitable that you're going to end up looking like a mime. Or in this case, a turban-wearing sexy sailor mime. I'm sure someone can make it work.  Eugene Hutz, maybe? 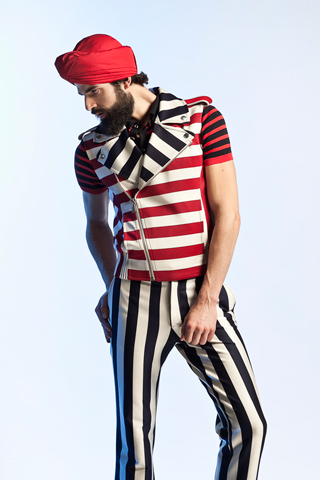