Belstaff
Glad to see that Belstaff has moved on from designing motorcycle jackets and Sherlock's swishy coat and has now adopted "hipster Nazgul" as a style theme.
Agi & Sam
This season seems to be dominated by the monochrome palette, which was an unusual choice for the ordinarily colourful Agi & Sam. I'm not as wild about Agi & Sam as some people (they're kind of the darlings of young British menswear right now), but I prefer their earlier work to this particular collection, which relied too much on grey and white checks and the kind of loose tailoring that makes most people look awkwardly gangly. I was interested to read up on their influences though, with many of this season's prints turning out to be inspired by Masai clothing. 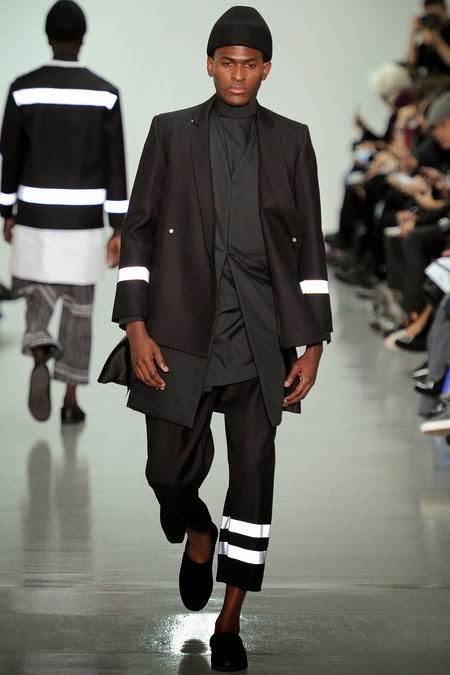 Alexander Wang
OK, so you kind of know what you're going to get with Alexander Wang. Soft, comfortable-looking street sportswear, but priced at a level that you can only afford if you personally have the ability to lay Faberge eggs. It's not something that I'm personally into, but I respect his expertise and I love the boots this year, very badass. 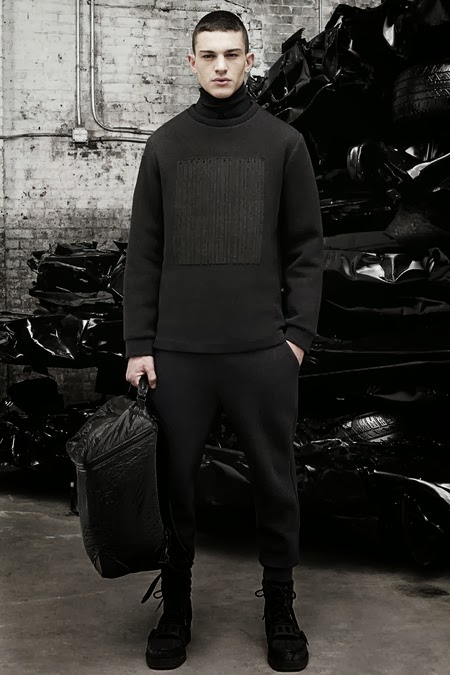 This next outfit: The Human Car Tire. 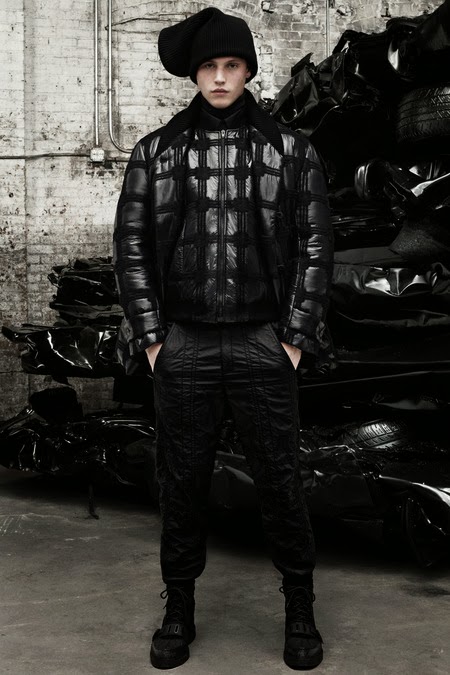 Balmain
This season's Balmain will be an A+ choice if you're sylphlike 19-year-old guy who doesn't mind looking like a vaguely bitchy and incongruously rich art gallery intern, but it probably doesn't have much of an audience outside of that specific demographic.

Balmain are way better known for their womenswear, which usually cleaves close to the formula of very shiny, detailed dresses and short, tailored jackets. I find their menswear a little harder to pin down. The best descriptor I can think of is that their mens' clothing looks A LOT like it should be worn by a K-pop boyband, possibly thanks to the overabundance of slim, decorated jackets and boyish models. 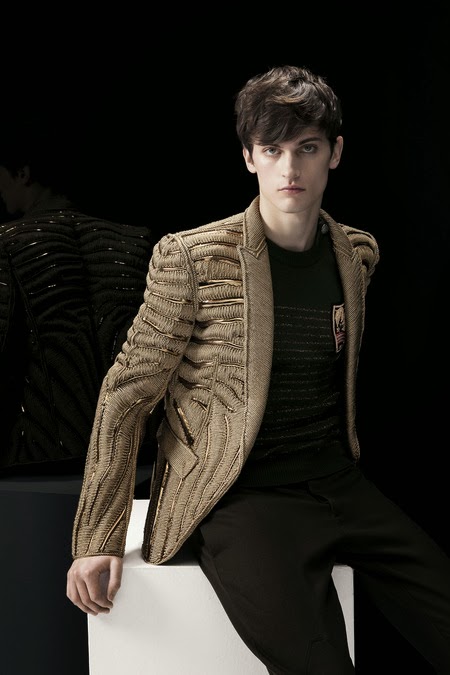 I mostly included this next one due to the unusual, boxy cut of the jacket and shirt. Obviously every new season of menswear brings with it a plethora of neutral-toned suit jackets, but it's relatively rare to see one with this strange shape that cuts off just above the hip, and apparently has no waist at all. There's no attempt to widen the shoulders or elongate the legs, which generally tends to be the purpose of most suit-style menswear tailoring. (Also, Balmain's love of trousers with this type of knee padding is another thing that reminds me of Korean fashions, although I don't know if it's actually one of their influences or if it's just a coincidence.) 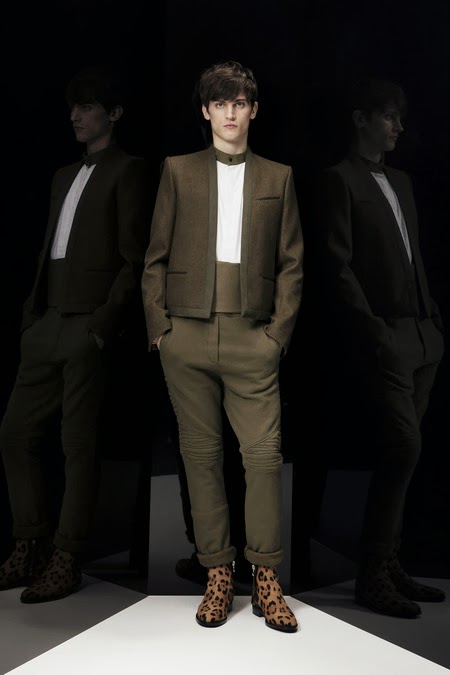 Leopard print, by the way, was an ongoing theme in this collection. Not the best idea, TBH. The leopard print jackets looked a little tacky, and I'm not overly fond of the shape of those boots. This black sweater/leather trousers outfit is lovely, though. 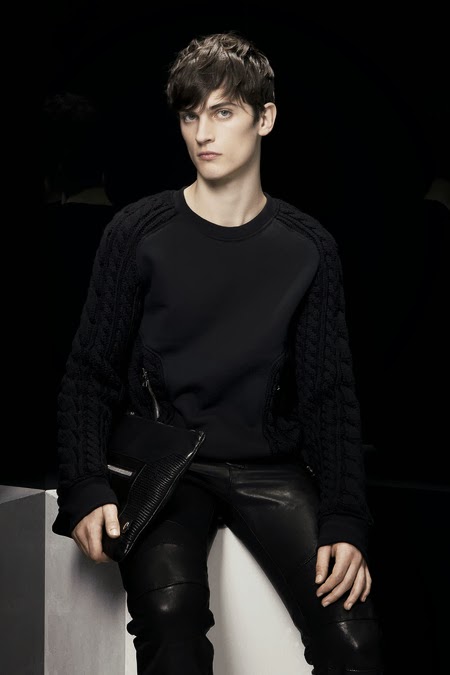 Berluti
Berluti can get it, basically. This whole collection was classic from beginning to end, and I recommend googling some reviews from the actual show because the craftsmanship behind these clothes is incredible. Despite what my blog title may imply, I'm not actually a tailor, but it certainly sounds impressive to me that some of the coats in this collection involved sandwiching a "membrane" of wool between two layers of boiled cashmere for extra warmth and durability. 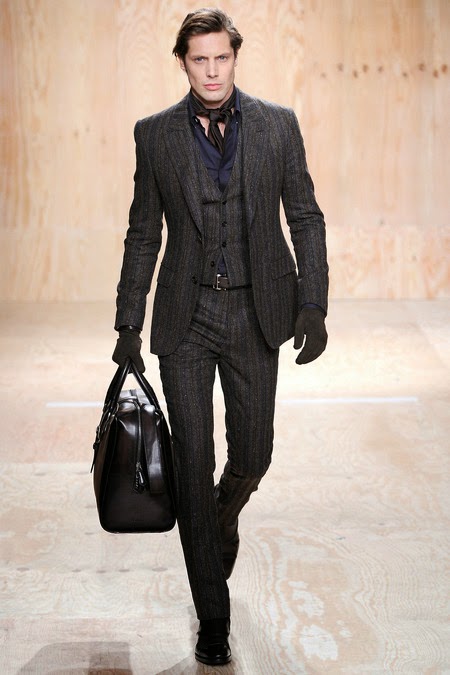 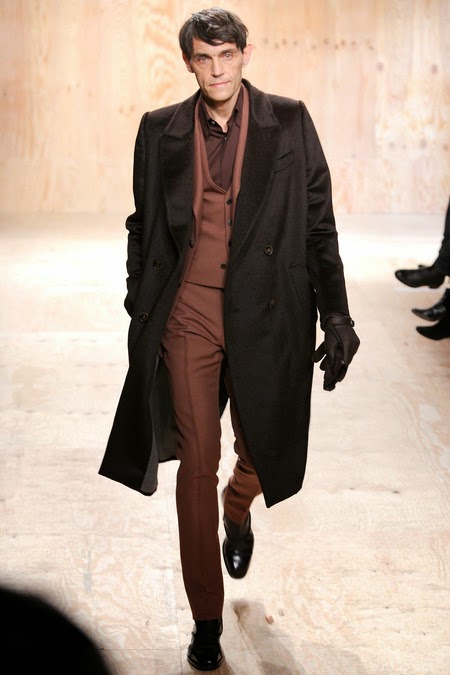 Alexander McQueen
Not McQueen or Sarah Burton's most exciting work to date, but still a solid collection. Particularly if you, like me, are kind of a goth. The fashion show's music included Bela Lugosi's Dead by Bauhaus, and many of the models wore crow feathers in their hair. 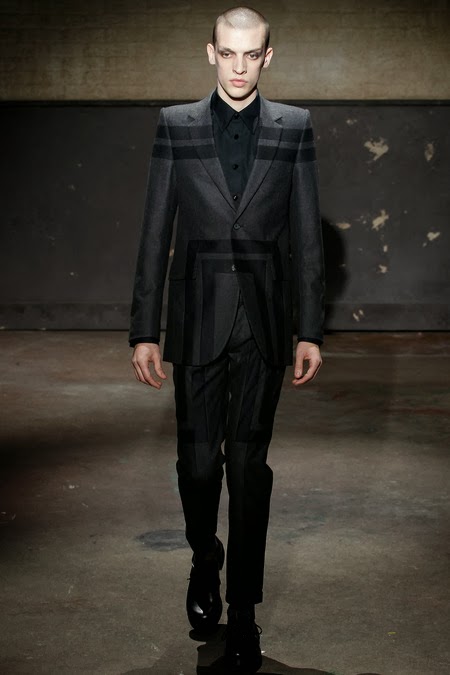 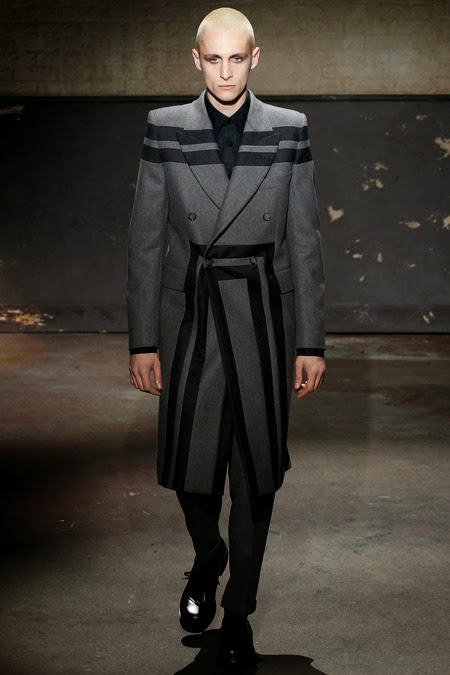 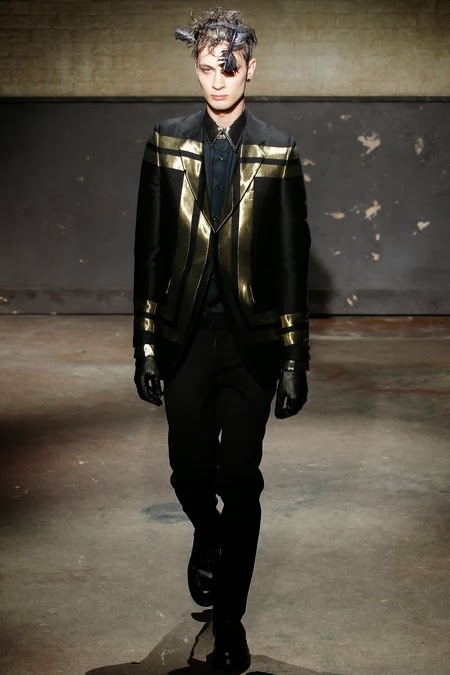