Previously: Teen Wolf 101: An introduction to the eighth wonder of our world. (Now available in audio as well!) 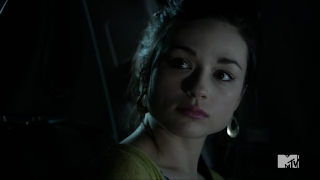 Lydia and Peter Hale
Lydia is the most alienated kid in this show. Even Derek isn't as lonely as she is. (Does she even have parents?) The way the audience gets to see Lydia is one of my favourite things about season 2, and it makes smart use of the editing difficulties caused by an ever-growing ensemble cast. In some cases (Boyd; Danny) the fact that there isn't enough screentime for everyone can be frustrating, but with Lydia it helps to illustrate why no one has any time to realise how much trouble she's in. Young-adult supernatural fiction is brilliant when it comes to these kinds of great big clanging metaphors for adolescent angst -- werewolves dealing with strange new urges and bodily functions; vampires lusting after people they never used to notice; human characters being dragged under by mind-control or demonic possession while their friends fail to notice.
I never thought I was going to be a person who loves Peter Hale, but Teen Wolf seems determined to make me accept that every single character is awesome. Peter is evil in a way that must surely be completely different from his personality prior to the Hale House fire. We may never know what he was like when he was still sane, the one lingering personality trait from his old life being the fact that he's cerebral in a way that most other Teen Wolf characters really... aren't. His treatment of Lydia is beyond creepy, but I feel like the writers are purposefully pushing all the ways in which he values both her intelligence, and intelligence in general. In season 1 he tried to recruit Stiles because he recognised that Stiles was "the smart one", and now he's commiserating with Lydia about how her friends never tell her anything. Oh, and on top of that he's always coming out with these random facts like some kind of quiz-generator. I get the impression that one of the reasons why he scorns Derek may be because Derek just isn't book-smart at all.
Spiking the punch.
I'm an idiot and am still not 100% clear what was going on with the spiked punch, so, uh, hit me up in comments if you can explain it to me? It seemed like the purple petals in the punchbowl were meant to be wolfsbane, but Lydia's hallucinated wolfsbane in the past so maybe it wasn't even there? Plus, wouldn't wolfsbane only effect wolves? Or effect werewolves and humans in different ways? Was it Matt or Lydia who did the spiking? Or was it just one of the gatecrashers, drugging everyone with something more mundane? Either way, the spiked punch did provide me with my favourite Scott Is A Potato moment of the episode: his hallucination of Allison making out with a kanima. Everyone else gets to hallucinate an emotionally-scarring image of their greatest fear or worry; Scott McCall freaks out because he thinks his girlfriend might make out with a giant lizard.
(Note: Like Scott, I am a potato, and therefore when we got to the part where Allison "shot herself", I was like, "Oh my god, does Allison have an evil twin? Is that where we're going with this, Teen Wolf??" which probably says a lot more about the calibre of the shows I habitually watch than it says about Teen Wolf itself.)
I can't believe that Lydia and Stiles aren't 110% married yet because they're clearly the only two members of their species in this entire show: adorable little geniuses with giant, tear-filled anime eyes. MFEO! Aside from this, my main commentary re: Stiles in this episode is the same as my commentary re: Stiles in any episode, ie, HOW DOES HE MANAGE TO BE THE COMIC RELIEF AND THE MOST EMOTIONALLY ENGAGING CHARACTER AT THE SAME TIME? Like, if Stiles and Derek ever had a baby, their genes would average out to create the normalest kid ever because Stiles has 200% emotions on his face and Derek has zero.

Victoria Argent
I'm already desperately hoping that she'll return from the dead as a werewolf next week, because this episode made me love her. You know, in a "Victoria Argent is a terrifying velociraptor" kind of way, not in the sense that I want to get pedicures with her while we discuss our favourite homicide techniques. As soon as she was bitten last week I immediately knew that this was going to be one of the best plot-twists of the season, and this episode didn't disappoint. Up until now Victoria had been a fairly one-dimensional figure, a terrifying foil for Scott's dual roles as a werewolf and the boyfriend of a teenage girl, but now I've seen the tender relationship between her and her husband I'm suddenly being sucked in like the sucker I am. At first glance she's this evil cyborg Desperate Housewife but at the end of "Raving" we got this incredibly tender scene with Chris cradling her suddenly fragile-seeming body, bookended this week by the unexpectedly personal tragedy of her death. 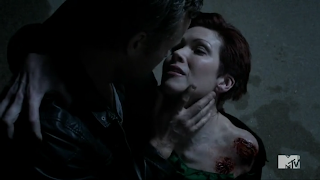 The Victoria/Chris death scene reminded me of something we were told in season 1 but hasn't really come up since then: that the Argents are matriarchal. Or at least that the women are the planners and thinkers while the men are the muscle, which implies to me that Allison's hunter training is going to step up in the near future. We didn't really see as much of this leadership with Victoria as we did with Kate, but between Victoria and Chris it was still pretty clear that Victoria was the strong one. Oh, and can I just say that Gerard Argent was on top form in this episode? Literally referring to himself as a "cold-hearted patriarch" because he's 100% self-aware that he's a terrifying homicidal warlord and just. Does. Not Care. And calling Victoria a coccoon that's just waiting to hatch! Does Gerard Argent have emotions? Signs point to no. 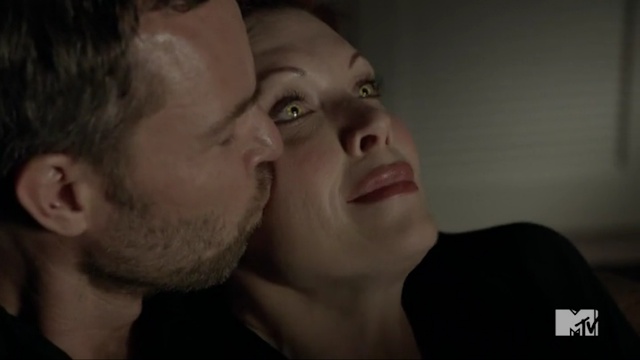 Teen Wolf realism moment of the week: Lydia's blurred eye-makeup in the opening scenes. No way would Lydia go to bed without taking her makeup off! Runners-up for Teen Wolf realism are Derek's still-mysterious subway train (is there even a subway in Beacon Hills?) and Peter Hale's glowingly white teeth when he first drags himself up out of the ground. 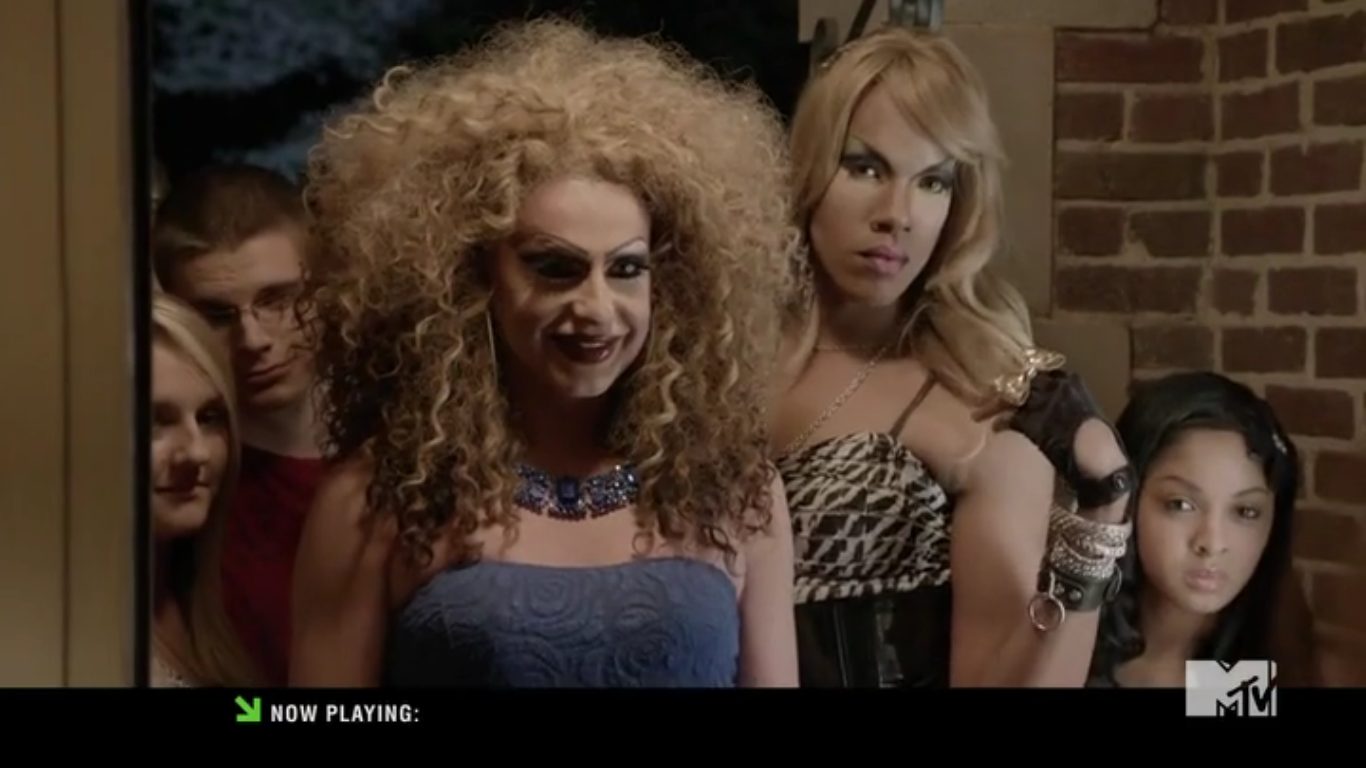 Favourite detail: Stiles calling all his new friends he met at the gay bar. CAN WE TALK SOME MORE ABOUT HOW STILES IS THE ONLY FUNCTIONAL PERSON ON THIS SHOW, PLEASE? He networks! He makes friends! He actually thinks about other peoples' feelings and understands how relationships work!
Posted by Hello, Tailor at 17:37