I was going to write about Batman today, but thinking about The Dark Knight Rises for any prolonged length of time causes my brain to dribble out of my ears. Time for me to do a u-turn from one of my passions (superheroes) to another: FASHION.

Ulyana Sergeenko
Outside Russia, Ulyana Sergeenko is still relatively unknown. A comparatively young designer, she's only shown a couple of collections so far but is already getting primetime Fashion Week slots off the back of her fame as a socialite, photographer and street-style star. I tend to be very wary of people whose supposed ~fame~ stems from street style because I don't believe that "having good dress sense" is a legitimate reason for critical acclaim, and is usually code for the person in question being the child of somebody famous. That being said, Ulyana Sergeenko's Couture show was very impressive, lending a certain gravitas to the kind of Eastern-European peasant styles that usually turn out looking twee. 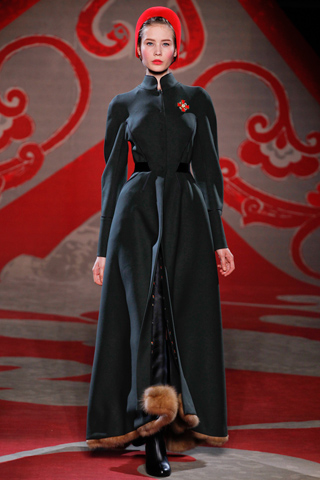 This was an emphatically wintry collection, with each of the models looking far warmer and more comfortable than one typically sees in a Couture show. There was a noticeable absense of eveningwear, which I found rather refreshing considering how much of Couture season is ruled by glitz and extremity. 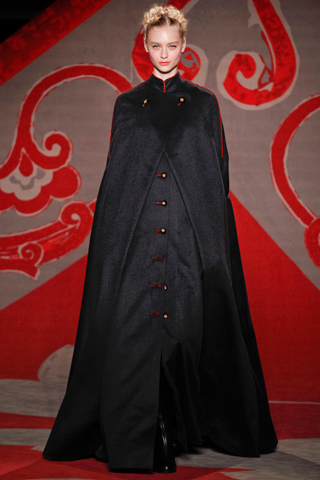 When I say that Couture is ruled by glitz and extremity I don't necessarily mean that as a criticism, but it can be a little limiting. The two extremes one usually sees are graceful, sylphlike feminity (Dior) and harsh, jagged experimentalism (Mugler; McQueen), neither of which lend themselves to bulk or comfort. High-end fashion's obsession with the appearance of thinness means that it's relatively rare for quilted skirts and thick, heavy coats to appear together. Ulyana Sergeenko's old-fashioned silhouette allows for a little extra bulk, though, as it's based on the kind of peasant styles that required a lot of heavy, practical fabrics for warmth and durability. 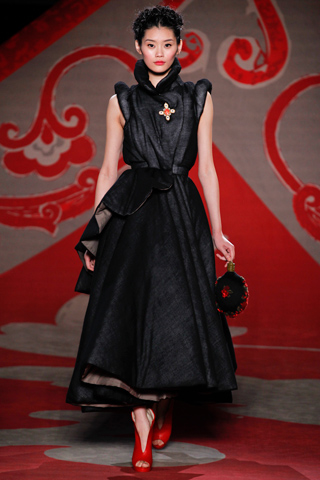 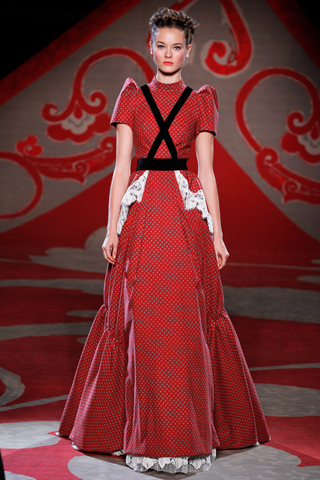 Long, 1950s skirts are a staple of Sergeenko's designs, almost always combined with a soft, clingy sweater tucked in at the waist. You can see some more summery versions of this look from last season's collection here. 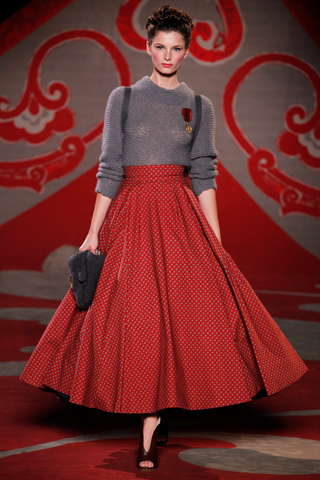 Maison Martin Margiela
Only fifteen looks long, this "artisanal" collection was short and peculiar. The models' faces were covered by jewelled masks and each of the outfits was constructed from a different found item, beginning with a relatively conservative suit with a vintage doorknob as the fastener but quickly branching out into more outlandish designs. 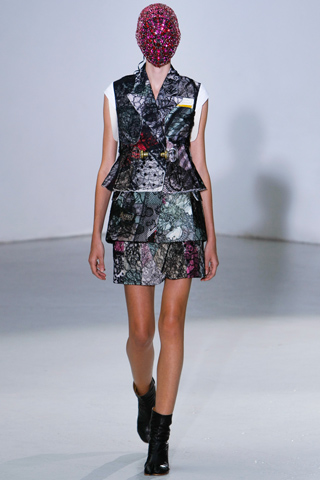 Maison Martin Margiela is a label that seems in love with its own mystery. The masked models are an old favourite for their catwalk shows, and we don't even know who the head designer is -- if indeed there is one. Margiela himself left a few years ago, and it's unknown whether anyone took over from him or if the design work is now purely a team effort. 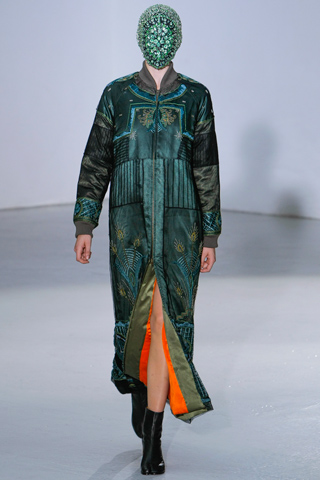 Two of the outfits were partially constructed from the dismembered remains of basebal mitts. 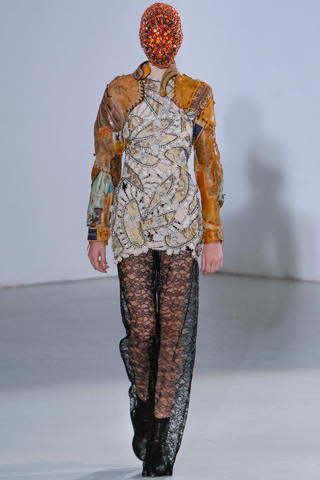 ... and this jacket was made from a windsurf sail. 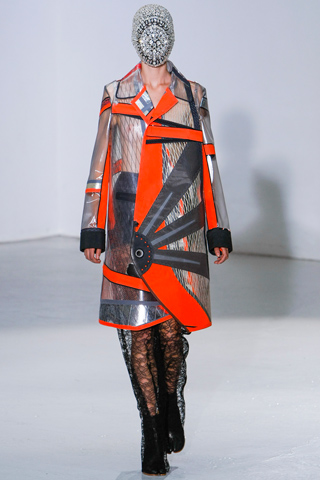 Email ThisBlogThis!Share to TwitterShare to FacebookShare to Pinterest
Labels: couture