I'm a little concerned that I'm not going to like this movie. Christopher Nolan's Batman films make great action-thrillers but they're not exactly fun. In fact, it occasionally seems like Christopher Nolan actively avoids fun. Good luck with your franchise of Serious Grown-Up Movies that attempt to legitimise a billionaire's decision to fight crime in a bat costume, dude. 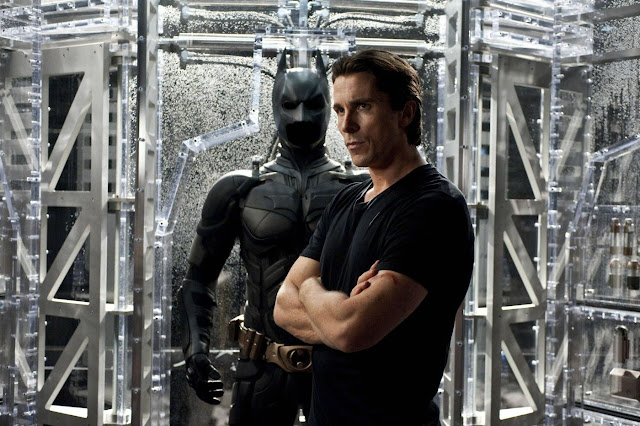 Don't get me wrong, I did enjoy Batman Begins and The Dark Knight. But the first one came out when I was fifteen and far less critical than the hardened nerd you see before you today, and the second one is 37 hours long (that's about 30 hours of car chases, 5 hours of Christian Bale growling angrily, 1 hour of Heath Ledger, and 1 hour of "other") so I've never managed to rewatch it all the way through. There's no denying that Heath Ledger's Joker is one of the best movie psychos of all time, but my main memories of The Dark Knight are of extended sequences where cars and bits of rubble crash into each other while Christian Bale howls his manpain at the moon. So I'm kinda trepidatious when it comes to The Dark Knight Rises. Without the helpful cushion of fannish delusion (Christopher Nolan's neverending quest to tell a "serious" superhero story has resulted in some of the most sterile and humourless comicbook movies ever, which isn't exactly conducive to geeking out), I'm unlikely to ever be as enthused about TDKR as I was about the Avengers. 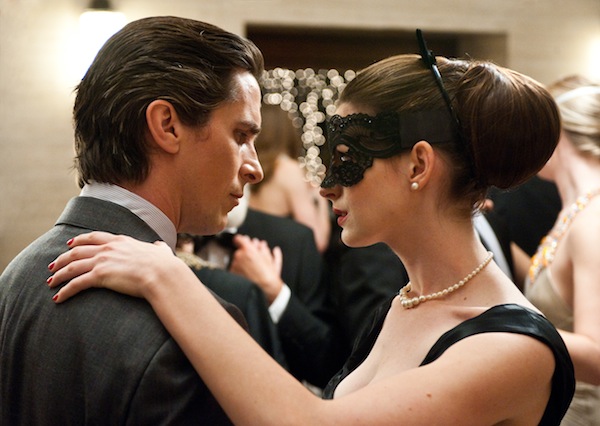 The thing about Christopher Nolan is that he's brilliant at making high-budget blockbuster movies that look fantastic and are intelligent enough that non-geeky "adults" can admit to watching them, but he's absolutely balls when it comes to emotions. Particularly emotions that involve women. Nolan's a big fan of the dead love-interest, and if the leading lady is still alive by the end of the movie then chances are she's still a beautiful enigma rather than an actual human person. Rachel Dawes in the first two Batman movies fulfills both of those critera, actually -- idealised by a man who barely knows her or spends any time with her and eventually killed off for the purposes of adding another brick to Bruce Wayne's tower of manpain. I'm not trying to say that Bruce Wayne shouldn't have manpain -- manpain is more or less the entire purpose and driving force of the Batman story -- but Chris Nolan has proven time and time again that while he understands how to make his protagonists cry sad tears because their girlfriends are dead, he's kind of useless when it comes to making audiences do the same thing. Even in The Dark Knight when Rachel Dawes is played by Maggie Gyllenhaal (ie, an actor several orders of magnitude more accomplished than Katie Holmes) she's little more than a collection of disappointed looks. She's no Pepper Potts. In fact, it's almost as if Bruce Wayne thinks she's his Pepper Potts when in reality she's just the proverbial Somebody That He Used To Know.
So, what am I hoping for from TDKR? Not for it to be like The Avengers, don't worry. I'm primed to prefer the Avengers franchise because I enjoy stories about friendship and personal growth, but comparing the two is pointless because Nolan's Batman movies aren't trying to be that kind of superhero story -- they're the ultimate gritty reboot. So, judging TDKR on the grounds of it being a gritty crime thriller rather than a trad superhero movie like Spider-Man or Captain America, here's what I'm hoping it will provide:

1. A decent character for Marion Cotillard. You already know my feelings on Chris Nolan's idea of what constitutes a good female character, so first of all I'm hoping that Miranda Tate will seem like a fully realised person rather than a few lines of clunky dialogue held together with good acting. Apparently part of her role is encouraging Bruce Wayne to continue his father's legacy as a philanthropist, and I'm interested to see how Nolan handles this. In the sillier Batman adaptations of the '80s and '90s it's easy enough to swallow the fact that Bruce Wayne's solution to Gotham's crime rate is to become a costumed vigilante, but the Dark Knight trilogy's relentless pursuit of gritty realism means that Batman teeters dangerously close to the edge of the superhero-ridiculousness Uncanny Valley at all times. If he could be putting his billions to good use as a philanthropist, then why bother being Batman in the first place? The argument is that Gotham's justice system is so hopelessly corrupt that only Batman can properly deal with the city's organised crime problem, but the more the film draws attention to the fact that Bruce Wayne could be solving these problems with money instead of his fists, the more self-indulgent Batman seems as a basic concept. 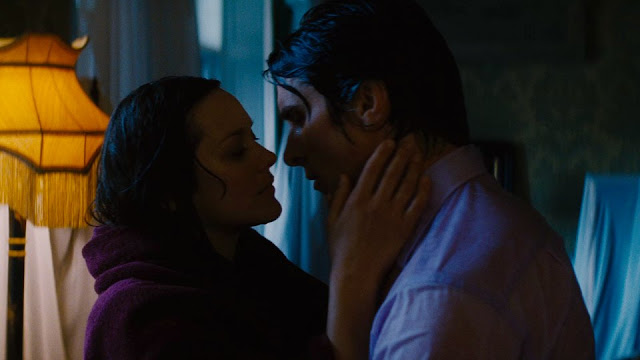 2. A decent character for Joseph Gordon-Levitt. I admit I'm immediately biased against John Blake because if there's anything the Dark Knight trilogy doesn't need, it's a 30-year-old white guy who starts off as an idealist before (presumably) having his spirit crushed by the horrors of grim reality. What a fresh new story to tell! He's going to have to be pretty damn awesome for me to believe it's worthwhile to create a brand new character when the Batman extended universe probably has like a zillion to choose from already. Especially since our previous look into the lower echelons of the Gotham PD was Detective Anna Ramirez, a corrupt cop who was written out at the end of The Dark Knight, removing the only substantial female side-character in the series. 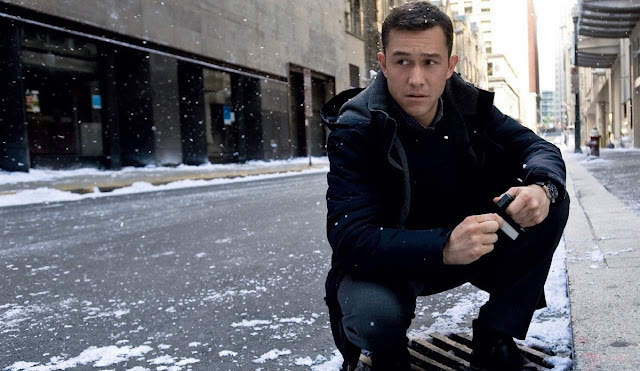 3. An awesome Catwoman. Catwoman is the only superhero/villain who can get away with wearing stiletto heels all the time, but that only really works if she's something more than just a two-dimensional vamp. I like Anne Hathaway and I think Catwoman has the potential to add some much-needed playfulness to the Dark Knight franchise, but for obvious reasons I'm a little wary of Nolan's ability to write her properly. Considering the lengths he was willing to go to make the Batsuit and Batmobile as "realistic" as humanly possibly, I can't wait to find out how he legitimises Selina Kyle's decision to climb things while wearing five-inch heels and a leather catsuit. 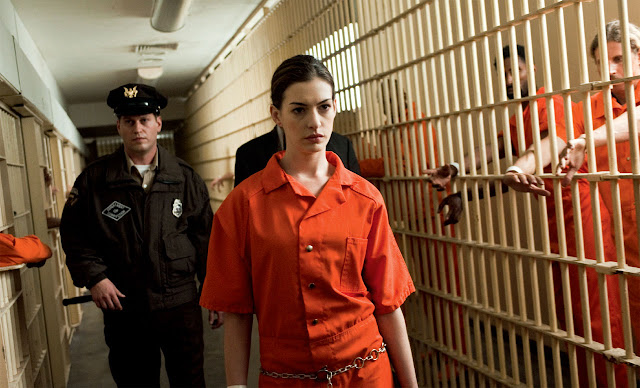 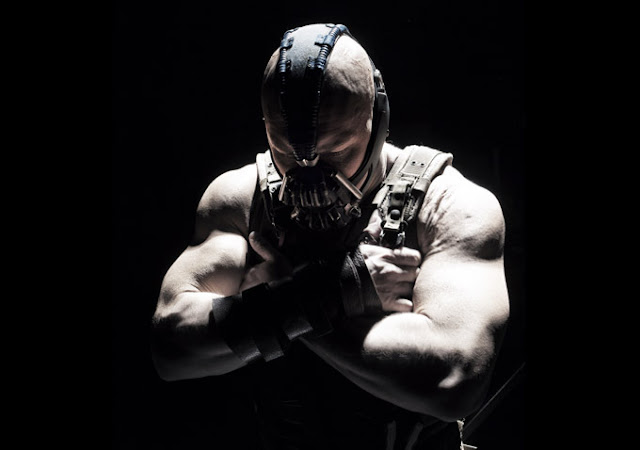 Edited to add: Aaaand, this last point, it turns out, is far less positive than I previously thought. Someone just reminded me in comments that Bane is another instance of Chris Nolan whitewashing casting. I'm not very familiar with Batman comics canon and had forgotten about this, but apparently Bane is canonically latino despite the casting of a white actor in this role. :/
Posted by Hello, Tailor at 10:52