This episode was so shitty that I considered not writing a review at all, because this is clearly not going to be a funny or entertaining post. But then I decided, hey! That would be a fitting commentary on the episode itself, which was not funny or entertaining either. As one of my friends put it on Twitter, "If this was a fanfic, I would've X-ed out ages ago."

Most of my problems with this episode boil down to two main issues: the fact that it was total nonsense, and the continuation of this season's ongoing effort to ruin Derek Hale for everyone. That second issue is pretty damn ironic, because the apparent aim of Derek's backstory is to make him seem more sympathetic and tragic, but instead he ended up looking like even more of an asshole than before. Which is, unfortunately, a microcosm of the failure of this season's "This Might Hurt" tagline.

At first, the whole "This Might Hurt" theme seemed like an excellent idea. Yes, I realise that the slogan was thought up by an MTV marketing team rather than the actual Teen Wolf writers, but it fits perfectly with Jeff Davis' love of torturing beloved characters. And we were looking forward to it! Teen Wolf thrives on angst and violence and doomed romance. HOWEVER. 90% of this season's angst, violence, and doomed romance has been focused on Derek, who does not need it. Like, his character has already MAXED OUT on trauma, what with his entire family being burned to death, and having been seduced by an evil hunter who presumably warped his view of sex and relationships for life. In TV Land, where every "dark" and "misunderstood" character has to be fueled by childhood trauma and dead-relative manpain, Derek Hale was already lightyears ahead of everyone else in Teen Wolf. 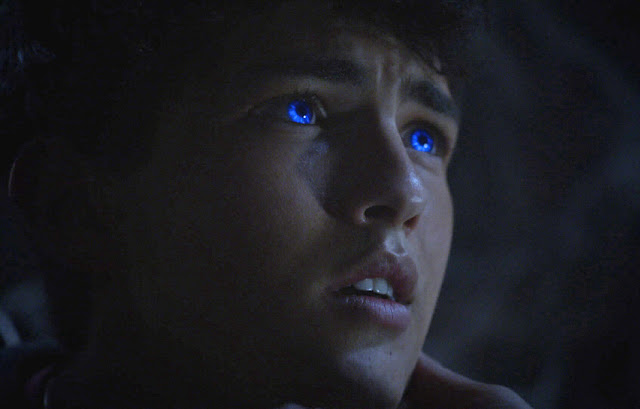 In the first two seasons, Derek Hale was a compelling character because every hint of backstory helped us make sense of his emotionally stunted personality. When you know that his family were all murdered by his first girlfriend (or, as we now know, not his first girlfriend), you have an immediate explanation for why he's terrible at interpersonal relationships and is suffering from a pretty clear case of PTSD. Basically, Derek's method of surviving his horrible life is just to react to everything without thinking it through, because his universe is a cruel and chaotic place, and he never got the chance to learn how to think things through. As a characterisation choice, this made perfect sense, and was also a really beautiful example of how to make an outwardly assholic character seem tragic and sympathetic -- without negating his many personal flaws.
Season 3 has gone out of its way to negate this by adding a bunch of angst subplots that either led nowhere (Cora) or seemed completely superfluous (Erica and Boyd). Boyd's death was particularly irritating, because it was almost pointless from a "This Might Hurt" standpoint (because Isaac would have been a more "hurtful" death, and because Boyd was generally underutilised as a character). Also, as I previously pointed out, Derek doesn't need any more manpain. And there was a direct corrolation between Boyd and Paige's deaths, because they both had this implausible attitude towards their impending demise: to reassure Derek that it was "worth it". Or in Paige's case, that she somehow ~knew all along~ that it was going to happen, and that she still loved him. I'm sorry, but this is bullshit. Yes, Paige and Derek were involved in an ~intense teen romance, but Paige was given BARELY any character development and was very obviously an accessory to Derek's manpain. And if anything, her bizarrely sanguine attitude towards being violently murdered was even less believable than Boyd's, because she was a fifteen-year-old girl, and had no previous exposure to violence. This was a by-the-book example of the fridged girlfriend trope:
Now, everyone go watch this multifandom fanvid about manpain and the fridged girlfriend trope, and try telling me that Paige Nolastname's life and death were even remotely meaningful. And don't even get me started on Young Derek Hale as a gross, douchey example of "romantic bullying" in young teen romances. HE DOESN'T EVEN ASK IF SHE WANTS THE BITE. 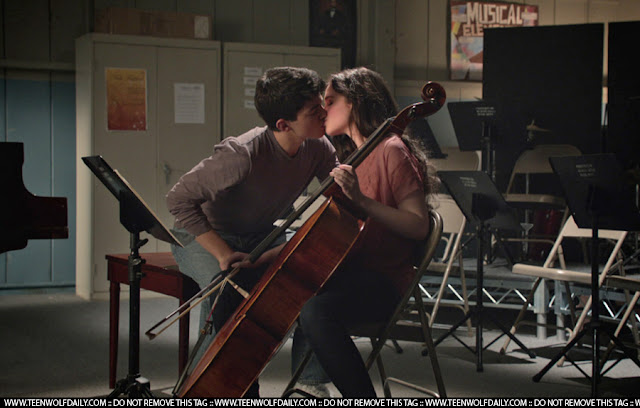 The introduction of another bad-idea romance into Derek's life at least partially undermined what we already knew about his relationship with Kate. The idea of inexperienced teen Derek being exploited by an older woman who then murdered his entire family is deeply, deeply tragic and is a perfect origin story for the emotionally paralyzed angstbucket we see today. However, the addition of "Derek Hale: douchey stalker who semi-murdered his first girlfriend" is not doing this characterisation any favours. There are ways for a character to kill someone they love and still have it be emotionally compelling, but this was not one of them. "This Might Hurt" would be a suitable tagline if Stiles accidentally shot his father while aiming at Deucalion. "This Might Hurt" would work if Peter Hale managed to persuade everyone that Deaton is secretly an evil druid. "This Might Hurt" would work if Isaac was killed by the Alpha Pack, and Scott was then arrested for his murder. Having Derek go through with this (quite frankly IDIOTIC) plan to have a 7-foot werewolf psycho bite his highschool girlfriend? NOT SO MUCH. 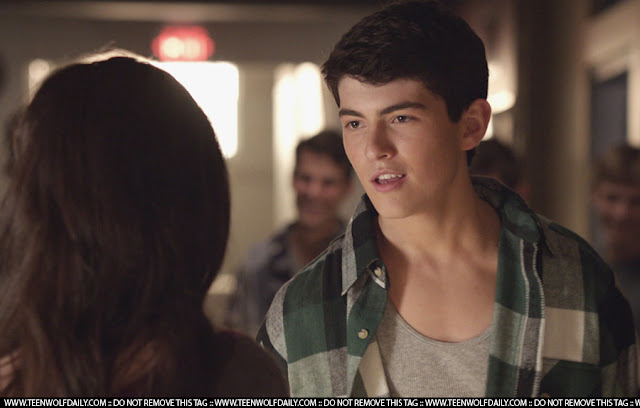 OK, so I definitely have a few more issues with the utter failure of Derek Hale as a boyfriend (WHAT A DOUCHE) and Derek Hale's backstory as a storytelling technique (GODAWFUL), but I feel it's time to move onto the other aspect of why this episode sucked: ie, the fact that it didn't make any fucking sense. Now, unreliable narrators can often make things interesting, but in this case I felt that Peter and Gerard's unreliable narration was a bizarre storytelling choice, because their lies only "work" if Scott and Stiles never have a conversation about what they just learned. Which would be pretty odd, firstly because they're best friends, secondly because they have no motivation not to share info with each other, and finally because Stiles is Scott's first port of call when Thinking needs to get done 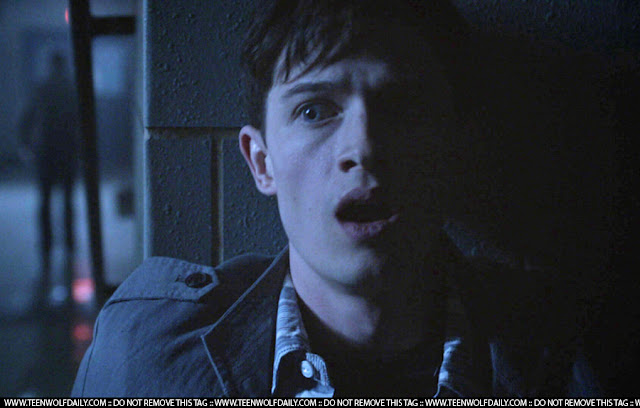 The fact that Peter was always a total Voldemort (Tom Riddle?) would have been an interesting revelation were it not for the fact that it doesn't even make sense within this very episode. In Season 1, Derek says that before the fire, Peter was "different". Now, what we could take from this is that Peter was a psychopath all along, but he was just better at hiding it when Derek was a teenager. However, if Peter was the one to talk Derek into killing his girlfriend then I find it COMPLETELY implausible that Derek would continue to trust Peter after that, no matter how stupid Derek was at fifteen. 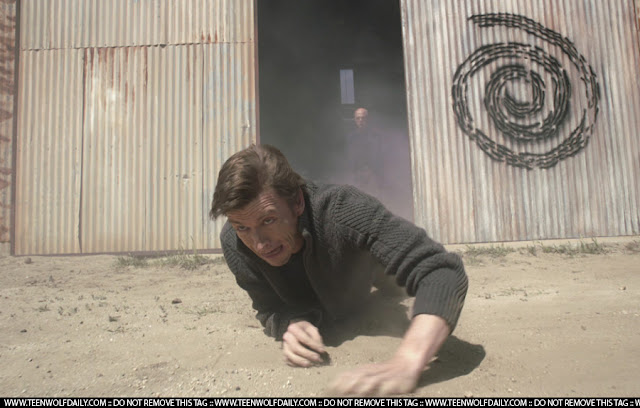 The most confusing piece of nonsense in this episode was the issue of the werewolf aging process. Now, it may just be that I'm a moron who just missed some sensible explanation for all this, but there was some weird shit going on with the ages in those flashbacks. Most noticeably, Peter Hale (now 35-40) appeared to be about 19 during the flashbacks, which were set, at most, about ten years ago. Meanwhile Derek (now aged ~25) was a Sophomore. However, the rest of the "older" characters (Sheriff Stilinski; both the Argent men; the Alphas) were played by the same actors. Now, the conversation between Peter, Stiles and Cora implied that there was something unusual about the werewolf aging process, BUT Cora and Derek both look exactly like their real ages. And there was no evidence that the flashbacks took place any longer than 10 years ago, which would make sense from a normal chronological perspective. So WHY THE HELL WAS PETER HALE PLAYED BY A YOUNGER ACTOR? 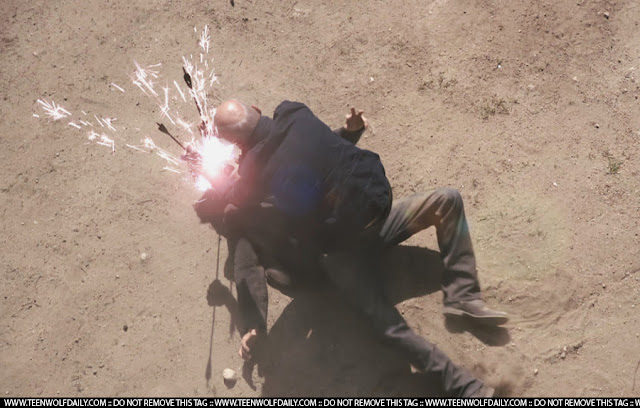 There were many elements of ridiculous idiocy in this episode that were perfectly acceptable from a Teen Wolf perspective. For example, the fact that Paige was miming cello very, very poorly: absolutely fine. The hilarious druid/Greek myth werewolf explanation that ignored centuries of well-known mythology and historical research: 100% normal, for supernatural teen media. Deucalion going blind (rather than dying) when Gerard stabbed him in the eyes with electrified arrows? Fine, I'll go with it. But entirety of Derek's backstory was so poorly handled that I just can't swallow it. 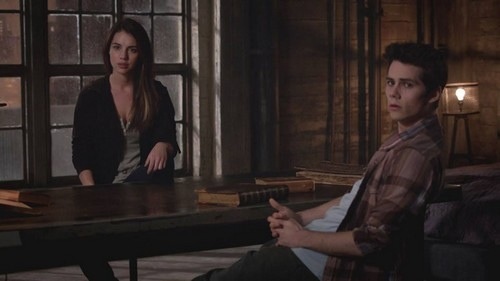 Find me on Twitter @hello_tailor, and Tumblr at hellotailor.
Posted by Hello, Tailor at 08:10