Why you need to watch Spanish Snow White movie "Blancanieves" AT ONCE.

Blancanieves came out in 2012, but I figured that if I'd managed to miss it first time round, some of you guys might too. And you should definitely be watching this movie, because it's fantastic. Last year saw two major Snow White blockbusters come and go, and neither of them were good. I was obsessed with the badass-looking Snow White and the Huntsman until I actually saw it, and the reviews for Mirror Mirror were so bad that I didn't even bother -- despite the fact that the costumes were by Eiko Ishioka, one of the most talented designers in cinema history. Blancanieves, however, is perfect. 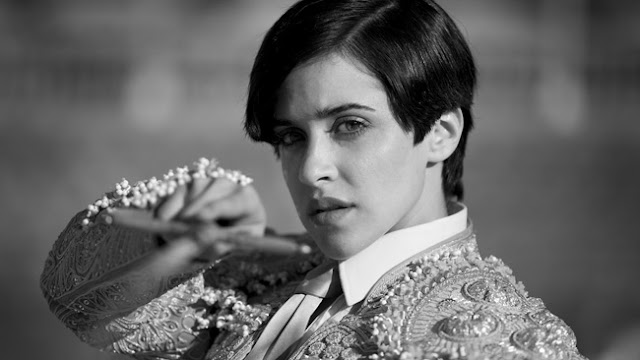 I confess, this post isn't for purely altruistic reasons: I want everyone to go and see this movie so I can get someone to write fanfiction about it. Because seriously, it's a black-and-white silent film about matadors. This is not going to get a vast quantity of traction online, outside of the Yuletide festival for obscure fanfic. So I need you to a) watch Blancanieves, b) fall in love with Blancanieves like I did, and c) nominate it as a Yuletide fandom this Christmas, so we can all share the love. OK? 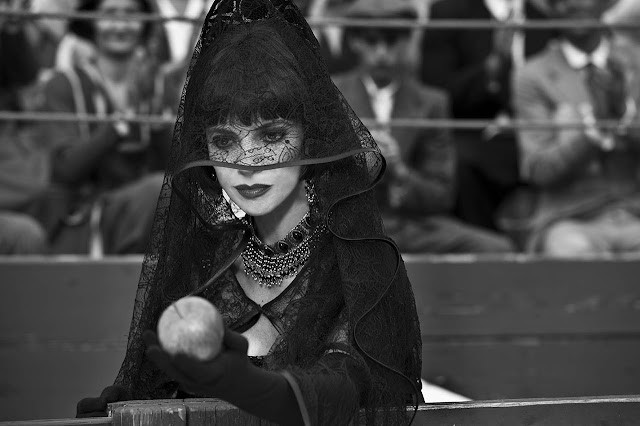 Blancanieves is far, far better than the vast majority of supposedly "fairytale" movies I've seen in recent years, keeping the basic elements of the Snow White story but changing the setting to 1920s Spain. Snow White's mother dies in childbirth, leaving her father, a paralysed former bullfighter, alone with a predatory nurse -- the inevitable Evil Stepmother. But rather than growing up to be a flamenco dancer like her mother and grandmother, Snow White becomes a bullfighter. A bullfighter. 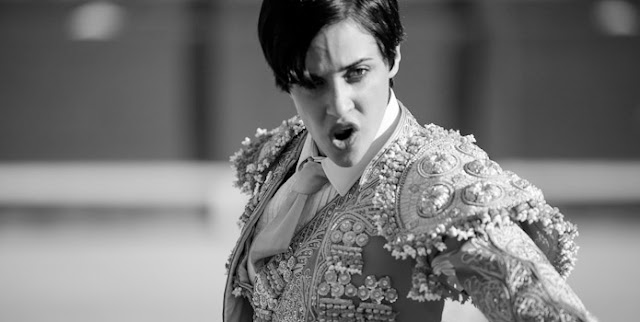 To someone who hadn't so much as watched the trailer, this development was beautifully unexpected. There is no "women can't be bullfighters!" journey, or really any of the kind of girl power tribulations one usually has to go through when a woman wants to do anything in Historical Times. Obviously in most films, the girl power tribulations are necessary and provide realistic conflict, but the fairytale nature of Blancanieves meant they could just get on with it. Sometimes, little girls are forced to live in the coal cellar by their evil, beautiful stepmothers. And sometimes they grow up to tour Spain in a caravan with a troupe of bullfighting dwarves. (N.B. The bullfighting stuff is not gory. I'm vegetarian and am very aware that bullfighting is The Worst, but in the context of this movie it was fine.) 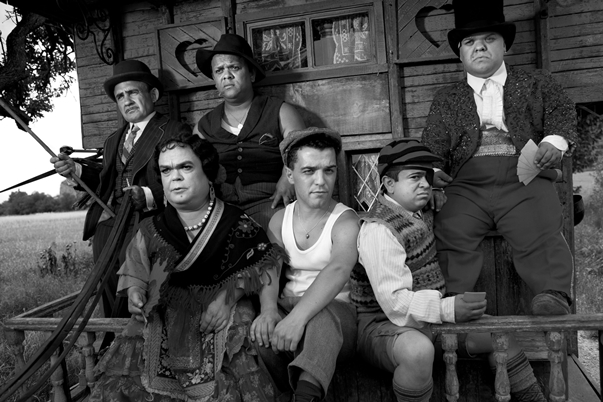 There is no prince in Blancanieves, and I can't tell you how happy that made me. I love fairytales, and I love romance... but somehow, 90% of the movies that combine those two things end up being kind of a yawnfest, because they just recycle terrible old gender-rolesy tropes. Anyhow, Blancanieves is very obviously Snow White's story, and while it's thoroughly romantic, it isn't a Boy Meets Girl story. That being said, she does have a love interest: He's one of the dwarves. (See my previous points re: fanfic. I NEED SOMEONE TO WRITE ABOUT THIS. It's a very sweet love story.) Instead, much of the movie focuses on Snow White's relationships with her family: first her blood relatives, and then the dwarves. 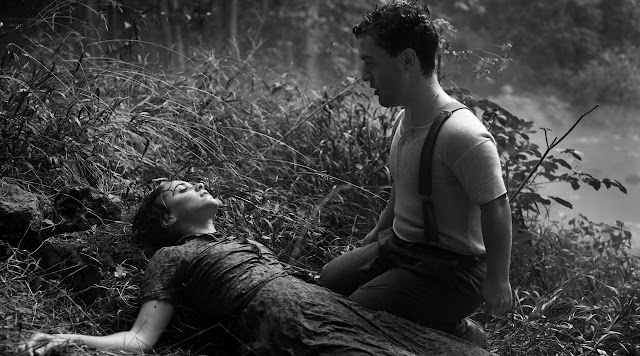 This movie won about a gazillion awards, and rightfully so. Not only was it gorgeous, but it managed to tell a story about European circus(ish) performers in the 1920s without ending up as a Moulin Rouge-style pastiche. And the costumes were gorgeous. Honestly, this is the perfect story for black and white because so many fairytale good/evil tropes are already coded into the visuals. The evil stepmother is sumptuously gothic, combining the black of mourning with vampiric sexuality, while Snow White's pale skin and black hair are literally written into the story already. There's a beautiful moment when the young Snow White's brand new confirmation dress is dunked into a vat of black dye, readying her for a life of wearing black and living in her stepmother's coal cellar. 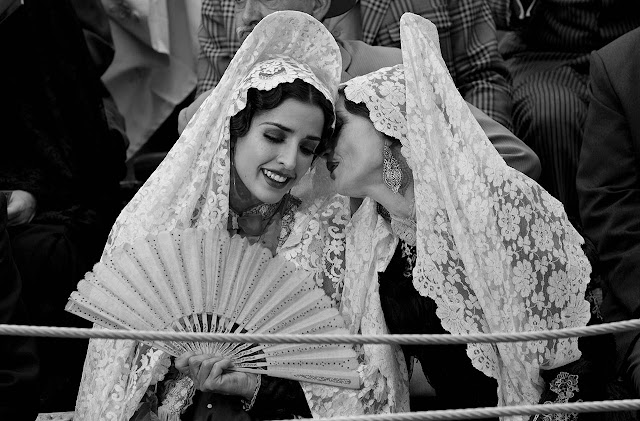 So, just to recap: Why you need to watch Blancanieves:
Postscript: I yearn for a matador suit. Yearn.
Posted by Hello, Tailor at 12:06

Email ThisBlogThis!Share to TwitterShare to FacebookShare to Pinterest
Labels: 1920s, movie costumes i have loved, movies