Teen Wolf: The Girl Who Knew Too Much.

Before we move onto this week's review, I've gotta mention that immediately after posting last week's, I heard a theory that I reeeeally hope is true. That is, that the "Derek" we saw in last week's flashbacks is actually Peter Hale. I hope this is the case because otherwise Derek is a pretty terrible character, both writing-wise and as a person. However, if it does turn out to be Peter Hale then I'm still not going to be enormously impressed, because the clues/foreshadowing in the episode were kind of nonsensical. But I'll discuss that in more detail if/when we learn more in future episodes.

"The Girl Who Knew Too Much" was back on classic Teen Wolf form, featuring multiple scenes in the boy's locker room for no reason whatsoever. How many people have died there, now? Not to mention all the fight scenes. Murdering each other in the highschool boy's locker room in the middle of the night: the favourite hobby of Beacon Hills citizens. What I don't understand is why the lights weren't on at the beginning of the episode, because there were clearly a bunch of kids in the school for that music practice. My personal theory is that nobody switched them on because nobody in Beacon Hills has the natural mammalian survival instinct of being afraid of the dark. At last, an explanation for why so many of them wander off into the forest to die! It must be something in the water. Alternatively, they're all were-lemmings.

Re: this week's crop of hilarious murders, I'm sooooo annoyed that Stiles didn't immediately open his werewolf explanation with Cora wolfing out. Doesn't he read fanfic?? HELLO. Also, I was waiting and waiting for Sheriff Stilinski to say that he thinks Stiles is a serial killer, because this episode was like the cherry on the cake of Stiles showing up at every murder scene ever. But emotionally, the final straw was when Stiles was trapped on the opposite side of a door while his father was in mortal peril. THIS IS THE KIND OF "THIS MIGHT HURT" THAT I WAS HOPING FOR THIS SEASON. Anything happening to Stiles' dad = maximum agony. Maximum agony. Particularly since the Sheriff is gonna make excellent bait for Stiles next week, since Stiles is a virgin and a guardian and a warrior and a philosopher. (I'm not sure how he's a healer, but just let me run with this theory until it gets Jossed, OK?)


One of the funniest elements of this week's Teen Wolf is that the FBI have been "on their way" to Beacon Hills for like SIX WEEKS.
— H. Tailor (@Hello_Tailor) July 30, 2013


Knowing Beacon Hills, the FBI will show up and turn out to be some kind of subterranean hellbeast. "WE FEAST ON HUMAN FLESH," they explain.
— H. Tailor (@Hello_Tailor) July 30, 2013

Speaking as a wordsmith and a journalist, I would describe Jennifer's character progression in this episode as a transition from "LOL" to "WTF". We began with another of those deliciously unrealistic English classes of which teen dramas are so fond. Is she teaching everyone an important Metaphor Lesson that will Come In Useful later in the show? Are she and Lydia flirting with each other? We may never know, because it's now been revealed that Jennifer Blake is Gary Oldman's skinless psycho character from Hannibal, and is therefore almost certainly not going to get hired to teach at Beacon Hills High next term. 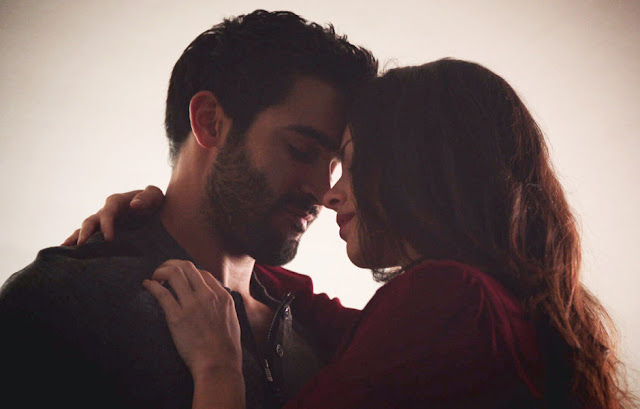 I have decidedly mixed feelings over the demise of Cute Girlfriend Jennifer Blake. On the one hand, it was fairly clear from the start that she'd end up either evil or dead, because there's no room for any more "normal people" in Teen Wolf's main cast. However, I do find it irritating that all the misogynist anti-Dennifer fans will now get to feel vindicated on their theories that Jennifer was ~bad news all along~. I feel I should preface this with the admission that most of my favourite ships are slash ships, but I've seen this time and time again in multiple fandoms, and it's always dismal: People get invested in a slash pairing, and then get monumentally enraged when one of the main two guys get a female love interest in canon. After that, the only possible reaction is to decide that the female love interest is a poorly-written evil whorebitch from hell, and that she should drop dead. And it doesn't help when canon turns around and seemingly proves them right. 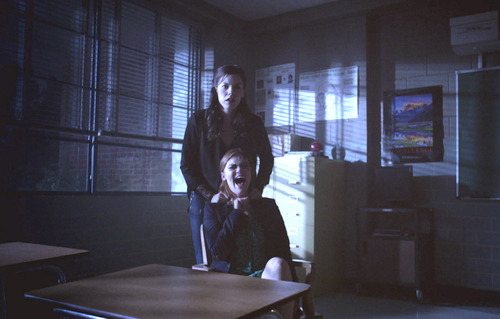 Jennifer's reveal was disappointingly lacking in nuance. Rather than showing her as a more interesting "shades of grey" character who did some bad things for a reason, she's both an evil seductress and a hideous monster. Her motivations and personality seem simultaneously less complex and less rational than those of the notoriously evil Kate Argent. Kate tortured people, seduced a teenage boy and burned an entire family alive in their own house because she believed that werewolves were unequivocally evil, and because she was raised by a psychopath who taught her that ends always justified the means. Jennifer killed a bunch of people because she worships a bloodthirsty pagan god, and also (possibly?) because she gains their power/life-force when they die. And she disguised herself as a cute schoolteacher and seduced Derek because... of reasons...?
I mean, I don't doubt that there may be some good reasons for her to be an evil mass-murdering monster, but at the moment all we really have is the possible explanation that she was mutilated as a child. And that she's Secretly Evil. I'm just disappointed that rather than developing her into a three-dimensional villain, this revelation has almost reduced her as a character. Plus, it's yet another disastrous relationship for Derek Hale, the king of manpain. Oh, and I don't understand how she can instantaneously heal a bullet wound and disguise her appearance to the extent that she could have sex with a werewolf, but she can't heal her facial scarring. Although this is Teen Wolf, so I can let that shit slide. 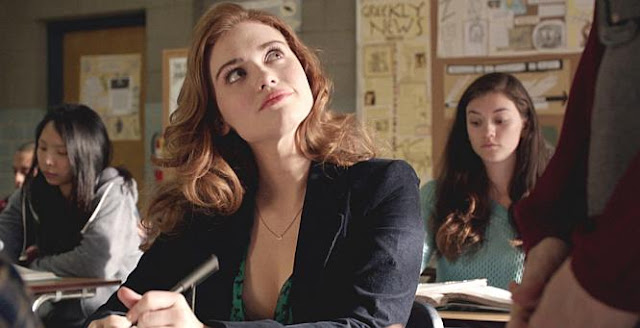 Aside from the whole Jennifer business, this was a relatively good week for the main gurlz. Lydia was fantastic -- or at least Holland Roden was fantastic, because Lydia's life is 100% terrible, up to and including screaming "I'M PSYCHIC!" at a roomful of people who clearly think she's unhinged. I'm glad they finally got round to mentioning that she's a banshee, because OBVS. And Allison! Someone leave me to die, because that Allison/Scott/Isaac threesome NEEDS TO HAPPEN, now more than ever. Isaac needs to spend every episode looking worried and being saved by tough ladies, because wow. Also, I loved Allison's coat in this episode. Very classy. 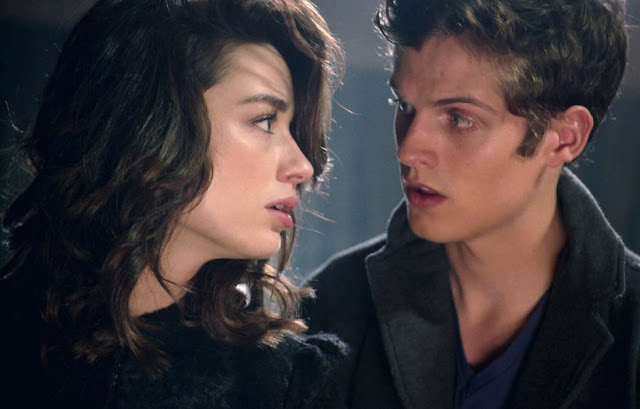 Finally, I can't help but mention that the Cora/Derek situation continues to be dire. I think the bedside scene was meant to strengthen their onscreen relationship, but IMO Cora's entire character arc and relationship with Derek continues to be utterly baffling. WHY DIDN'T HE REACT WHEN SHE CAME BACK FROM THE DEAD? Why do they never interact in a way that makes sense? And I don't mean like, "These people are emotionally damaged and find it impossible to express their feelings." I mean in the sense that there's been no evidence up until now that they are anything other than casual acquaintances who are forced to share the same apartment. 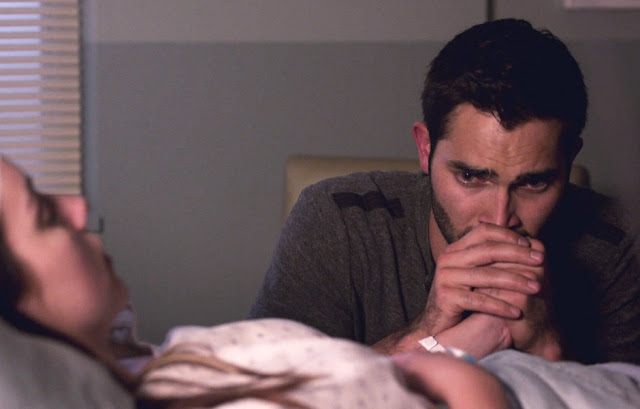 It's a bizarre counterpoint to Cora's reaction to Boyd's death, in that she cares wayyyy more than people like Scott and Stiles who have known him for months/years. Particularly Scott, who you'd think would at least get one scene of being upset because one of his fellow Teen Wolves have kicked the bucket. Hint: If one of your characters is saying things like, "Why don't you care that Boyd's dead?" it only points out to the audience that it's weird for people to not mention their recently-murdered friend. Stiles had more of an emotional reaction to the deaths of Rachel and the Sheriff's deputy than to Boyd. Considering the fact that Teen Wolf was given a 24-episode season this year, I find it really strange that so many important things like the Derek/Cora reunion and the apparent Boyd/Cora friendship take place offscreen, when we still get scenes like Scott and Ms Morrell glaring at each other for three solid minutes and explaining stuff that we already knew. 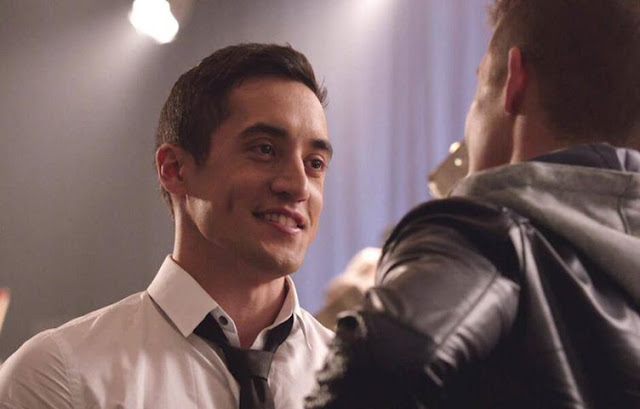 Find me on Twitter @hello_tailor, and Tumblr at hellotailor.
Posted by Hello, Tailor at 07:06