Obviously the appreciation of beautiful things is a universal pleasure, but today's posts (yes, posts, plural!) are specifically a gift to everyone out there who is currently stressing out over the US election results. I'm not even American, and I still feel tense about it. So as a balm to everyone's nerves as we try to ignore the grim horrors of a 24-hour news cycle with nothing to report on until tomorrow, here are some pretty things to look at: 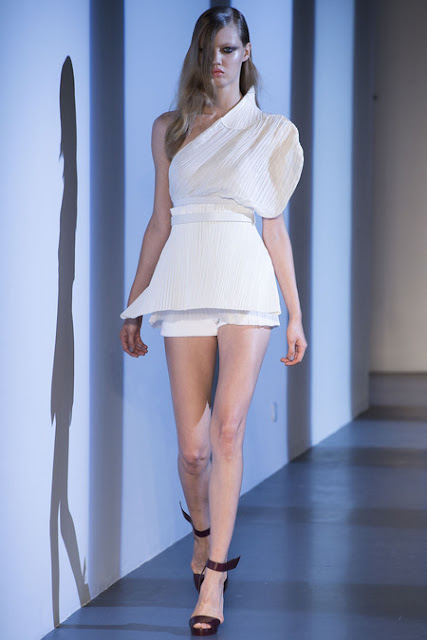 For a label that's managed to bridge the divide between Ready-To-Wear accessibility and fidelity to its own design history, look no further than Thierry Mugler. Four seasons on from Nicola Formichetti's introduction as the label's new creative direction, Mugler are still coming up with fresh designs that run the gamut from Lady Gaga-influenced PVC dresses to some comparatively sedate (but still fashion-forward) business attire. 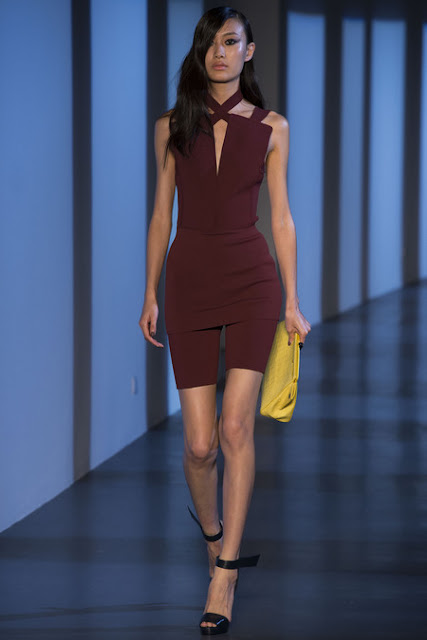 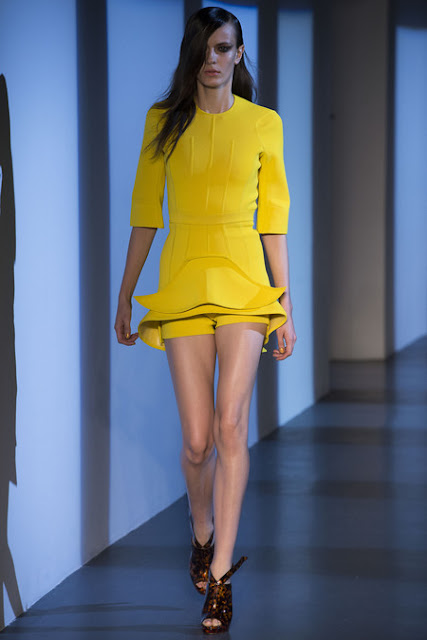 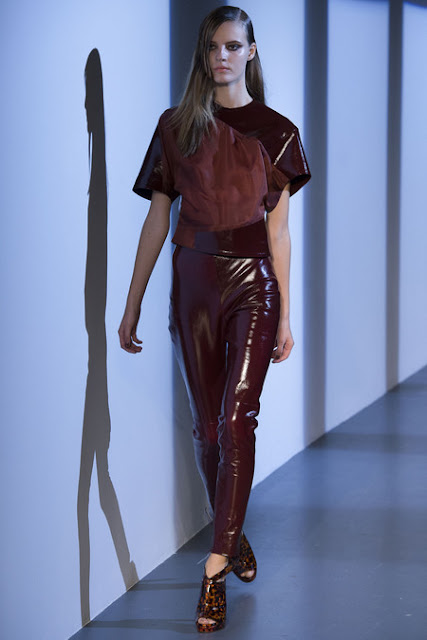 The slick PVC outfits were a nod to Mugler's history with fetishwear influences, although this season's offerings were rather more cheerful and mainstream than many of the label's past collections. Also, the high hemlines were often tempered by tight shorts worn under the skirts, which (somehow) worked rather well. 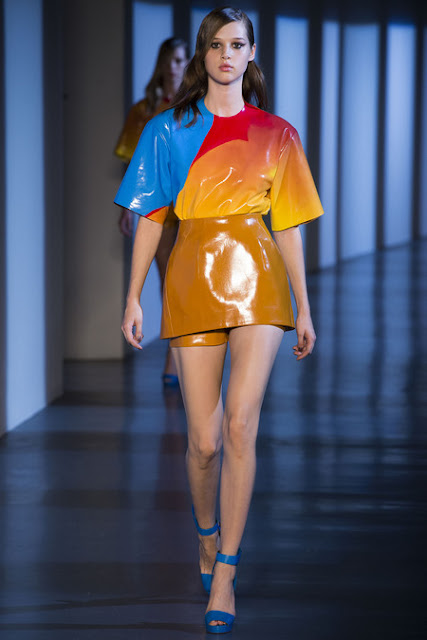 This bug-like carapace dress was a real moment of old-school Mugler, in amongst the various simpler outfits Formichetti had on display during this show. 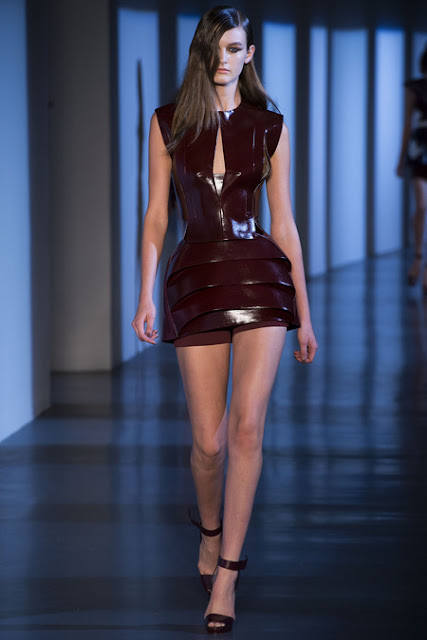 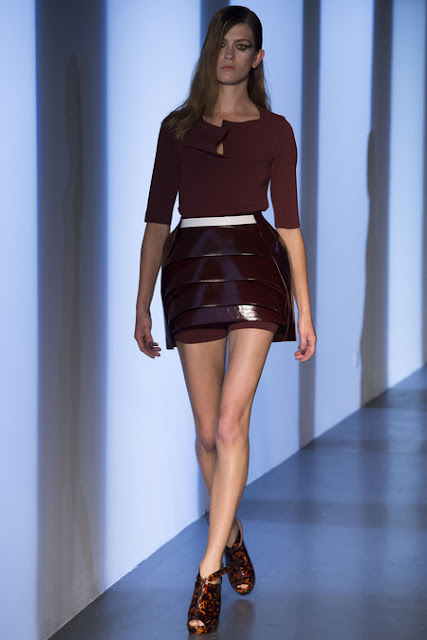 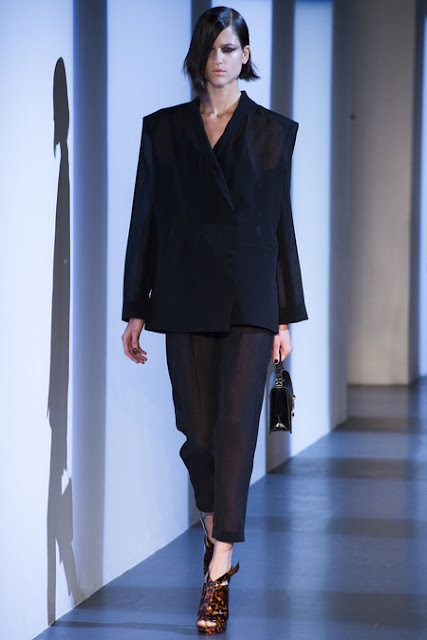 I was pleased by the variety of different looks on offer during this show, the only continuous design theme being one of origami-like folds, which made themselves known in almost every outfit. 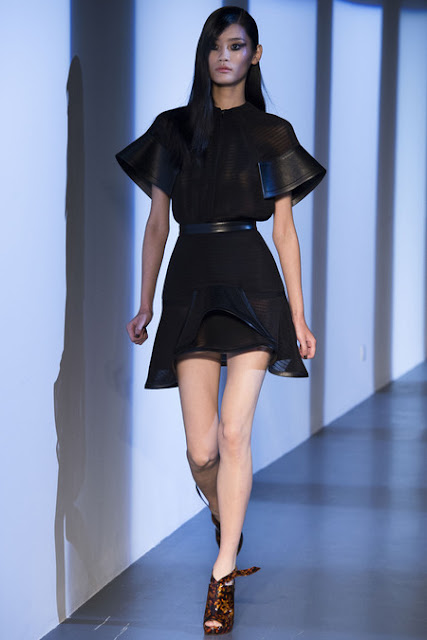 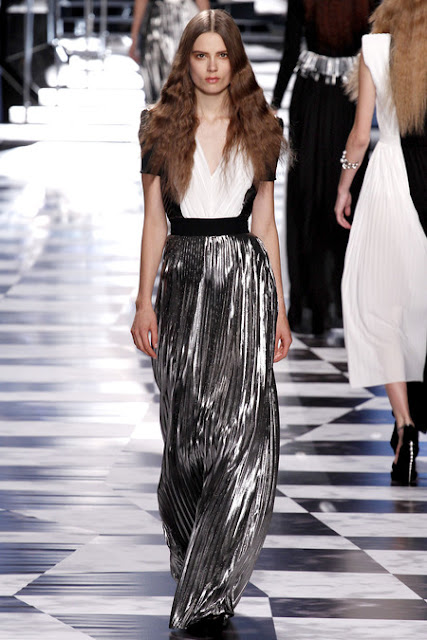 Introducing a far softer look than in previous seasons, Viktor & Rolf have decided to take inspiration from the glamour of 1940s evening gowns. There were still hints of the old V & R in the form of metallic fabrics (reminiscent of their many robot-like designs in past years) and shoulder-pads, but both were seamlessly incorporated into the overall vintage look. 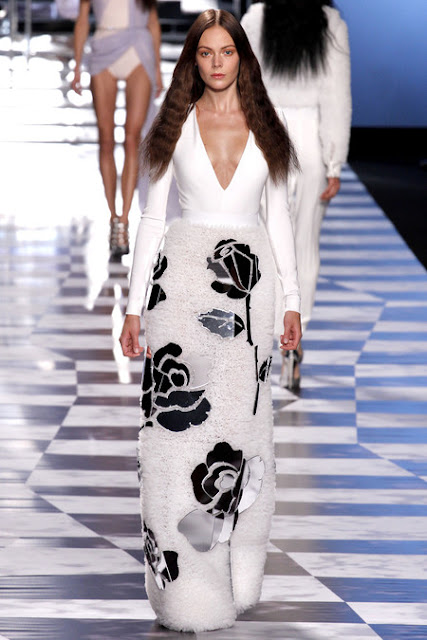 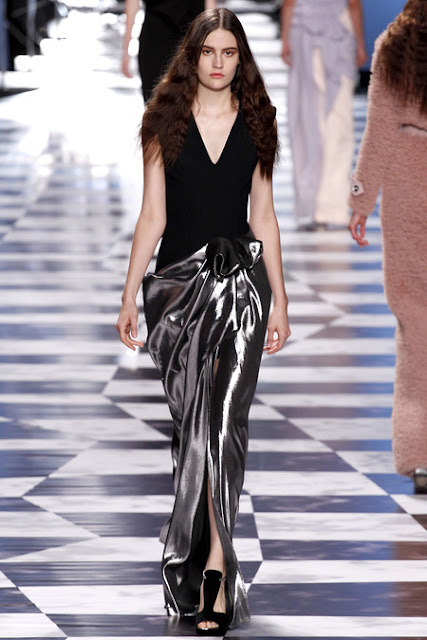 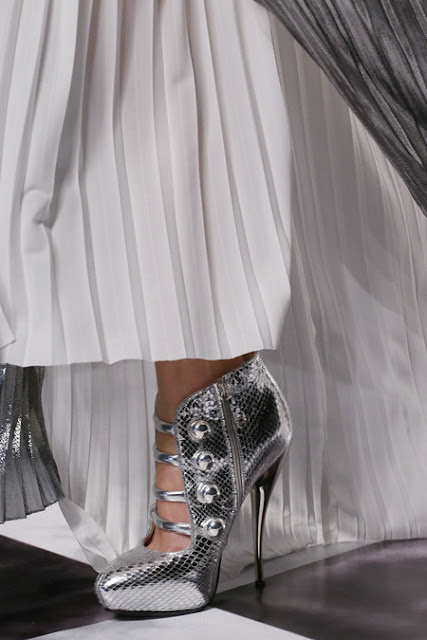