Now I, too, can look just like Joseph Gordon Levitt and Sherlock Holmes...?

It's a while since I wrote a genuinely stupid post (see also: my immortal treatise on the topic of wallpaper in BBC Sherlock), but I got some new shoes today and they're OMG totes amazing, you guys. OK, "new" may not be the most accurate word, but believe me when I say that when it comes to spending £20 on men's shoes, going vintage is infinitely better value than buying something new from, say, Primark. These particular shoes are in a style I've been vaguely admiring for a while, now: a kind of cross between desert boots and wingtips. 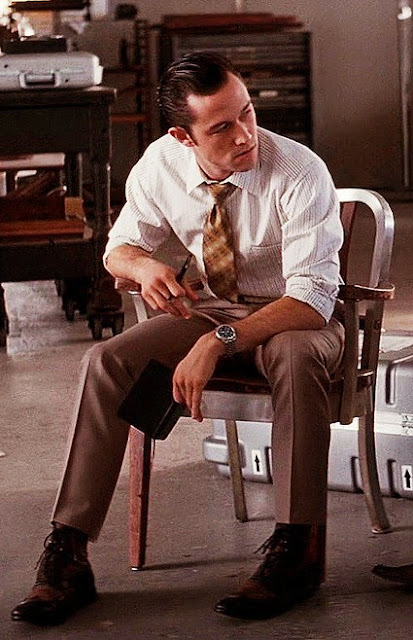 I've never written a post about Inception (one of my very favourite movies for contemporary costume design) because the topic has already been covered very skillfully by someone else. But I will say that one of my favourite details in the movie is the pair of boots worn by Joseph Gordon Levitt's character, Arthur. All of the main characters in Inception are snappy dressers in their own way, but Arthur is definitely the most dapper and fashionable of the lot. And in almost every scene in the movie he's wearing this particular pair of John Varvatos spectator boots: Arthur's style is neat as a pin and very tailored, but these boots are clearly a favourite of his because not only does he wear them in the "real life" scenes, we see him wearing them during the dream sequences as well. As an extractor, Arthur is on the run for the duration of the movie, so it makes sense for him to have a relatively limited wardrobe. But since Arthur is kind of a clotheshorse, that wardrobe is very carefully coordinated and the boots must fit in with his palette of brown, green and beige. In the real world he's restricted by that palette because that's all he has to work with, but when he's performing an extraction he has the option of wearing whatever he likes -- and yet still often dreams up his beloved old spectator boots. I like seeing characters who genuinely enjoy their clothes, and I think this is a great bit of characterisation -- particularly since the boots are so appropriate for Arthur's job. As he regularly has to take on the role of a corporate spy, it's useful that the spectator boots can easily pass for wingtips when worn with a formal suit. But they're still practical enough for running or fighting when the going gets tough. 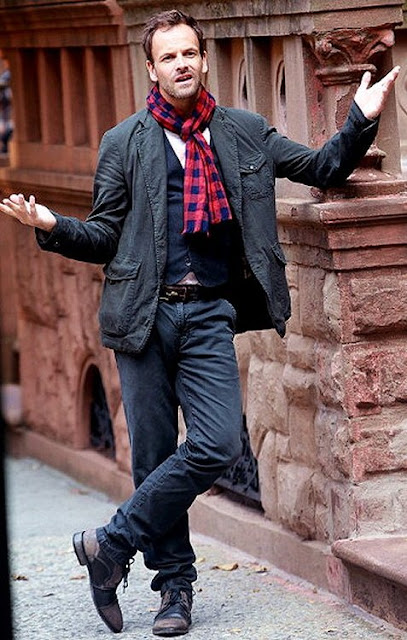 At the other end of the scale we have Jonny Lee Miller's Sherlock Holmes, another character who only owns one pair of shoes -- although in this case it's because he doesn't care about clothes at all. Seriously, Holmes' costuming in Elementary is a walking example of "it takes a lot of money to look this cheap". Money from the costuming department, that is, because I'm pretty sure the character himself bought all his clothes in bulk from the local Goodwill. I'm certain that a lot of thought has gone into how scruffy he looks at all times, particularly since it's now been acknowledged onscreen that Holmes sees absolutely no point in dressing up to align with other people's standards. While his shoes aren't exactly the same as Arthur's, I enjoy the way two such similar items of clothing can mean completely different things -- stylishly scuffed vs lazily unpolished, favourite accessory vs the first thing he could lay his hands on, and so on. 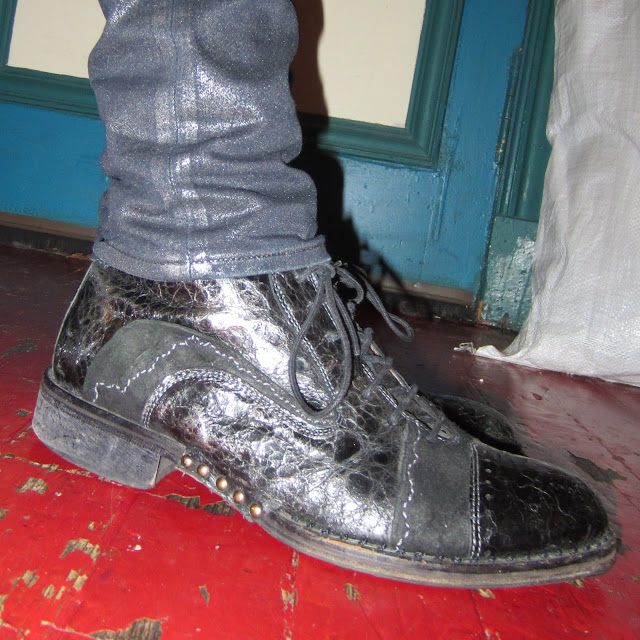 I don't usually post pictures of my own clothes, partly because I'm a shiteous photographer and partly because it feels kind of awkward to put oneself up for public scrutiny on a blog dedicated to overanalysing clothes. But in this case: whatevvvvs, because I love these shoes. They're scuffed as hell, but I'm chill with that. Also, they go with my pewter trousers, which I wear constantly. A similar style to Holmes and Arthur's shoes, but with a little Adam Lambert thrown in for good measure. ;) 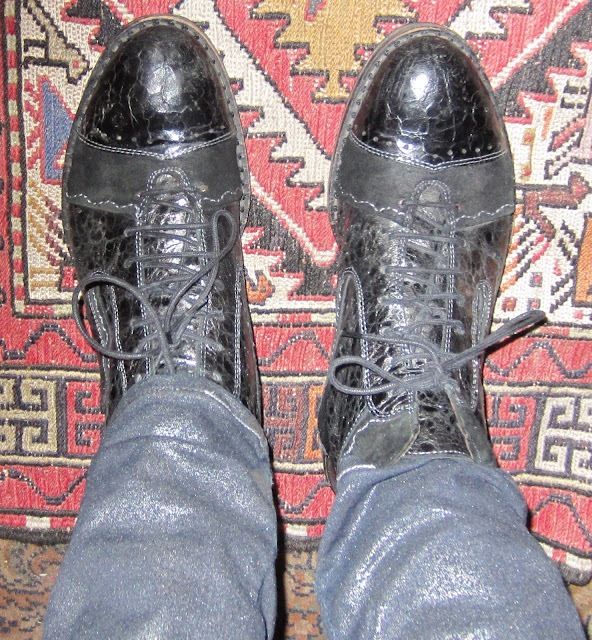