This show really needs to solve its "Oh, it's that guy!" problem. As in: Who was the murderer this week? Oh, it's that guy! That guy we saw on The Good Wife, or Castle, or Suits. This week's murderer was based on real-life Angel Of Death Kristen Gilbert, which makes me wonder... has there ever been a real serial killer who based all their murders off episodes of CSI? Has that happened yet? If not, it's only a matter of time. Then CSI will make a special episode about it, and the universe will implode in on itself in a metapocalyse of mediocre TV writing. 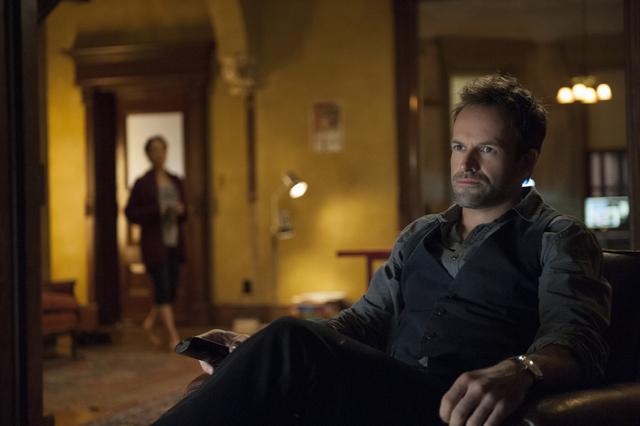 This episode saw Holmes and Watson deal with another criminal who exploits his perceived position of authority to prey on the weak. Also, this is the second time we've seen Holmes come up against someone who uses their medical expertise to hurt people who trust them, indicating that this may be a theme for the show in general. Does part of Holmes' backstory in London, and his subsequent addiction, relate to someone having exploited their power over him? It seems unlikely that it'd be a doctor because he clearly trusts and admires Watson with relative ease, but... maybe a psychiatrist? The writers' ongoing focus on power dynamics is surely there for a reason, and I suspect that Holmes' insight into dominant/submissive personalities might end up being this show's equivalent to House, MD's infamous "everybody lies" motif. 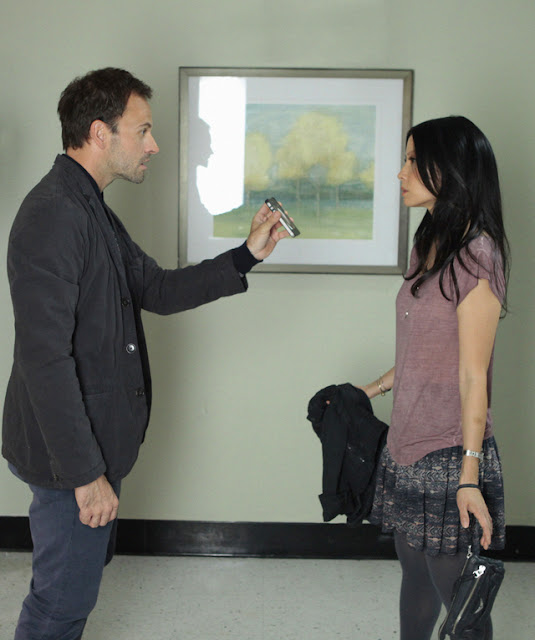 Once again, I'm surprised by how this show manages to handle complex topics such as Holmes' sensitivity towards power issues, while simultaneously using the most flimsy and cliched of motives for its weekly criminals. Weak crime-writing aside, I am continuing to love Holmes' characterisation. His constant empathy for the weak and helpless is a fitting nod to classic Holmes canon, but his identification with these people is something that's unique to Elementary. I'm very much impressed by the way Jonny Lee Miller has managed to combine the haughtiness and surety of Arthur Conan Doyle's Sherlock Holmes with this underlying streak of eager-to-please sensitivity. 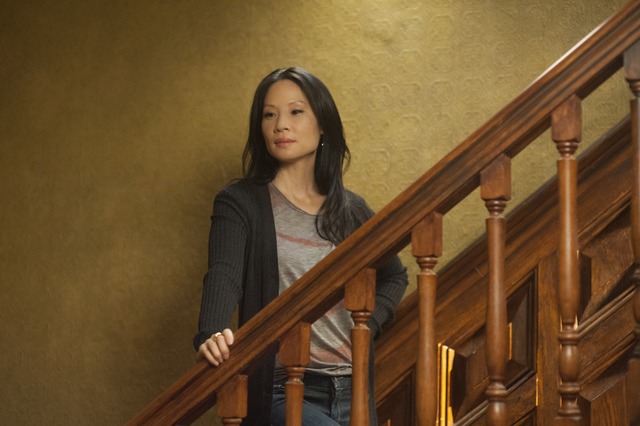 Tying in with this week's return to the hospital we saw in the pilot episode (it is the same hospital, right?), it's becoming more and more apparent that Elementary likes to focus on Watson's medical career more than any other Holmes adaptation before. Rather than Watson's medical expertise being used exclusively for assistance on Holmes' cases, we get whole episodes either themed around the medical profession or, in this case, delving into Watson's backstory. The contrast between Joan and the arrogant chief surgeon Dr Baldwin was obvious: Joan, after accidentally causing the death of a patient, retires from medicine despite her obvious passion for the work, whereas Dr Baldwin actually kills off a patient in order to cover his mistakes and keep on practising medicine. 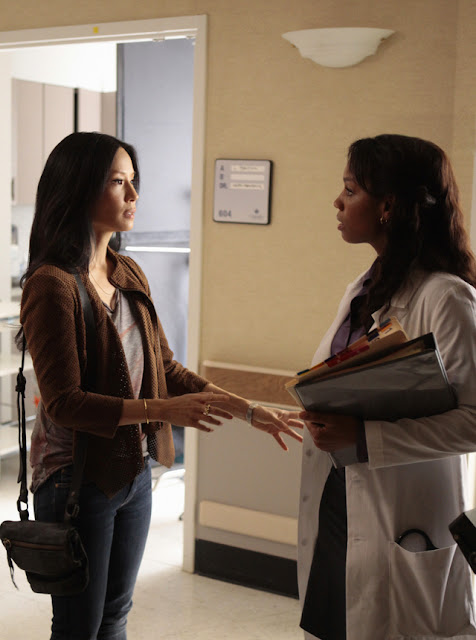 I hadn't really thought about this until now, but Joan Watson has a great bedside manner. When she was speaking to Carrie's patient she was instantly reassuring and friendly, a real contrast from the abrupt and no-nonsense attitude she has with Holmes. This episode was full of these details: tiny moments where you really get to see how good a doctor Watson is/was, and how Holmes really does pay attention to her and notices this. One of the things that's keeping me invested in this show in spite of its dismally predictable crime plots, is the way Holmes' respect for Watson grows with every passing week. In fact, it's not just respect: he straight-up enjoys the way she is. In many ways, it's more compelling than the kind of "will they/won't they" relationships you get from most male/female buddy-cop pairings, or the faintly homoerotic banter you get for the male/male ones. 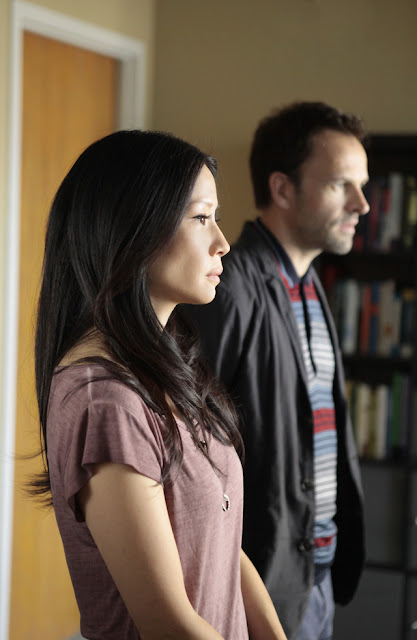 When it came to Holmes and Watson's matching his'n'hers outfits, this was the most obvious episode so far. I'm pretty sure this is a filming choice rather than a characterisation thing -- maybe something to do with lighting colours? Or else it's just a direct attempt to visually indicate the synchronicity between the two characters. Either way, while Joan's style (comfortable and soft, but flattering) and Holmes' style (nonexistent; all clothes taken directly from bargain bins) have very little in common, they always wear similar colours: grey, purple, and navy blue, with red accents. In the pilot episode it was just Holmes' tartan scarf and Watson's plaid shirt, but they seemed to have branched out since then.

Miscellaneous
Click here for previous posts on Elementary.
Posted by Hello, Tailor at 14:55