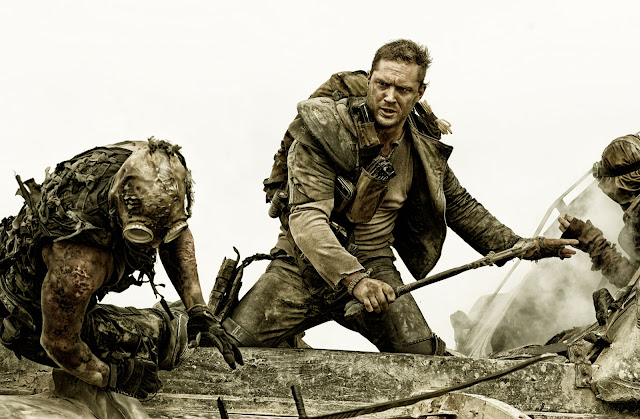 What was it like to work on set in Namibia? I read that you spent several months there while they were filming, which sounds like a unique experience.

It was an extraordinary experience. Namibia is one of the most beautiful countries on earth and the the second least populated. It has the perfect wasteland landscape and a reasonable infrastructure, in the town of Swakopmund, to support a film crew. But it is still a very long way from any film making experience I have ever had - and a long way from home!

In Namibia we found a fantastic and very talented local crew of artisans who normally make all sorts of handcrafted goods for the tourist trade. We also brought in some key crew from South Africa, Australia and the UK as our local Namibian crew, with their wonderful organic skills were not used to the pressures and demands of filming. But their contribution to the organic, mad, eclectic look is undeniable. I feel that Namibia was the best place to make the costumes for this film - it is possible that in the UK or Australia we may have had too much sophistication for the apocalyptic look!

I will never forget the climate - the blazing sun and heat, followed 10 minutes later by a freezing fog just descending on the desert and turning everything damp and cold. My crew alternatively protecting the actors from the heat or the cold… Then dust and the sand, endlessly blowing through the workroom, the tents on set, my apartment, elephants… the sound of the Atlantic ocean crashing on the shore, and the sunsets, much used by our cameras! 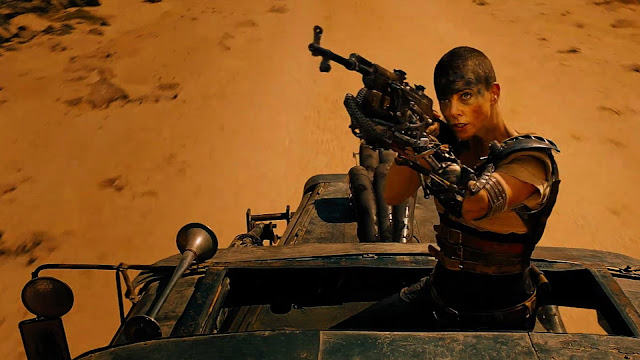 How did you and your team create and source items to fit with the post-apocalyptic look of the film? Do you have any particular favourites?

The brief was that if anything had a more important use for survival in the wasteland then it should not be used for decoration - but also when people have so little they make the most of what they do have and probably decorate it, as they do their bodies with scarification. So, a fine line between everything and nothing! Some characters had breathing problems, so a wonderful opportunity to make some strange apparatus for Immortan Joe and his sons.

As you may know there were two attempts to film Fury Road before our 2012 production in Namibia, so a lot of ’stuff’ had been collected in Australia. I remember going into a warehouse at Fox studios in Sydney in 40 degree heat outside (so goodness knows what the temperature was inside the tin roofed warehouse) and seeing mountains of boxes, all full of bits of metal, cloth, spare car parts - stuff. I suggested we just take the lot to Namibia and sort it out there as it might be useful. Who knew, really? 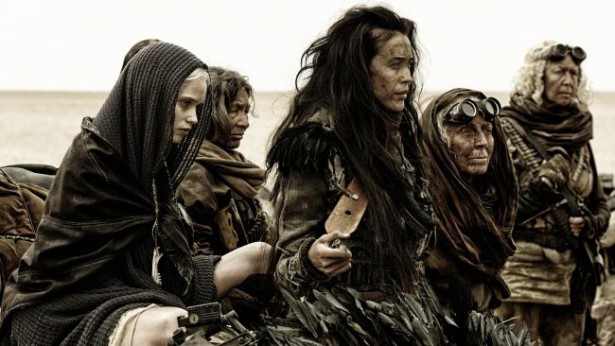 In fact we used lots of the contents of those boxes as Namibia, with its very small population and limited resources, did not have huge quantities of post apocalyptic junk. We did find good leather there for Max’s costume - all made ‘in house’ by a clever local cutter, Annelise Ras. And we could get a basic cotton canvas which we would dye black in massive quantities to be the Warboys' trousers. Other fabrics had to be sourced from outside Namibia, so from South Africa or the UK.

I think some of the masks were among my favourite items as they were so completely ‘off the wall’ and owed nothing to anyone except the sheer creative talents of my team - and in terms of the principals I became very fond of all of them, even disgusting Organic Mechanic. But maybe I do have a bit of a particular fondness for Immortan Joe - although he can still scare me - even though I know it is just a costume, and Hugh Keays-Byrne is one of the nicest men. And I do love the ‘wives,' as they are so inappropriately dressed for a car chase across a wasteland - but then they had lived in a bubble and had no need for protective clothes in any sense.

What were the practical concerns when working on such an action-focused film?

Massive logistical issues with 150 stuntmen all playing every part and doubling for the leading actors. Literally hundreds of costumes to make, so each stuntman had his own version of whatever character they were going to be that day and then wrangle into their boxes.

The sand and dust also had a huge impact on safety and especially eye protection. We had most stuntmen roaring through the desert completely unprotected by the vehicles they were driving, so we had to add in goggles and harnesses without it being too obvious.

I read an interview with Rosie Huntington-Whiteley where she talked about customizing the Wives' costumes. Did you work with the actresses to find individual looks for each of the Five Wives?

George had seen a film of a ballet in Germany where the dancers were lightly wrapped in fine cloth and liked the image for the Wives. We experimented with wrapping and cloth for gentle protection and I did a lot of work with Jane Law wrapping mannequins. When we did the fittings we had all sorts of ideas made as prototypes but we also wanted the actors input as to how they felt they would have worn their simple cloth. So they were fun fittings and we could give each of them a little bit of individuality. 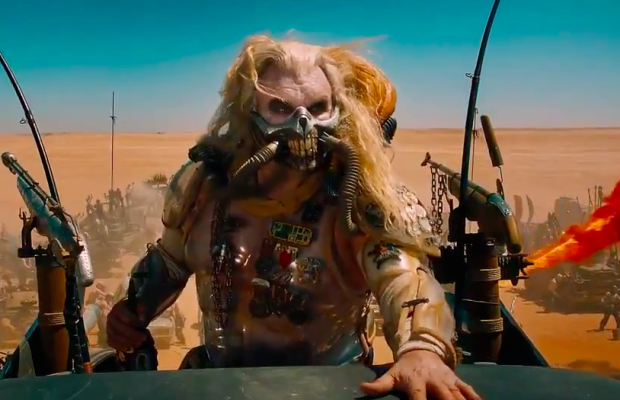 I'd love to hear more about the backstory for some of the main characters, and how that was illustrated through costume design. For example, Immortan Joe has such a complex and unusual costume with the codpiece and the transparent torso armour, you get a real sense of the War Boys' mythology just by looking at their tattoo scars and makeup. Could you tell me a bit about characters like Furiosa and Immortan Joe and his family, and the ideas behind their costumes?

Well, most of them are dying of cancerous tumours caused by the toxicity of the earth, so their costumes are a mixture of protection and practical necessity such as the breathing appararati on Immortan Joe and his sons.

All costume is storytelling so the Wives were kept in a bubble and needed little in the way of clothing. Immortan Joe needed protection for his rotting skin but also needed to look like a powerful Dictator, Furiosa is a woman in a man’s world - a skilled engineer and driver of the War Rig, so needed a practical outfit that would support the harness that held her false arm in place.The Warboys had their skills with cars but were otherwise bored and sat around decorating each others bodies with scarification, and so on!

Finally (although perhaps this is too early to say), are you planning on working on the Fury Road sequel?

If they do one - who knows? A bit early to say I would think! I would love, and be honoured to be a part of another Mad Max! 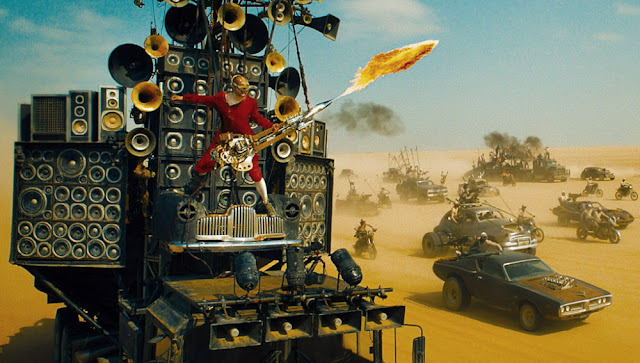