It's important to remember that no matter how obscure your demographic, the world of fashion will have something tailored specifically to fit you. Gareth Pugh primarily designs for the alien robot market, a small but apparently significant group that's managed to keep him in business for several years. It's so hard to find clothes that flatter one's chitinous exoskeleton, you know? 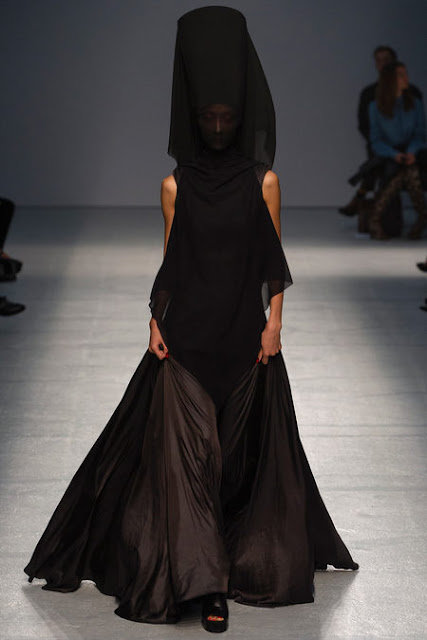 This show was considerably more relaxed than anything else I've seen by Gareth Pugh. It definitely qualifies as Ready To Wear, but is that really what one wants from this particular designer? I miss the metallic robot outfits and the black-and-white pierrot gowns. And quite apart from that, Pugh just doesn't seem to be all that good at more conservative designs like these. By the previous standards of his own work this show was surprisingly wearable, but not necessarily very interesting. 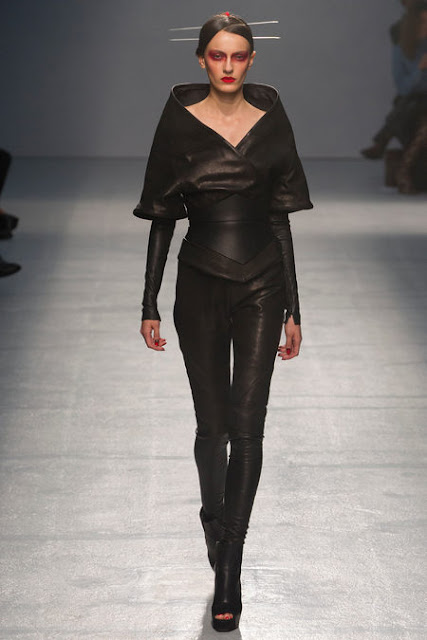 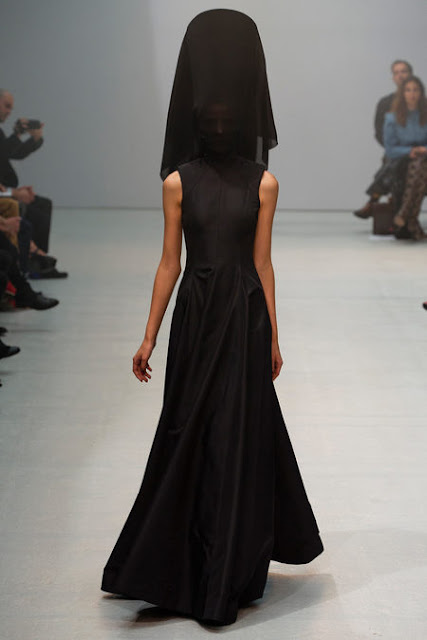 This leather outfit was the low point of the show. Strapless corsets almost always look cheap, and this one is extremely poorly fitted -- a real surprise, coming from a designer who is usually so adept when it comes to structured clothing. In all, the outfit came across as a Halloween costume of some mid-level character in The Matrix. 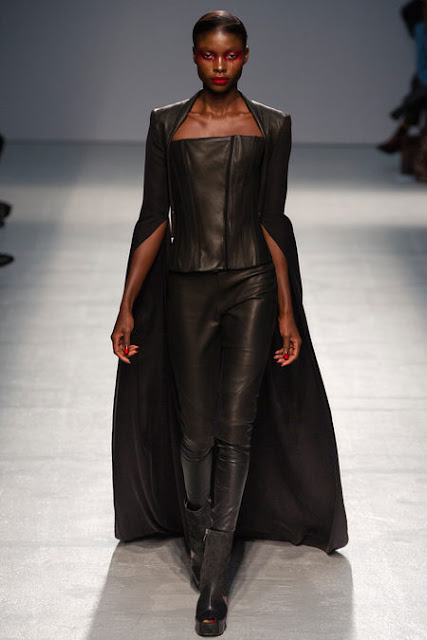 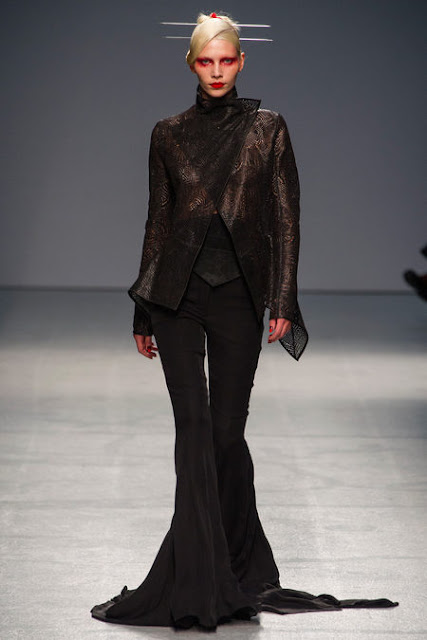 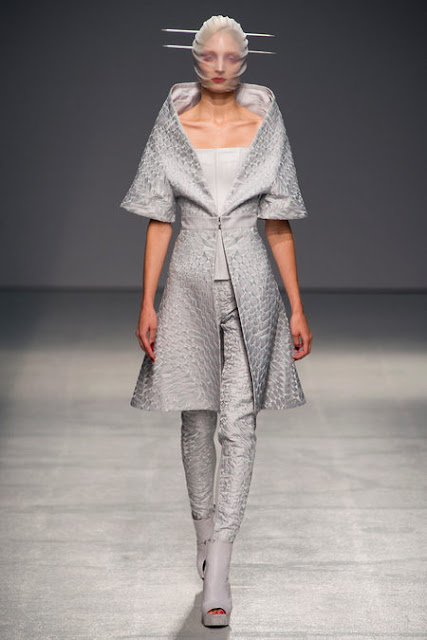 The latter half of the show reminded me of Jean Paul Gaultier's costumes for The Fifth Element -- or a pale imitation thereof. The bell-bottom trousers seemed particularly dated, a little too close to the late '90s/early '00s to be considered a retro pastiche as of yet. The styling also seemed like something from an early '00s music video, with the models all having jagged side-partings and exaggerated eyeshadow. 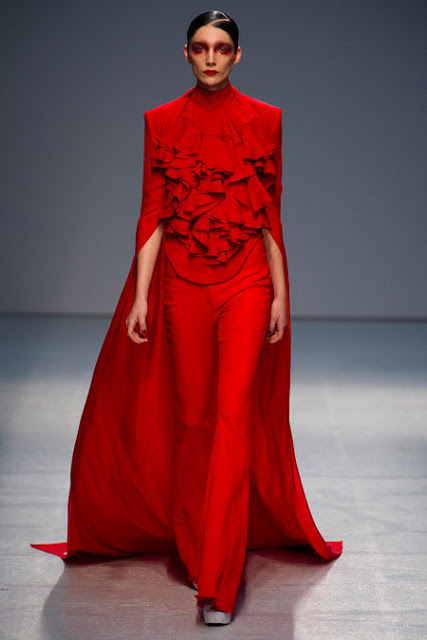 The most noticeable development this season was Pugh's reluctant admission of a single colour to his previously monochromatic palette. The end result did allow for some extra variety, but I found that there was a distinct aura of White Stripes stage costume to some of the outfits, particularly this frilled-collar shirt. 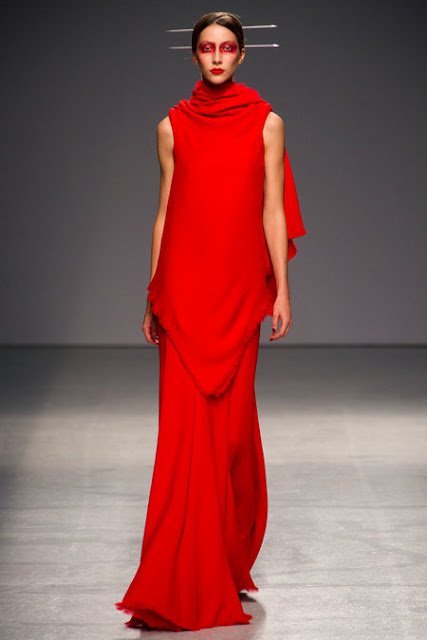 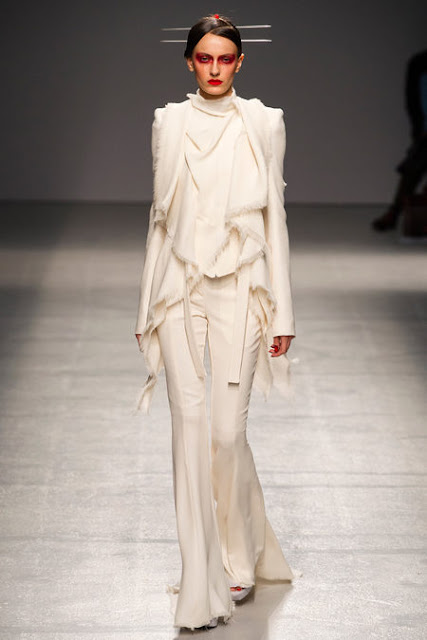 The high point of the collection was undoubtedly these ribbed jersey dresses. Although they're far softer than the designs one usually sees from Gareth Pugh, the fabric choice was excellent and their flowing structure made the otherwise rather conservative silhouette into something far more interesting. Ready-To-Wear, but with enough weirdness to qualify as a worthwhile Gareth Pugh design. 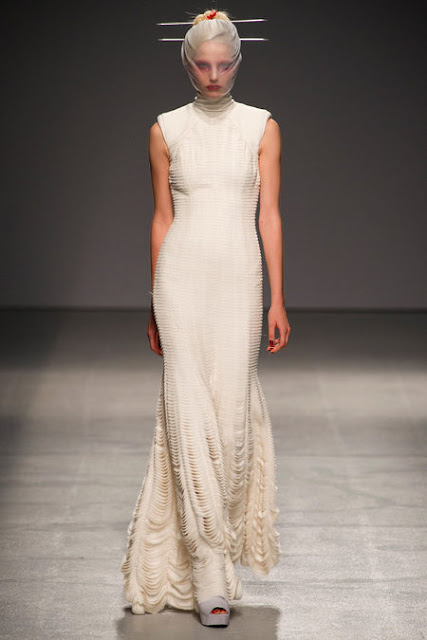 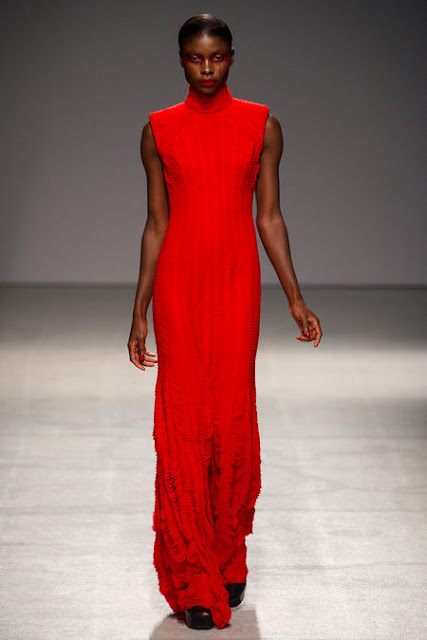 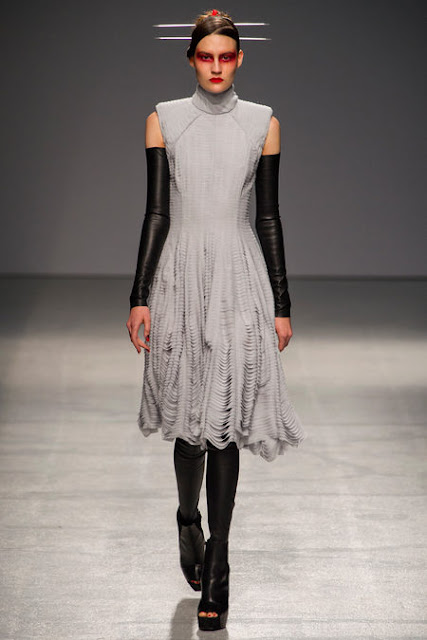 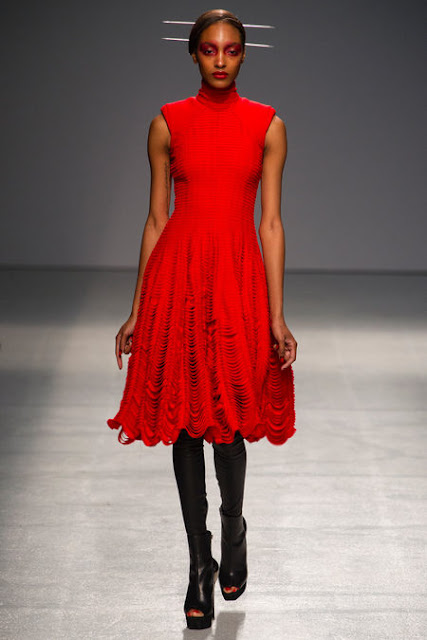