Vivienne Westwood Red Label
The beauty of Vivienne Westwood is that she can start off with literally any theme and still have the resulting show turn out like a giant "fuck you". With this season's Red Label collection she went for a ladylike mid-20th-century aesthetic, using boxy woollen suits and 1950s cocktail dresses as a jumping-off point. 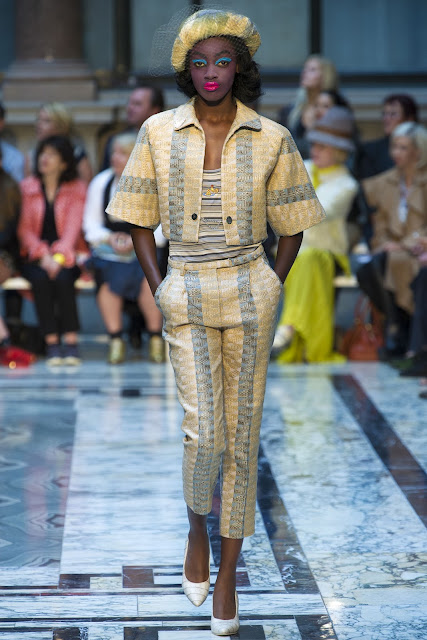 The styling helped a lot to temper the relatively conservative nature of this collection, with models stepping out onto the catwalk wearing Crayola-hued facepaint and Stepford-parody hairstyles. This wasn't my favourite Westwood collection, perhaps because for once she didn't seem to be designing for her own personal wardrobe. I often find that Westwood is at her best -- or at least, at her most Westwood, which is pretty much the same thing -- when she's courting outright ugliness, rather than this watered-down throwback to the period when she was mocking the fashions of the British aristocracy. 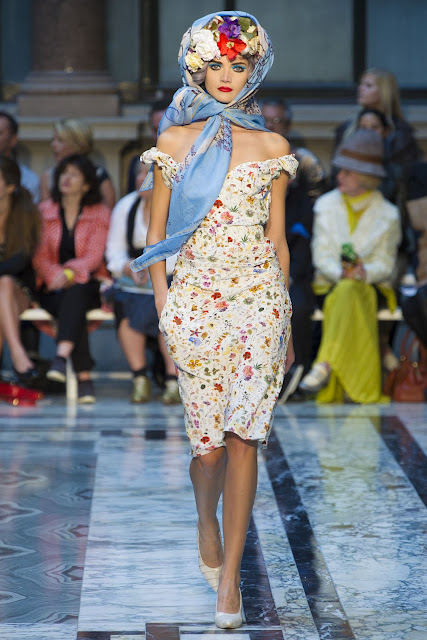 Word from the horse's mouth is that Westwood "doesn't care" about fashion any more, and that her main focus is "Climate Revolution" -- a slogan whose banner she unfurled at the end of the show. I'm not even gonna start on shit like this, because a) 99% of all fashion-based political campaigns are doomed from the start because they insist on statement-free slogans like "Climate Revolution", and b) unfurling a banner at the end of a fashion show is not activism. There's something very Zoolander about producing a show that touches on a political theme (the outfits are apparently influenced by recycled fashions) while simultaneously saying you "don't care" about fashion any more, and trying to put forth a political/social statement. 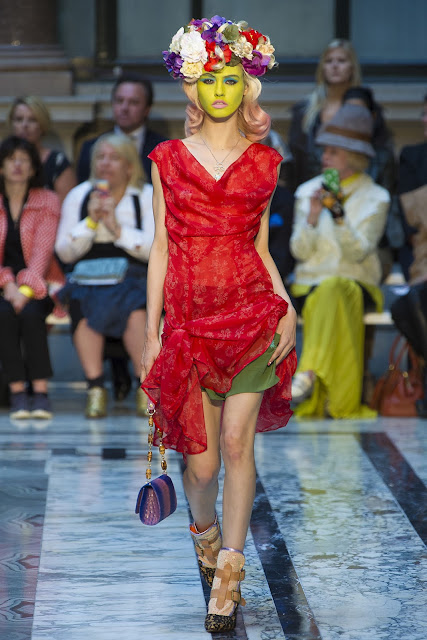 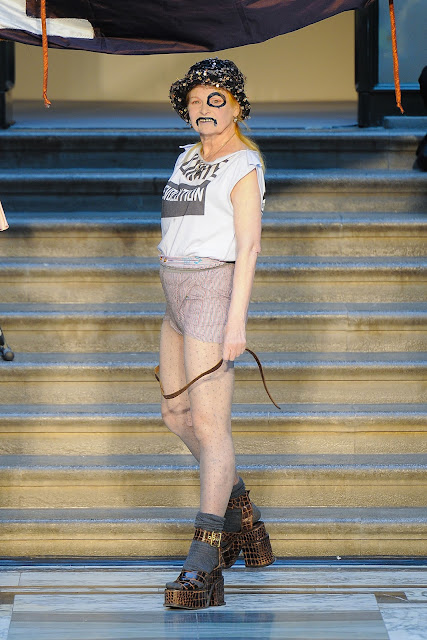 Erdem
Erdem Moriaglu's speciality is delicate floral patterns and neat, precise tailoring. This season he went for an unexpectedly neon turn, combining bright, almost clashing colours with snakeskin print. His inspiration was Zenna Henderson, the 20th century sci-fi author, and the result was a look that combines 1950s femininity with hints of alienness, both in the slightly-too-bright fabric choices and in the touches of snakeskin. 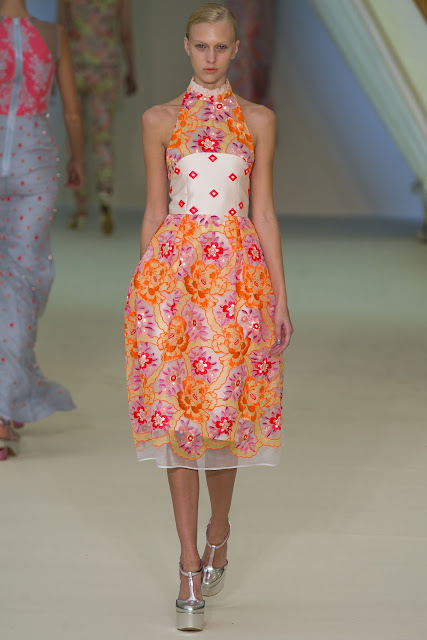 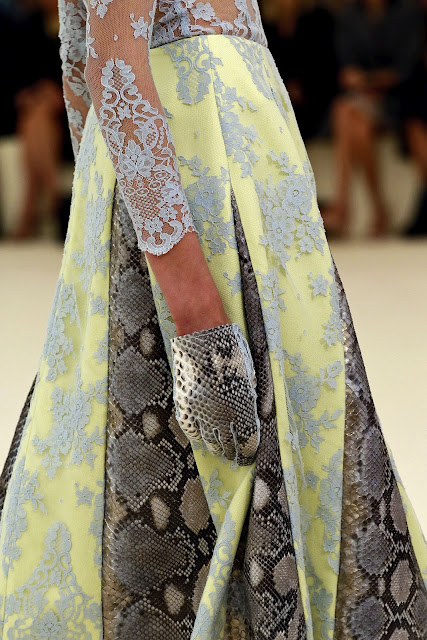 I decided to write about Westwood and Erdem together not because they share an aesthetic, but because their collections this season are so thematically similar. Although Westwood's designs were supposedly meant to come from a place of thriftiness and recycling (Climate Revolution! ...Or something.), what they actually look like is a typically punkish Westwood twist on conservative formalwear. Likewise, Erdem's designs were a mirror-world interpretation of his previous collections -- neat and girly, but using snakeskin and purposefully tacky colour-schemes to ofset the delicacy of each outfit. 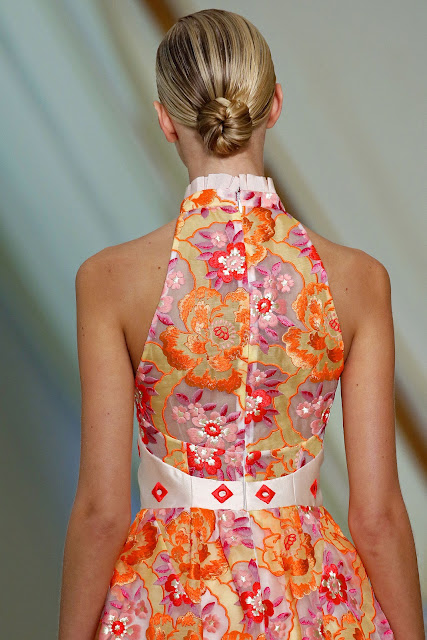 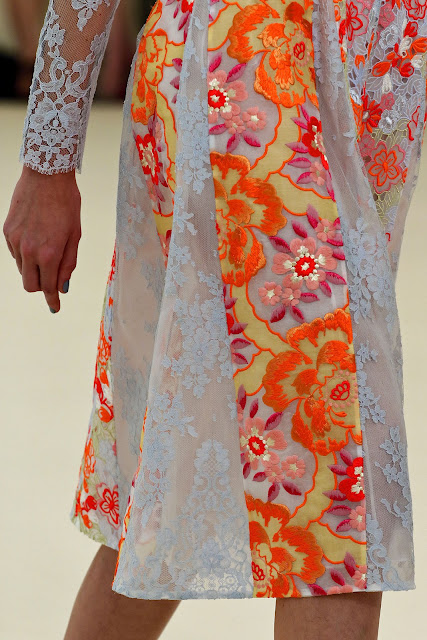 Oh, and for extra sci-fi cred, this show took place inside a giant geodesic dome. 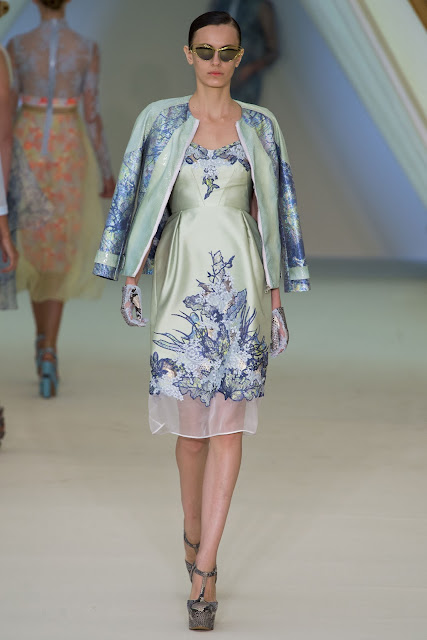 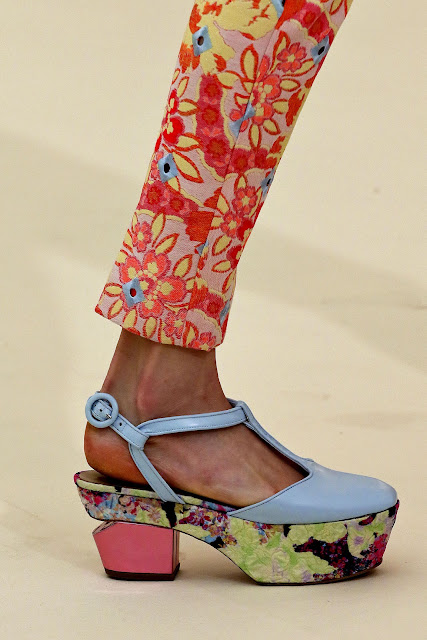