This is the point where you lose all respect for me as a writer and an adult and a human because I'm posting about a) a trailer for a trailer, and b) a bunch of uninformative photos of superheroes standing around and looking at stuff. (N.B. Yes, a trailer for a trailer. Please direct your tears of frustration at Marvel, not me.) 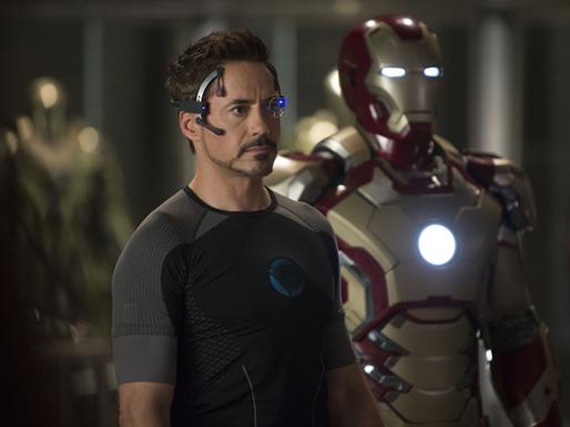 These promo pictures truly are a reassuring balm because thanks to them, we no longer have to worry that Iron Man wouldn't appear in Iron Man 3, or that Robert Downey Jr had suddenly become non-handsome. We can now rest easy in the knowledge that RDJ continues to be pleasurable to look at, and that at some point in this movie he puts on the Iron Man armour and fights something. I swear, superhero movie promotional material is more tightly controlled than press-releases from presidential campaign offices.

Iron Patriot
I'm gonna go ahead and assume that the filmmakers are self-aware enough to know that this armour looks totally ridiculous. When the first on-set pictures leaked, it was quickly pointed out to me that the decals on the hips and shoulders of the Iron Patriot armour look like My Little Pony cutie marks (I thought they looked more like tramp-stamp tattoos, personally), but I suspect that Tony Stark is likely to point this out himself. At least Steve Rogers can relax his guard because Rhodey will surely now bear the brunt of Tony's Star Spangled Man-related teasing. 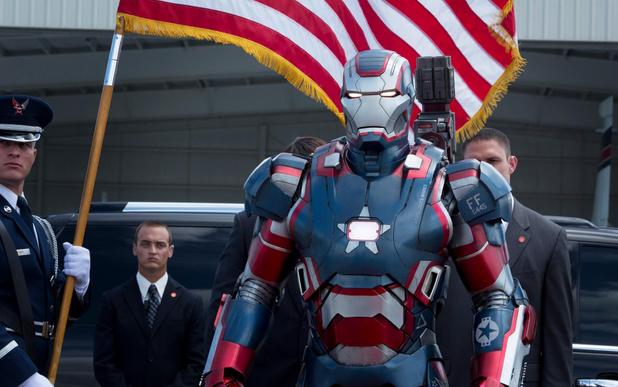 Iron Man armour
I'm not wild about the newest iteration of the Iron Man suit, which is mostly gold with some red parts, which has considerably more gold than the previous versions. But since this movie is going to deal with the Extremis storyline somehow (no spoilers, please!), I suspect that there may be another Iron Man suit in the movie that won't appear in the trailer? I would actually prefer it if they leave the Extremis stuff as a surprise for the movie itself. 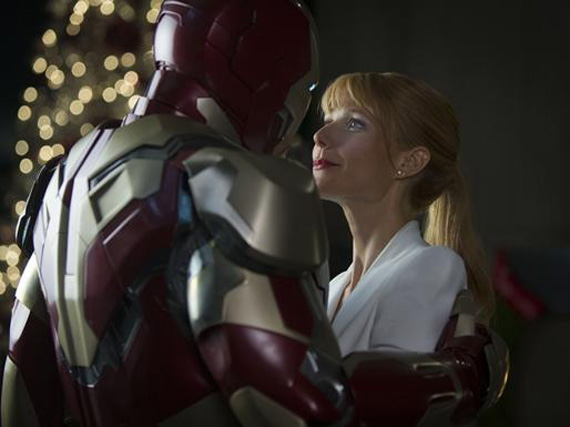 Pepper Potts
As for Pepper, the promo shots don't tell us much, but the teaser trailer is already stressing me out because Pepper looks upset (and strapped into some kind ofcage or torture device??), and there's a clip of a scene where Tony exits a hospital. Is Pepper in the hospital? If so, someone please fetch me my fainting couch because Pepper Potts and I are linked on the astral plane, and if she hurts, I hurt. (This is scientific fact.) 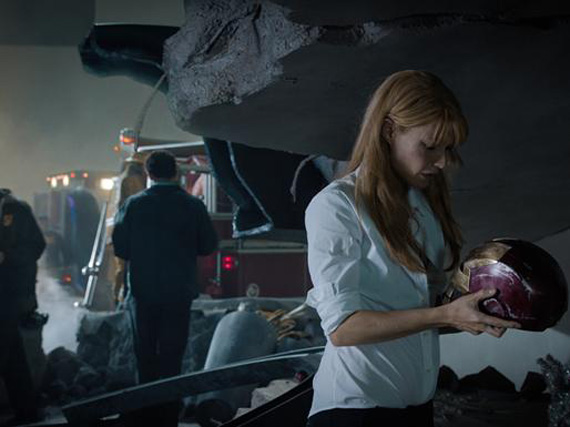 The poster.
This poster is like an inkblot test for comicbook nerds. If you look at it and see something really exciting, you're one of us. Basically all we've got here is a dude looking at a bunch of robot suits, but my reaction to it is: ;LAKSDFAS;LAF because of completely legitimate reasons like, I Love Iron Man. Actually, I really enjoy this choice of image because not only is it ~mysterious~ (and a helpful reminder of all those other Iron Man movies -- you know, in case we'd forgotten), but Tony Stark is the only superhero for whom it is totally in character to build a circular display room where he just looks at his own costumes while trying on new ones. This poster is essentially a picture of a guy standing inside his walk-in closet and preening. In other words: awesome. 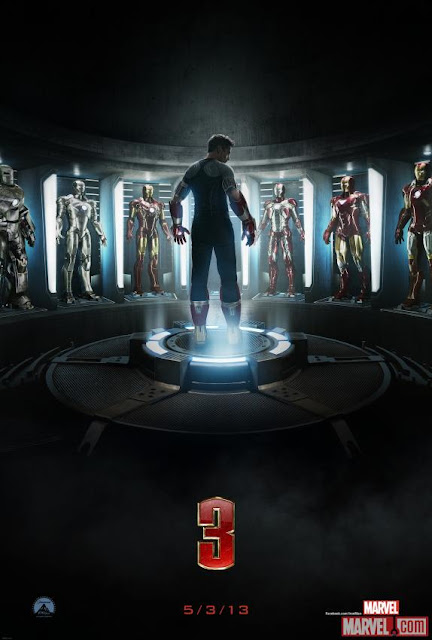 Quick postscript: it's no secret that I'm a total fan-dork so there will definitely be more vacuous posts like this in the future, regarding any and all Avengers-adjacent movies coming out in the next couple of years. However, no matter how many "WHAT IS HAPPENING??" type questions I appear to ask, please know that they are all rhetorical. Although I enjoy speculating about films that haven't come out yet, this blog is definitely going to remain a spoiler-free zone. 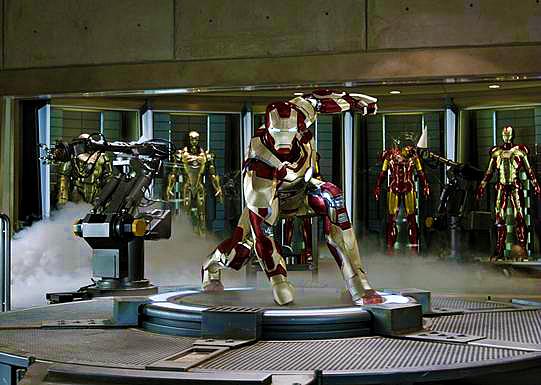 Edited to add: And also, we get a picture of Ben Kingsley as The Mandarin, looking like one of the many interchangeable dwarves in the new Hobbit movie!

Click here to see all previous Marvel/Avengers posts.
Posted by Hello, Tailor at 10:18