Alexander Wang
I wonder if Alexander Wang ever just feels too cool and has to have a little sit-down? OK, I kid, but this is the same guy who last year was lauded hither and yon for making the most ~magical~ plain white t-shirt in all of Fashionland, and is consistently successful every single season with a selection of designs that are basically the minimalist android equivalent of sweatpants and hoodies. This season: blocky black-and-white boots to go along with a whole collection of simple monochromatic outfits, all modeled in the coldest and most kidnappy of basements. 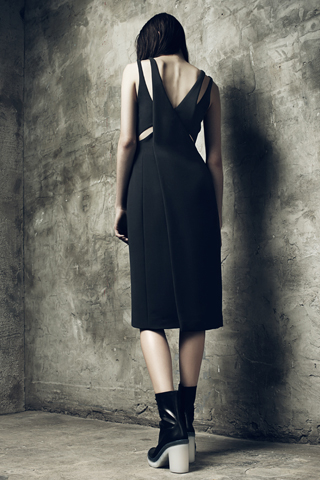 Hipster Snape Eveningwear is my fave, so this dress immediately gets my vote. I'm also rather curious as to how one gets in and out of it. Does it... unwrap? No matter. None of us are rich enough to ever try it on, anyway. 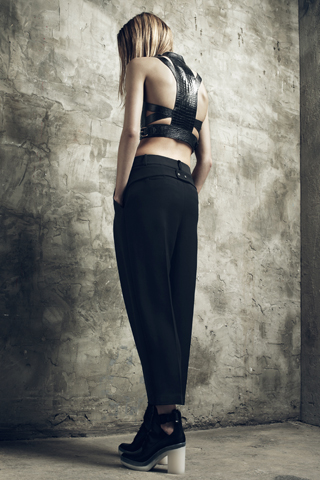 I love a Fifth Element strap-shirt as much as the next guy, but Fashionland is going to have to try a lot harder if I'm ever going to join the club of people who approve of cropped and tapered trousers. This pair are by no means the worst in the collection, actually -- evidently Alexander Wang's flirtation with hipster chic has led to a full embrace of the wonders of unflattering grandparent trousers.

Carven
If this was floorlength it'd look like some kind of marvellous faux-medieval gown. As it is, it appears to be dangerously close to my ideal outfit, ie a classic Starfleet uniform minidress made from 17th century Flemish tapestry. (P.S. That last part was deadly serious.) 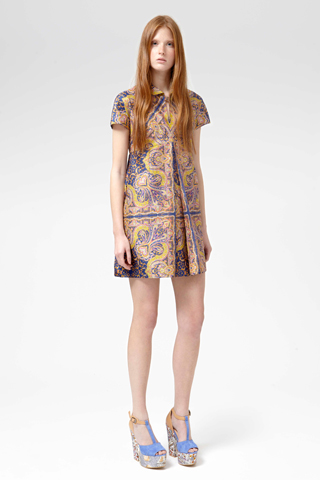 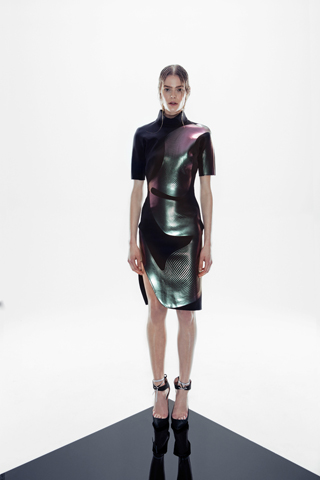 L'Wren Scott
PERFECT RESORT COLLECTION. The print isn't precisely what I'd have gone for, but the collection as a whole is deliciously summery, cheerful and retro without being too out-there. And it's the hats that really make each of the outfits. Who doesn't want a collection of complementary pillbox hats? Terrible people who don't enjoy Christina Aguilera's Candyman video, I assume. 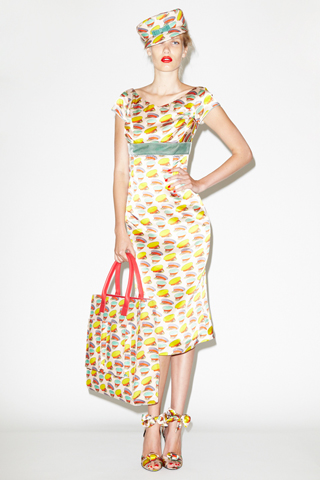 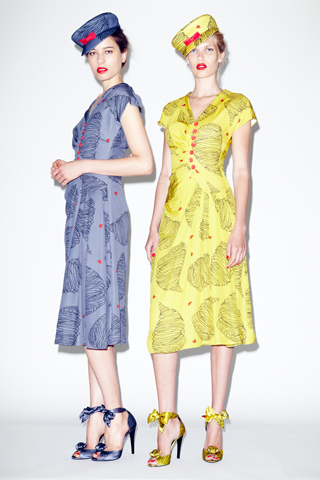 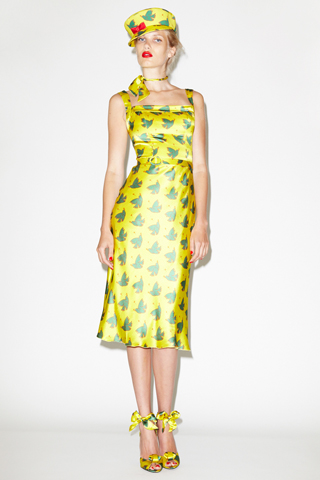 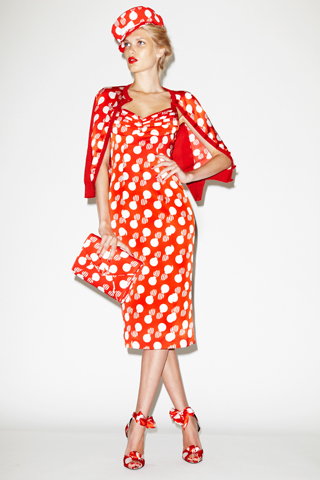 Peter Pilotto
I feel like Peter Pilotto has my beloved Mary Katrantzou to thank for a lot of these outfits. I'm not suggesting anything so drastic as plagiarism because there is a certain amount of overlap between these two designers anyway, but this particular collection did combine two of Katrantzou's main design elements: complex digital prints, and structured minidresses. 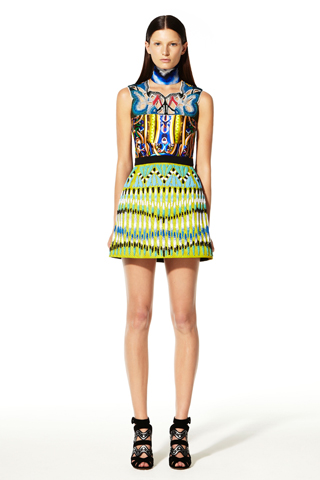 The print designs come from illuminated manuscripts sourced from the Royal Library in London, and range from stained-glass glowing to some variations on the current trend for symmetrical "tribal" (ughhhh) patterns on skirts and leggings. I picked the trousers below because they kinda look like they have a really fancy rainbow bullseye drawing attention to the model's vagina, which may or may not be the classy effect the designers were originally going for. 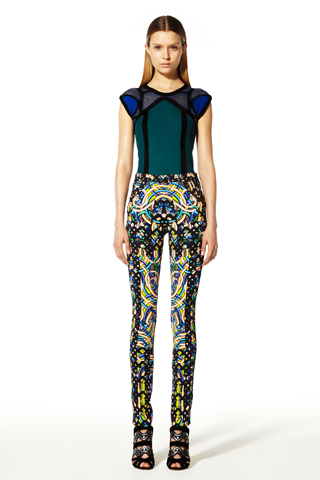 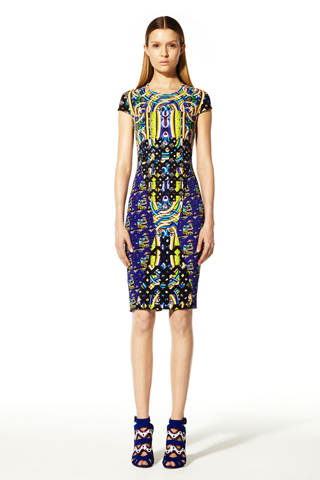 Zac Posen
As model choices go, Erin O'Connor was both unexpected and perfect. Age-wise she seems ideal because Zac Posen does tend to skew a little older, somewhere in the Victoria-Grayson-from-Revenge vamp range. And as a model, what is Erin O'Conner known for? Tall, strong, androgynous looks. Zac Posen, however, is known for wasp waists and hourglass-cut suits, implying that not only is the tailoring excellent in this collection, but there's also surely some corsetry going on as well. 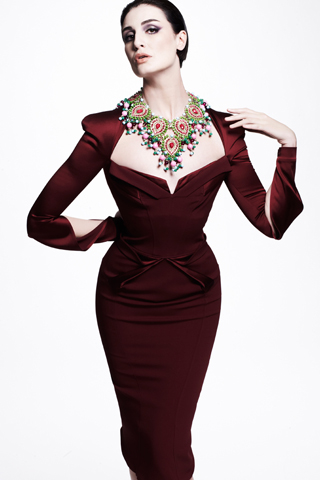 I love this suit. So Cruella Deville! 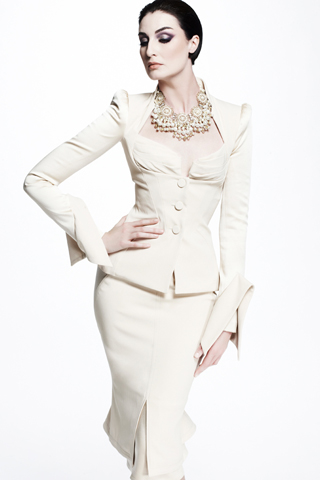 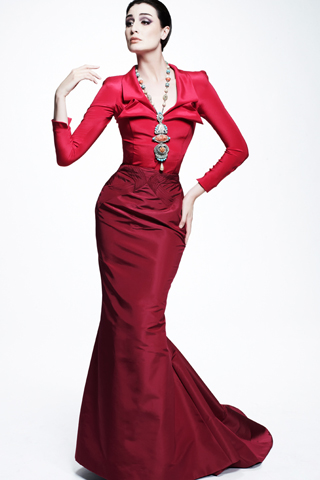 Zac Posen's capsule lable, Z Spoke, gets a far less positive review from me. Like most spinoff labels it's less interesting (and "cheap", at a mere $1000 per item), but the thing that particularly turned me off was the extreme thinness of the model they used for the lookbook photoshoot. I tend to have a higher threshhold than many people when it comes to the unusual appearance of high-end models, mainly because I look at so many fashion photos on a regular basis, but for a single-model Ready To Wear lookbook this kind of casting is just ridiculous. Z Spoke's designs mirror Zac Posen's in that they emphasise narrow waists and are very tightly fitted, but surely this is something that would be showcased more effectively by a model who actually has something to cinch in? 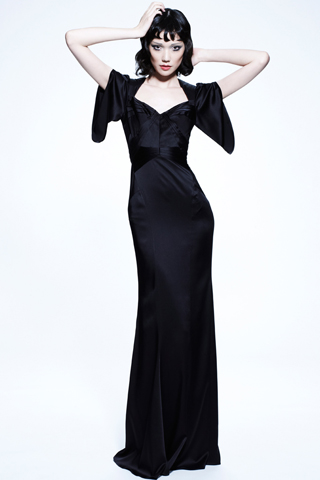