Previously: See the Chanel tag for further reports on Karl Lagerfeld's forays into a variety of intriguing design themes that usually boil down to "I'm stupendously rich."

Karl Lagerfeld and the court of Versailles -- to be honest, I can't believe this hadn't happened before. Lagerfeld, with his ever-present chalk-white ponytail, aura of eccentric aristocracy, and conscious detachment from the everyday wants and needs of the proles, couldn't fit in any better if he tried.
This being Chanel, the eighteenth-century French influences only went so far. For all that Lagerfeld adores extravagance when it comes to showmanship, he still adheres to the relatively sedate and conservative Chanel ethos. While this show was rather more cheeky and street-cool than many recent Chanel collections, it was mostly restricted to a calming colour palette of fondant-like pastels in Chanel-favoured fabrics. 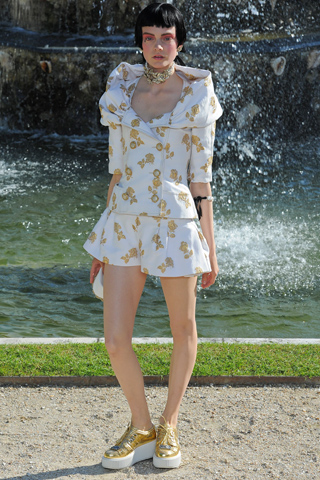 The show took place at the gardens in Versailles, the models strutting around one of the fountains to a soundtrack of M.I.A. and harpsichord remixes. The styling choices were impeccable: a modern, Harajuku-like twist on powdered wigs in the form of two-tone pastel ponytail/pageboy haircuts, plus every model was wearing snazzy brothel-creepers. A nod to both the old and the new, alongside some cool Chanel-symbol beauty marks that, unlike the pale blue pageboy wigs, I suspect may make an appearance on actual humans outside of catwalk land. 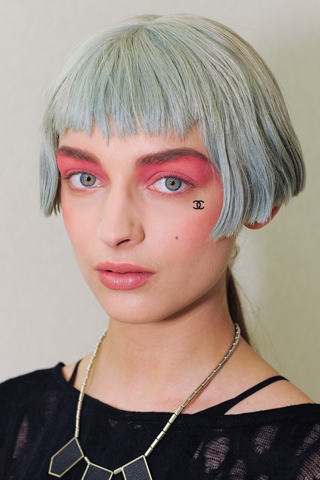 The most direct Versailles influences were the pannier skirts and pantaloons, decked out in pastel frills and lace. Short and stylised, those outfits were 18th century by way of Lolita and Sofia Coppola's Marie Antoinette rather than being a real nod towards historical fashions. 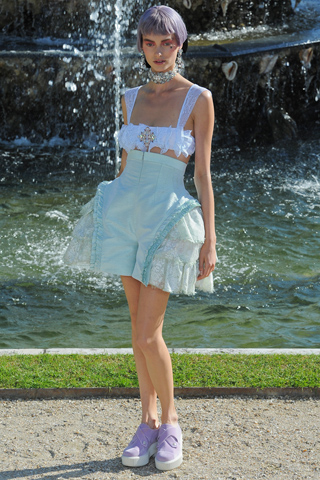 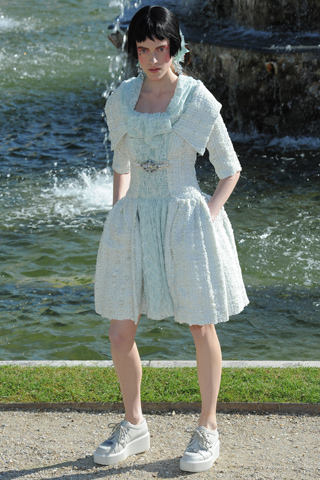 Karl Lagerfeld is self-aware enough that I'm sure this show's peasant vs super-rich undertones were entirely intentional. There were a couple of male models in the show and they, along with the female models wearing the trouser-suit outfits, looked like pantomime parodies of pageboys. 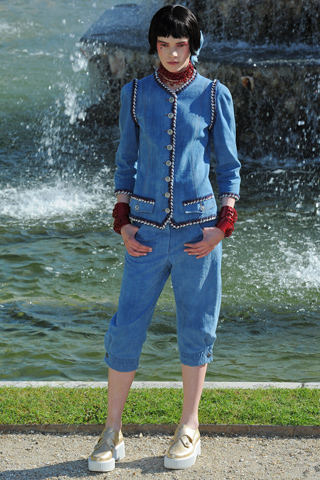 The suits with knee-breeches looked almost costumey, like the girls-dressed-as-boys outfits worn in comic plays, and the wide-legged trouser suits were like a modern retelling of Marie Antoinette's fetish for dressing up as a faux peasant and working on her own private "farm". They were made from traditional Chanel suit fabrics in frothy cupcake shades of pink and blue, and the baggy trousers were only peasant-like in that they had artfully unhemmed cuffs. The end result was a series of outfits that were one half neatly-tailored Chanel womenswear, one half Japanese street style Lolita parody. 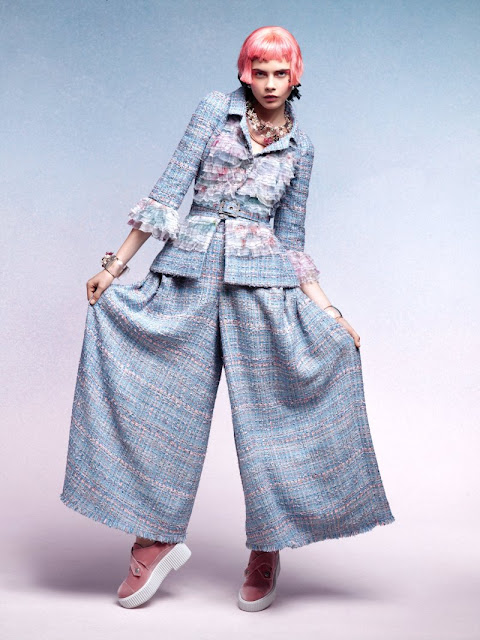 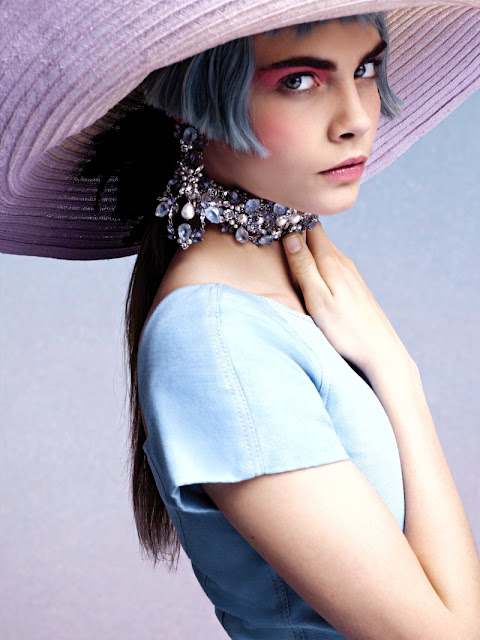 For me, this show was both more youthful and more interesting than expected. Cruise/resort collections tend to be unimaginative and mostly focussed around easy summer staples like bikinis and maxi-dresses, but this show was 72 outfits long and covered a wide variety of styles from straight-up 18th century costuming to modern party dresses and hip-hop influenced brothel-creepers. The biggest surprise was the prevalence of faux-gold and purposeful tackiness -- themes that the mature designers at Chanel usual shy away from.

Footage of the full show is available online here, and hi-res mid-walk photos can be found here. 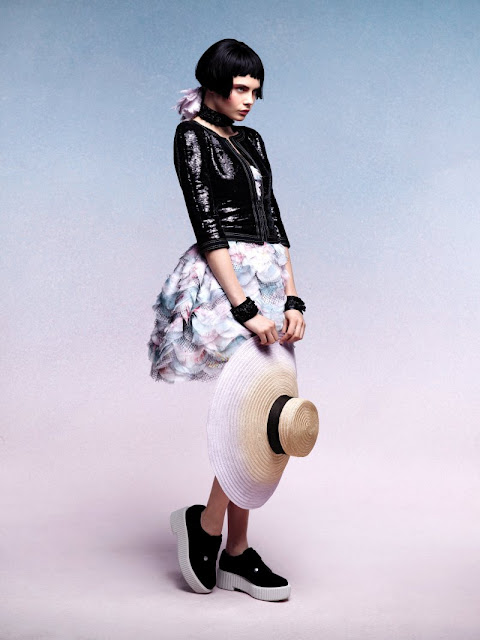 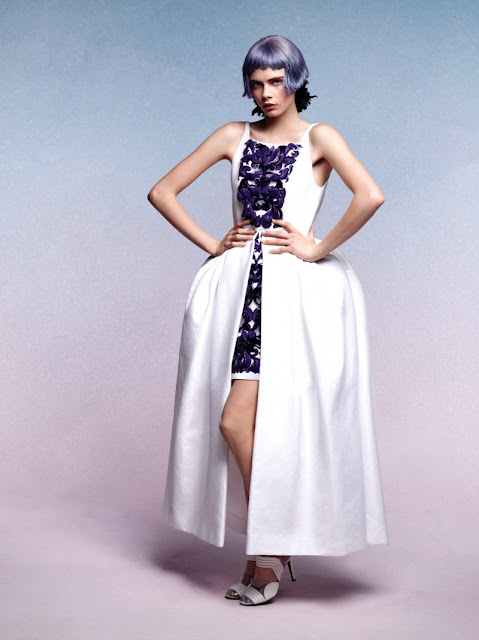 Email ThisBlogThis!Share to TwitterShare to FacebookShare to Pinterest
Labels: "it's historical", chanel