Behind the scenes of "Creature from the Black Lagoon", 1954. 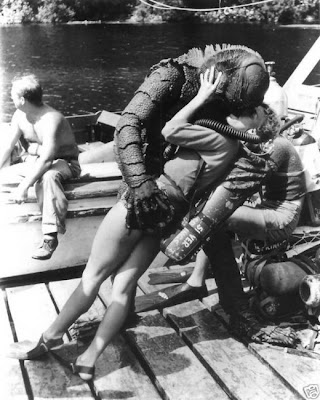 Kate Imbach matches famous book covers to bathing costumes. How do you even come up with an idea like that?? I love the human mind. (Matchbook) Lanvin's Fall 2012 ad campaign is one of those rare high-end fashion campaigns that is something other than deadly dull. Most designers rely on celebrity endorsements and/or bland, photoshopped supermodels, and although this ad campaign isn't exactly pushing the boundaries of high art it's certainly a welcome change from the symmetrical perfection of Kate Moss et al. Using "real people" as models is a gimmicky ploy, but it makes for some arresting images nonetheless, not to mention injecting some personality into the normally airless environment of major ad campaigns.

Surreal clips from Adam West Batman are nothing new, but this scene where Batman drinks orange juice and jives in a cool 1960s nightclub is a delight.

Medieval lingerie. Bras are something we think of as being relatively modern, but archaeologists have discovered that women in 15th and 16th century Austria were definitely wearing something that looks suspiciously like the bras we see today.

Competition to design a "fat" female superhero. SHOULD BE RELEVENT TO EVERYONE'S INTERESTS.

Siberian princess reveals her 2500-year-old tattoos. "Compared to all tattoos found by archeologists around the world, those on the mummies of the Pazyryk people are the most complicated, and the most beautiful." 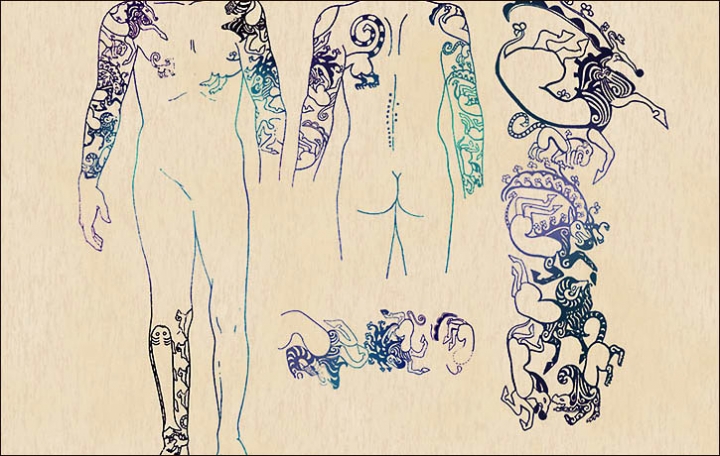 Illustrator Brian of Dangerous Days has come up with a run of cool Star Trek-inspired licquor ads, riffing off classic vintage advertising. You can see the whole collection here.