Proenza Schouler
The close-up shots from this show are far, far more interesting than the overall effect of each individual outfit. The silhouettes were boxy but chic, as I'd expect from any season of Proenza Schouler, but this kind of unique design detail is one of those moments where you can really understand why these clothes are so stupidly expensive. (Something that I don't alway believe when it comes to -- totally random example here, guys -- Calvin Klein's neverending supply of knee-length white dresses.) 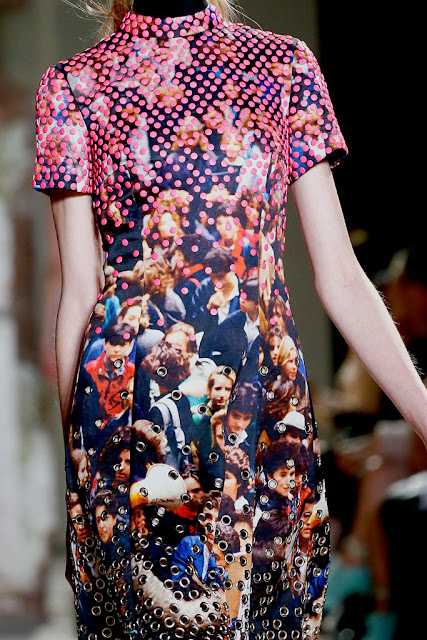 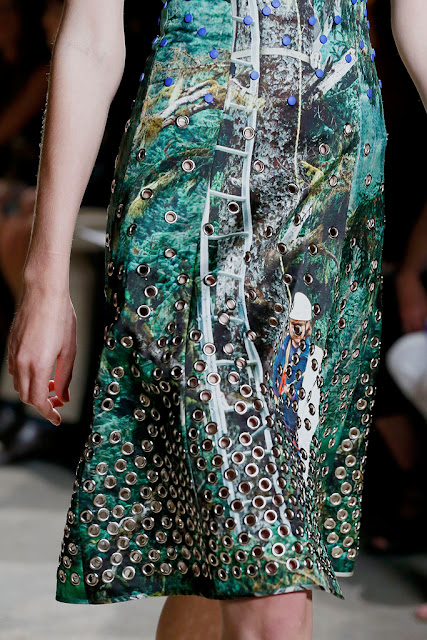 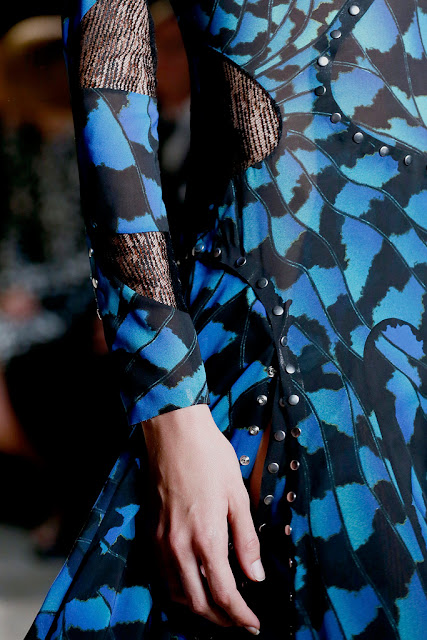 Ralph Lauren
OK, this was one of those "Mediterranean" themed shows where there were either flamenco-style ruffles, black lace accents, or matador references on every single goddamn outfit. But instead of me posting all 62 very obviously Ralph Lauren-ish outfits plus their respective "Mediterranean" hats, instead we're going to talk about these trousers: 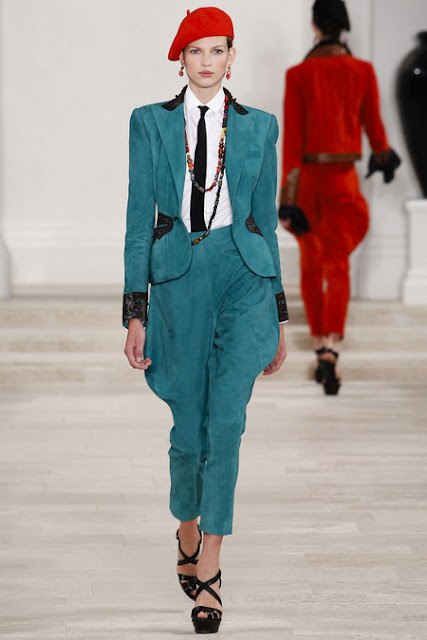 Guys, this is a VERY SPECIFIC STYLE that can potentially look very cool and retro, but only if you do it right. Also, I feel like it's a look that doesn't go very well with a skinny model's frame? 1930s/'40s riding breeches can look great if they're buttoned at the calves and are tightly fitted around the waist and hips, but if they're remotely un-shaped around the lower leg and are worn by someone with a very thin frame, you tend to get the effect of a recently-deflated balloon with a stick rattling around inside it. On the whole I don't think most women are likely to be in favour of an item of clothing that emphasises the hips and upper thighs anyway, so it's kind of important for it to fit correctly in the first place. 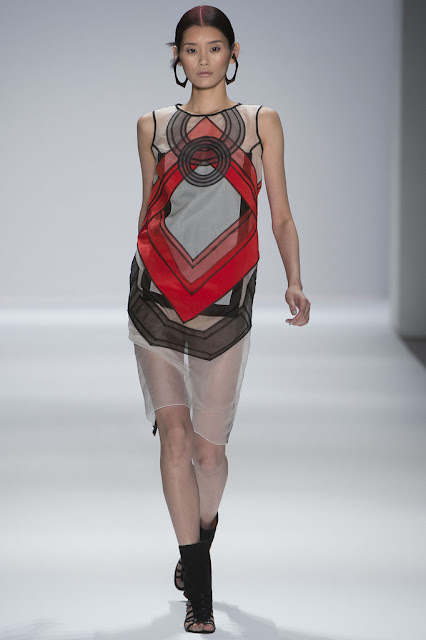 Nicholas K
Tattooine is so in this season. 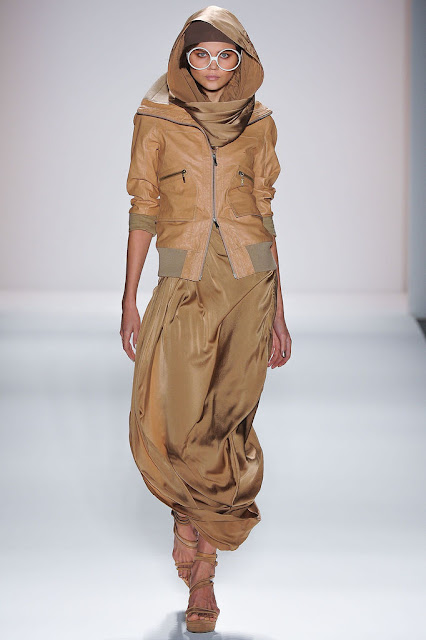 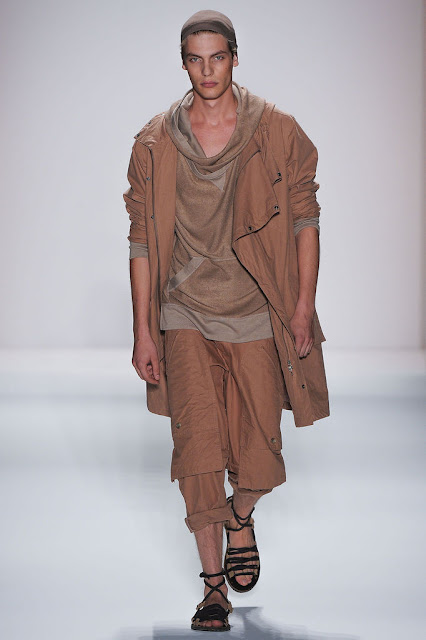 Kimberly Ovitz
I'm including this outfit not because I think it's particularly interesting or attractive in itself, but because a) it's another indication that hood-scarves are A Thing now, and b) this whole show was a perfect example of WTFM: "What The Fashion Muse??" 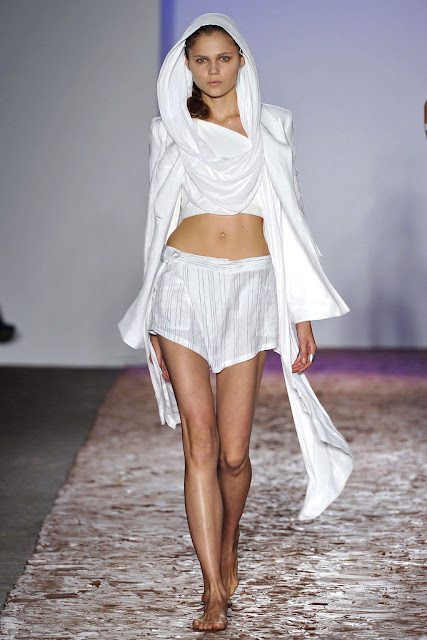 Kimberly Ovitz's entire Spring collection was reportedly inspired by a Kazakhstani performance artist who specialises in Russian Futurism and something to do with nomad culture. What I would like to know is, how do designers invariably manage to get from such esoteric beginnings to an end result of 37 near-identical white/beige shift-dresses? Karl Lagerfeld or Jean-Paul Gaultier can take a theme like "oranges" or "office supplies" and run with it, creating a collection of unparalleled weirdness and beauty, but I feel like at least half the time when designers try to attach an explicit theme to their work, it sounds like absolute nonsense. In fact, it wouldn't hugely surprise me if it turned out that some of the labels that turn out whole shows of skirts-and-shirts outfits just go on Wikipedia two hours before the show and pick out a random article to claim as the "muse" of their latest collection.

Peter Som
Cropped bra-shirts and high-waisted pencil skirts are a brilliantly flattering Spring trend that is sure to catch on like wildfire among the general populace. (Seriously though, I'm relatively slim myself but this outfit would still make me look like an overcooked sausage whose skin has split in the middle.) 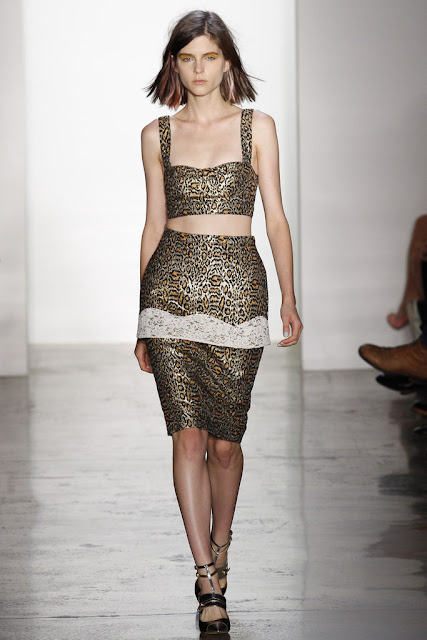 Katie Gallagher
I WANT THIS OUTFIT. If I had it I'd wear it every day. No further commentary than that because technically speaking it's not all that interesting, but on the off-chance that any of you guys  know where I can get something that looks exactly like this but doesn't cost $$$? Call me. (Although I have a sneaking suspicion that the skirt is made of kangaroo skin. So, uh, not that particular detail.) 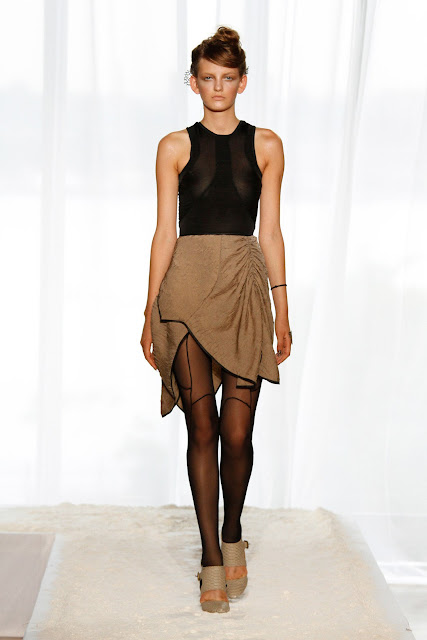 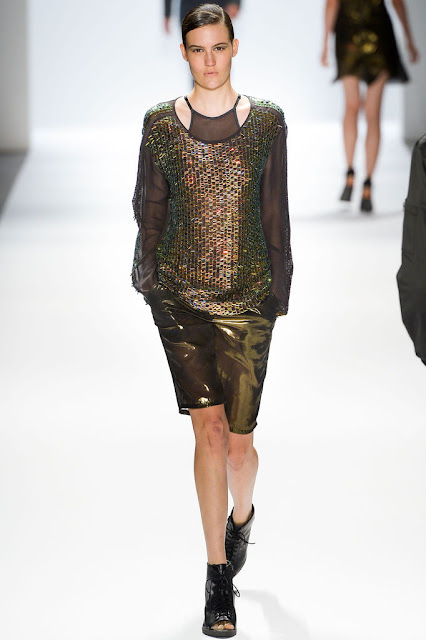 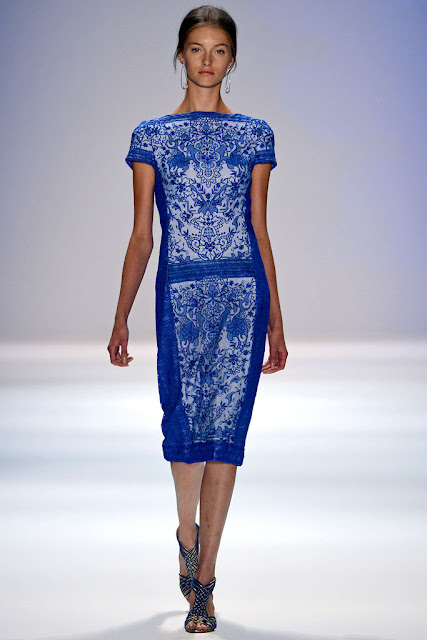 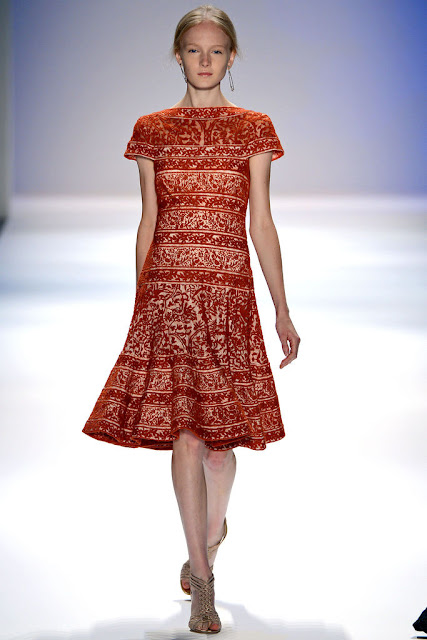 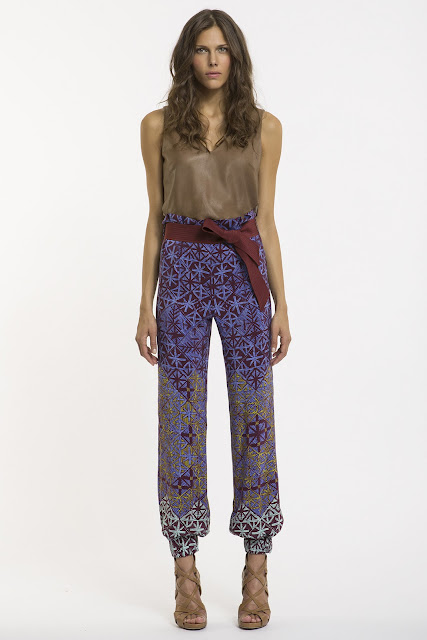