One Direction, teenage Tumblr fandom, and how to be safe and private online.

Thanks to this Daily Dot article about Larry Stylinson "believers" (fans of One Direction who, rather than taking the more conventional fannish route of merely writing fanfic about their favourite boyband, truly believe that two of the bandmembers are secretly in a real-life relationship), I've been seeing way more of 1D fandom than I ever thought I would. But while I found the subject of the article to be very interesting (as was the near-immediate fandom backlash against the article), the points in this post aren't specifically targeted at Directioners -- just a particular subset of Tumblr fandom that seems to include a lot of 1D fans. I've been in a few fandoms myself and have no problem with anyone shipping whoever the hell they want, provided they're courteous to other fans. What I am worried about is the attitudes a lot of younger fans seem to have about fandom, Tumblr, and online privacy.
Aside from the large quantity of messages/comments/tweets the Daily Dot received regarding the actual content of the article, there were a lot of complaints that the article had "broken the Fourth Wall" of fandom. This phrase was bandied about quite a lot and seemed to mean something a little different from its more typical meaning. Another way I've seen this sentiment phrased is "what happens on Tumblr stays on Tumblr". I totally understand these fans' discomfort at the discovery that non-fandom people are suddenly aware of their secret online hobby, but I also find it very troubling that so many of them seem to think that Tumblr is a private place.
Fandom isn't a secret
I found out about fandom around 2002, when I was still a kid. Tumblr didn't exist yet, most of Harry Potter fandom lived on Livejournal and fanfic sites such as FictionAlley, and the way I found out about all this was via a newspaper article about fanfiction. So in my personal experience, without even having to do any research on the subject, I know for a fact that the mainstream press has been reporting about fandom for at least ten years. In recent years, fan culture has come into the mainstream in a big way, with entertainment news and gossip magazines regularly reporting at Comic-Con, and 50 Shades Of Grey topping all the bestseller lists for months. A lot of reporting on fanfiction/fandom is still pretty ignorant and disrespectful because most of the journalists aren't involved in fandom themselves, but fanfic isn't the secret society it was twenty years ago. And I'd find it vanishingly unlikely for anyone currently starring in a fandom-popular TV show or in a band like 1D to not be aware of fandom. In fact, I wouldn't be surprised if winners of reality shows like American Idol and X-Factor were actually briefed about RPF as part of their press training, just so they wouldn't alienate fans by seeming shocked or appalled by the concept.

That being said, I totally understand why someone would want to keep their own involvement in fandom secret or private. A lot of non-fandom people still think it's a weird hobby, particularly if you're into RPF/RPS, and that kind of thing is important to take into consideration when you're applying for jobs or starting at a new college or school. Which brings me to my main concern about fandom and privacy.

Tumblr isn't private or "safe".
To me, the most confusing thing about the "what happens on Tumblr, stays on Tumblr" philosophy is the idea that Tumblr is remotely private, AT ALL. I was baffled when I noticed people complaining about their Tumblr posts being linked in the Daily Dot's 1D articles, not because I didn't understand the sentiment of being freaked out by the sudden publicity it gave to certain Tumblrs, but because I didn't understand how anyone could fail to realise that all Tumblr posts are public and insecure. Once you make a post on Tumblr, you're inviting other people to blog it. The platform is specifically designed to make it easy for people to spread information and pictures as quickly as possible, meaning that once you've posted something you have no control whatsoever over where it travels.
On more typical blogging sites like LJ, you write a post and people comment on it. Occasionally someone might quote you on their own blog, alongside some accompanying commentary. Chances are, the only people who will ever see that post are the 60 people who have you friended, plus one or two silent lurkers and some random passers-by. On Tumblr, though, you can spend 15 seconds writing a text-post saying, "I LOVE KRISTEN STEWART!", which is then read by your 300 followers, reblogged by 10 of them, and then maybe reblogged by 10 of each of their followers. The next thing you know, you're waking up to see that your post has 15000 notes, a third of which are from people who hate Kristen Stewart and are arguing with the people who love her. Tumblr is designed to make it as easy as possible for memes to spread virally, and sometimes memes just happen. Sometimes things spread rapidly on Tumblr because they're witty and clever (ie, cartoons by Gingerhaze), but sometimes it's just down to random chance or the fact that they were reblogged by someone with a lot of followers. Basically, it doesn't matter if "what happens on Tumblr stays on Tumblr", because not everyone on Tumblr is in fandom and if your post goes viral then it's inevitably going to end up being viewed by some non-fandom people. Tumblr doesn't have a Fourth Wall; Tumblr doesn't have any walls at all. Being quoted once in a popular blog post by someone like Gawker or the Daily Dot is nothing when compared to that. Which brings me to my next point:

Think before you post personal information on Tumblr
I first noticed this trend for posting personal info just after I started writing my Avengers costume design posts. A bunch of people started following me on Tumblr all at once, and I was kinda curious who all these people were. The obvious answer was "Avengers fans", but I was alarmed to notice that a lot of the time when I clicked on a new follower's username, their Tumblr homepage would have a little blurb like, "Hi, I'm Katy, I live in Birmingham, Alabama, I'm 16 years old, I'm bisexual, and I love Avengers and Sherlock!" and then a photo. Perhaps as a person in my early twenties I already qualify as an old woman in some fandoms, but to me this kind of behaviour seems very dangerous, particularly on Tumblr where your profile is likely to be read by a lot of complete strangers.
In the context of the Daily Dot article, something I found even more troubling was the number of people who were posting comments to the effect of, "I can't believe you linked to peoples' Tumblrs without permission!"/"I can't believe you broke the Fourth Wall like this!" while logged in using their Facebook accounts. Facebook, the social network that most people use for their real-life personal interactions and will probably use to interact with coworkers, family members, and people they met at a party six months ago and never interacted with again. In any other context I'd be happy to see people be so open about their love of fandom, and maybe even interpret it as a sign of a new era in fandom wherein fans can feel comfortable about revealing their internet subculture to their real-life acquaintances without fear of being labeled a weirdo. But if you're simultaneously posting under your real name and freaking out about the concept of fandom going "public" or fans/shippers being perceived in a certain way by "outsiders"? Then I can only assume that a lot of young fans really have no idea how information can be accessed on Tumblr, Facebook, and the internet in general.

A good way to look at this would be through a Sex Ed metaphor. Have fun with fandom, but make sure you always use protection unless you're absolutely prepared for the consequences. Take control of your personal info, and don't post anything in an easily-rebloggable setting like Tumblr or Twitter unless you're OK with anyone seeing it, because the internet gives people the opportunity to be infinitely more creepy than they are in real life. By and large, internet fandom is a great place where you can talk to the kind of geeky, awesome people you might not get to meet IRL (especially if you're still in school), but for every friend you make there are potentially hundreds of people silently passing through and looking at your Tumblr or Twitter without you ever knowing they're there. 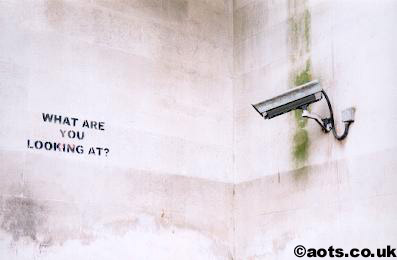 I'm going to end this with a story about something that happened to me a couple of days ago. I bumped into an acquaintance and he and his friend stopped to say hi. Me and this person barely know each other so it was only the most basic of exchanges, with the only thing I said to his friend being, "Nice hoodie", because he'd painted graffiti art all over it. He asked for my name, and when I told him all he said was, "See you on Facebook," in a suddenly super creepy voice, before walking away. He went from zero to serial-killer in less than thirty seconds. In retrospect, I wouldn't even have told this guy my name, and I'm pretty sure you wouldn't either. So if you wouldn't do that, why would you reveal your name, age, hometown and taste in fanfiction to every single person who happens to stumble upon your Tumblr profile?
Posted by Hello, Tailor at 14:00