Duckie Brown
Containing enough plaid and denim to clothe several platoons of stereotypical lumberjacks (or, more likely, rich hipsters), Duckie Brown's latest collection was not for me. Having very little patience for double-deniming in general and catwalk fashion "explorations" of the ubiquitous jeans/plaid combination in particular, my favourite looks from this show were the weirder ones such as strangely-tailored mess of wrinkles and ruffles, which would have looked more at home at a Yohji Yamamoto show. The most memorable trend of the collection was the plethora of long strips of leather looped around the models' torsos (shoulder belts?), a non-functional accessory that I highly doubt will catch on.

Gary Graham
My love of short, bloomer-like pantaloon trousers is partially responsible for my love of Gary Graham's latest effort, but even beyond that one appealing component this collection is an intriguing combination of floaty weirdness and more down-to-earth hippie styles. The colour scheme and styling are distinctly earthy and unglamourous, which only serves to highlight the numerous details that are clearly founded in high-end craft fashion and impracticality. 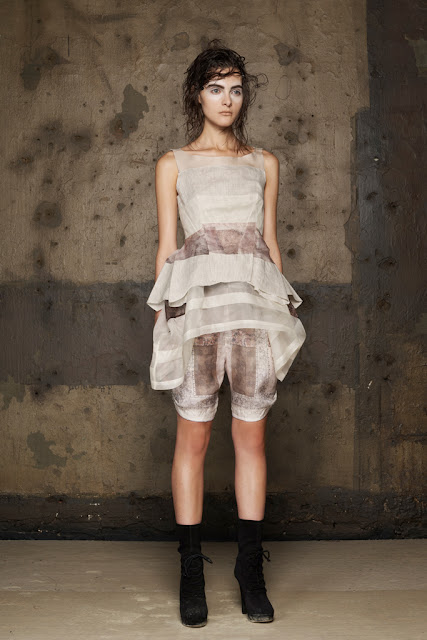 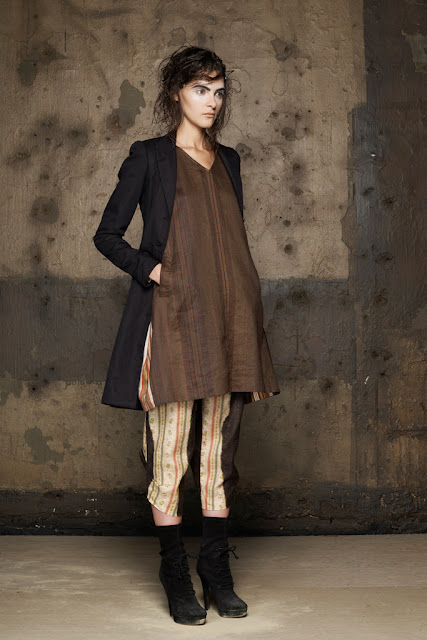 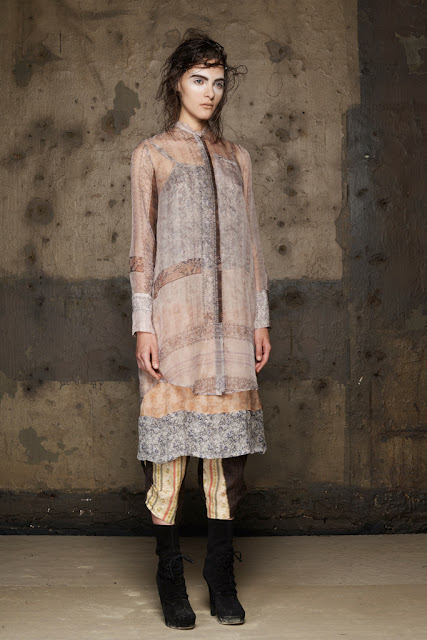 BCBG Max Azria
Continuing on in what I can only describe as the Max Azria formula, this collection was full of angular, translucent monochrome dresses -- no real departure from what we've seen at most of their other Fashion Week shows in recent years. This season the emphasis was on leather harnesses worn over those dresses, an accessory brought over from the Herve Leger wing of the company. 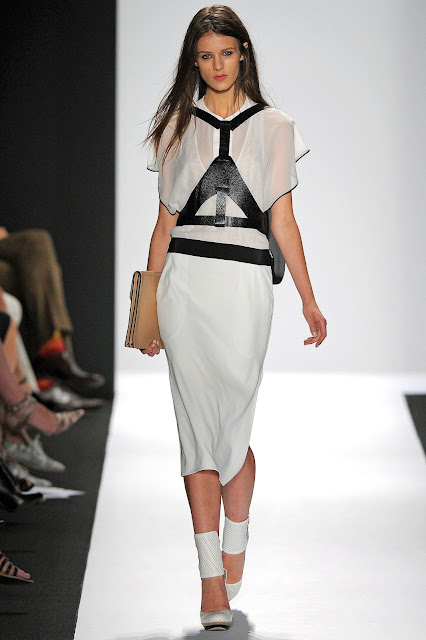 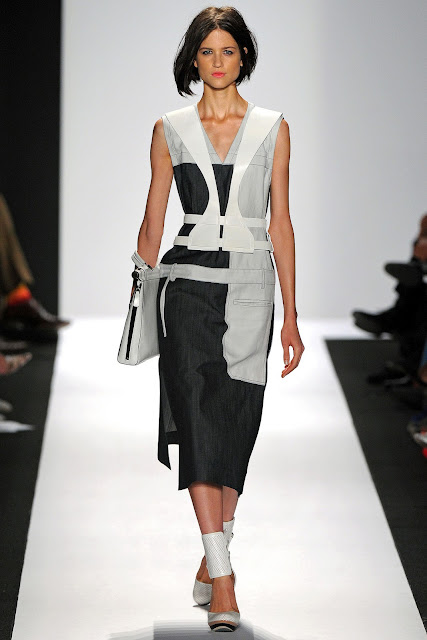 Some of these looks worked better than others. The most geometric, grey, businesswear-infused outfits were my favourites, with the black gothic harness dresses coming in a close second. The dresses that tried to combine summery beach skirts with white leather didn't really work for me, but I'm sure that somewhere out there Gwyneth Paltrow is already calling her stylist to order some in for her next oh-so-casual vegan barbecue. 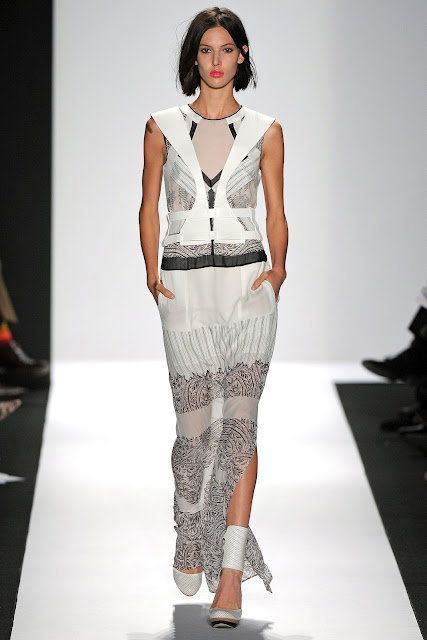 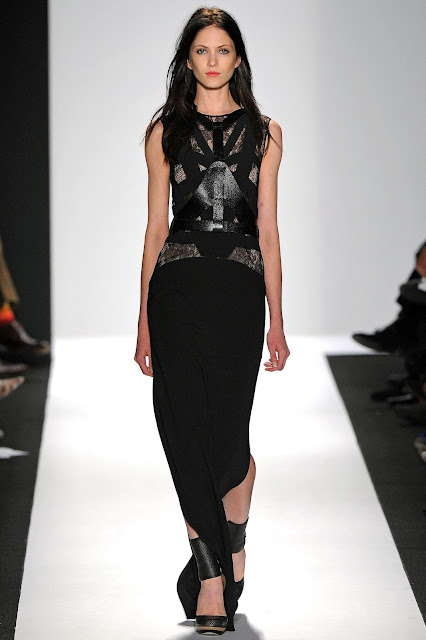 Z Spoke by Zac Posen
Another winning lookbook from Zac Posen's ongoing quest to make the ideal wardrobe for a vampire heiress's summer holiday in the Hamptons. 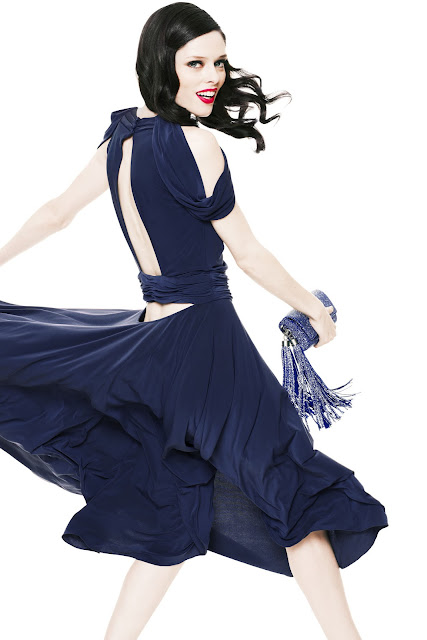 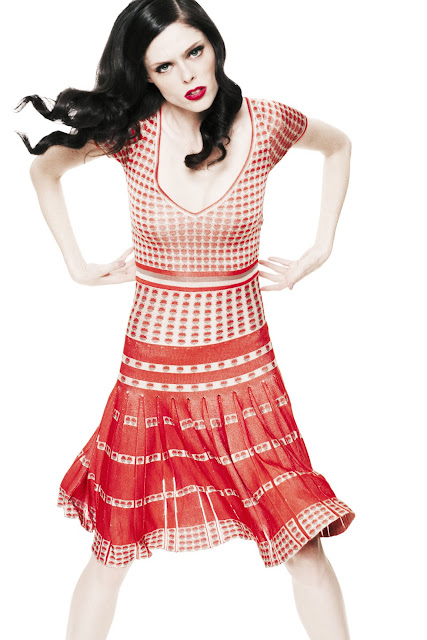 Featuring considerably fewer body-con dresses and figure-hugging Morticia Addams skirt suits than I expected, this collection was about as Spring-like as Zac Posen ever manages. On a different model I have no doubt that many of these outfits would've looked adorable and perfect for picnics with other beautiful people, but the inevitable 1950s gothic pinup styling meant that the idea of direct sunlight seemed like an anathema to Zac Posen's "Spring". 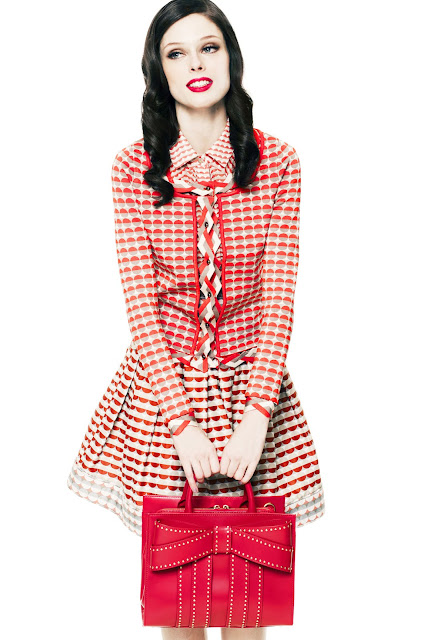 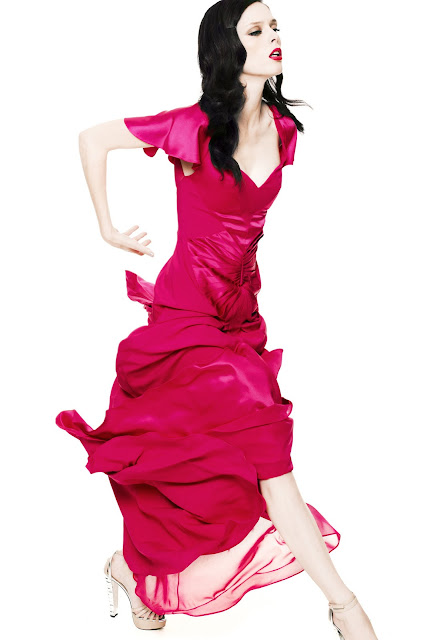 Coco Rocha (who is apparently only 23??) was the perfect Zac Posen model -- stick thin, white as snow, and with the kind of vampy aesthetic and attitude that transforms his comparatively simple floor-length evening gowns into dramatic Old Hollywood femme fatale outfits. 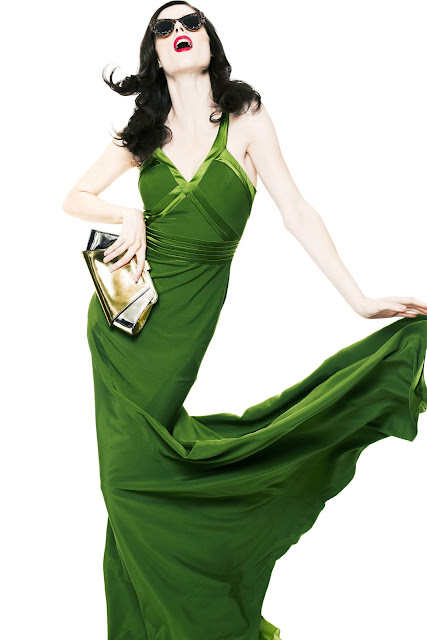 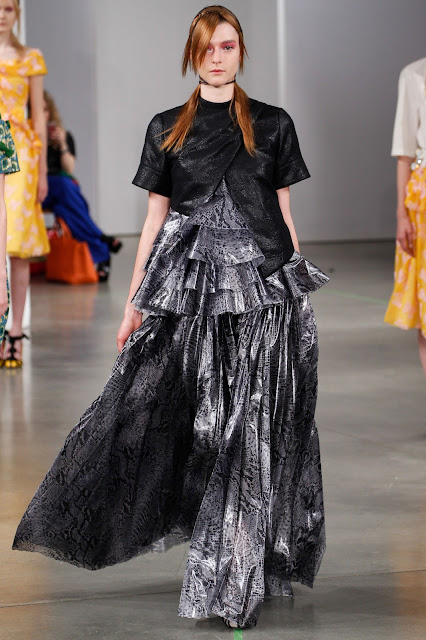