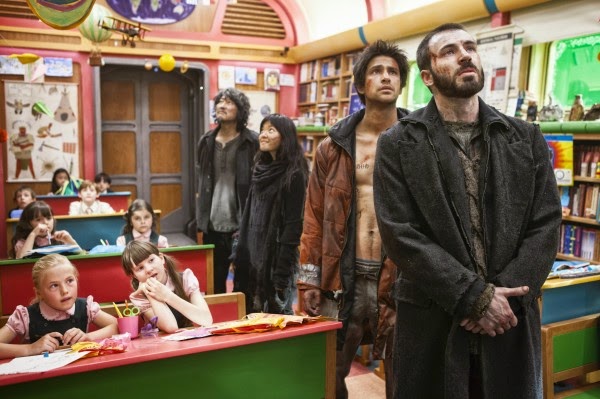 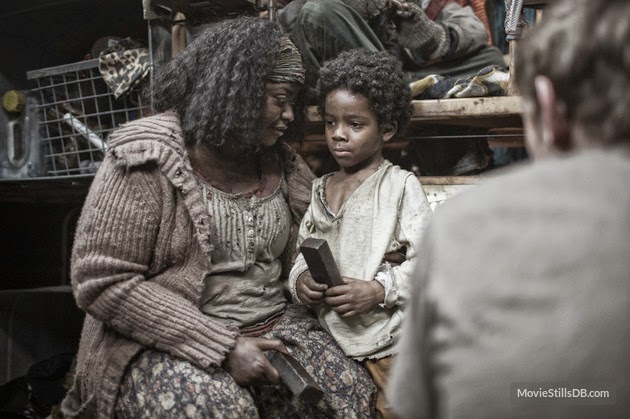 Chan, the kid who steals the matches and lights the flame, was the little thief of the Tail Section. We looked at pictures of child soldiers in Africa who attach small charms and amulets to their clothing to warn off evil spirits. Chan had all kind of stolen trinkets attached to his jacket.

While designing Gilliam and his team of martyrs, I was inspired by an image of an Indian street beggar. The martyrs had missing limbs, and the sarong idea was more practical and combined Eastern and Western elements. 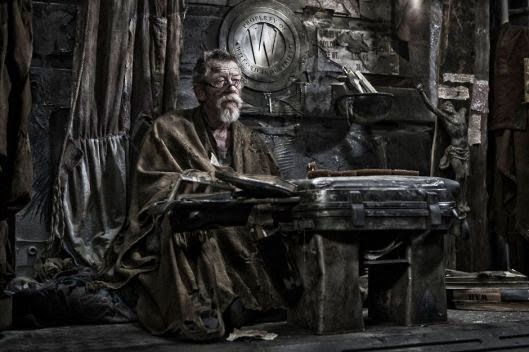 In the prison section, Nam and Yona wear the darker-coloured intense black that we don’t see until we get there. Nam’s costume was inspired by train engineers from the early industrial period. We had discussed at length the global aspect to the mix of people on  the train, and this was elemental in the making of the film. The cast was international as well as the crew, and we did a lot of research into bringing details from different cultures into the wardrobe. 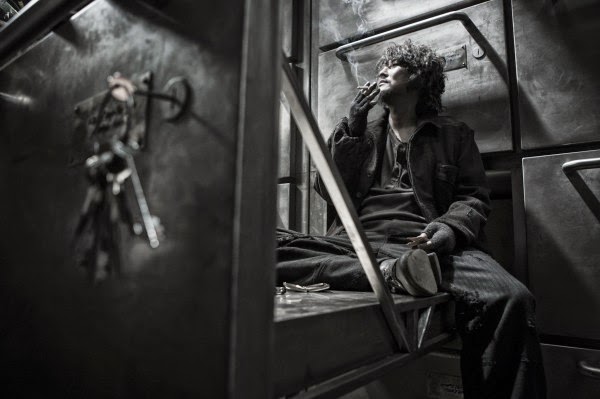 HT: Did you take inspiration from other dystopian and post-apocalyptic movies? Or alternatively, were there any particular aspects of the genre you were trying to avoid?

CG: I loved Tarkovsky’s Stalker, how the colour changes and becomes more intense in the two different worlds. But mostly we talked about how we wanted Snowpiercer to start off at a point of realism and not go in a futuristic sci-fi direction. I love Children of Men and how realism is strong in that movie.

I had designed different headgear for the axe soldiers. They were more like medieval-inspired helmets, but we decided to keep them simpler and in keeping with the theme of creating something from pre-existing materials or that could be improvised, so now the old ones look quite surreal. 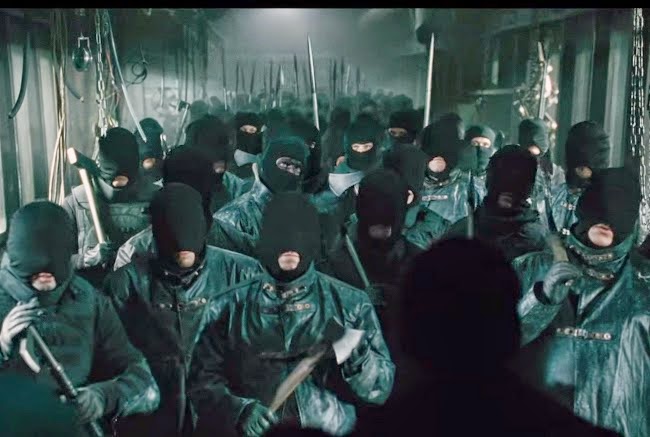 HT: When you were creating the look for each of the main characters, how much input did the actors have? I read an interview with Tilda Swinton where she mentioned you visiting her house to discuss what her character would look like, so I'd be really interested to hear more about that.

Also, I was wondering if she was intentionally designed to look slightly like Ayn Rand, which is a comparison I've heard from a few people already. 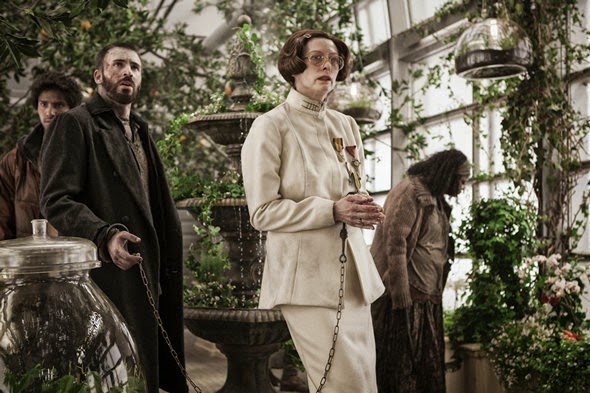 CG: I contacted all the actors and shared the research and design ideas for their character early on. When we fit John Hurt in London we tried out an outfit and he shared a great story about aging his own costume for ‘Midnight Express’. Some of the other actors schedules didn’t allow for early fittings so we had to share images via email and we Skyped a lot.

In Tilda’s case, Mason’s look was so drastically different that we needed to have clothes and prosthetics made in advance in order to camera test. So we travelled to Scotland with a couple of suitcases of clothes, wigs, glasses and teeth and really had fun with the wardrobe, all while Tilda’s fish pie was baking, and we also got to enjoy the Scottish countryside. 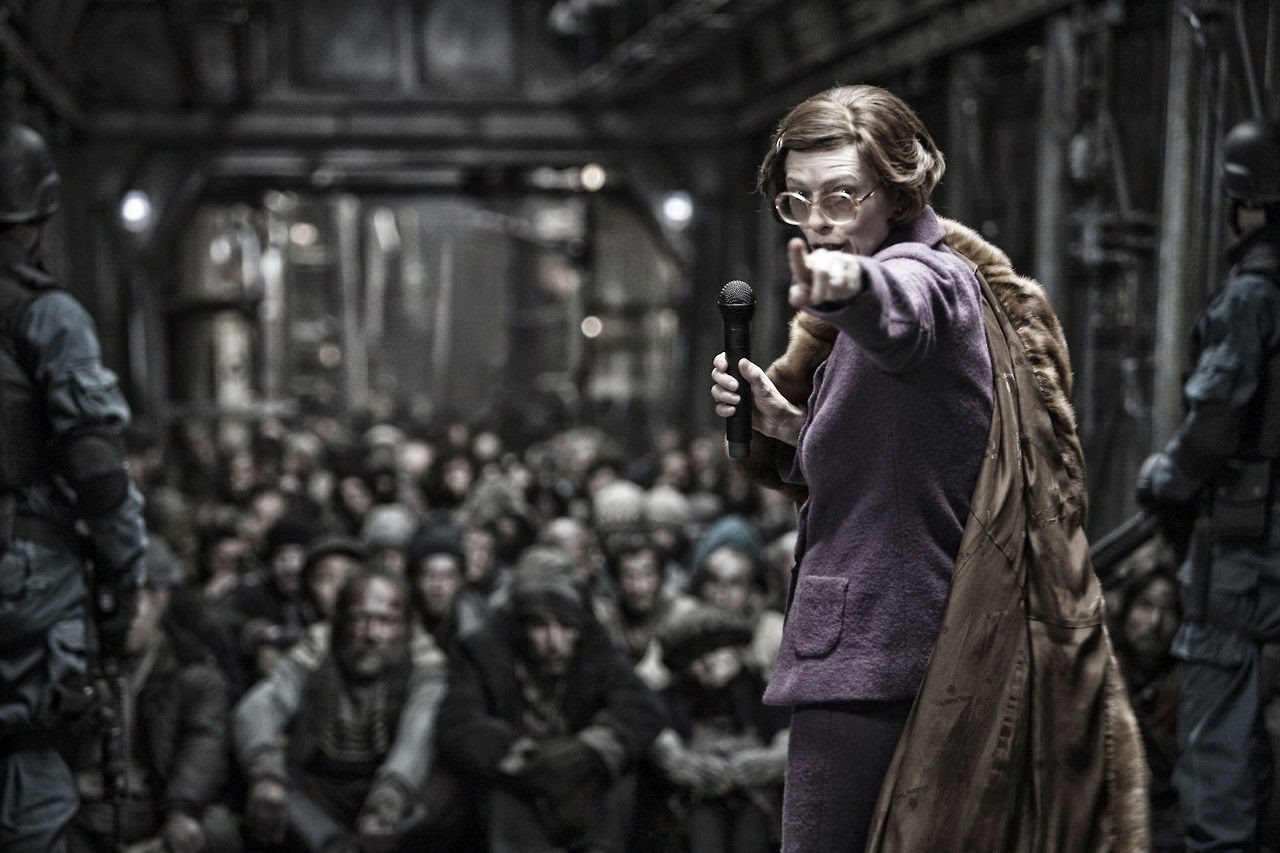 I had collected pictures of dictators wearing elaborate uniforms and crazy hand-made medals. I hadn't looked at Ayn Rand specifically but I had collected some images of old ladies from that period who would wear their fur and look down their noses at people who were less better off, a bit like Thatcher. But now people are mentioning it, there are similarities to Ayn Rand .

HT: Could you tell me a little about the process for designing the lead character, Curtis? I remember reading that Chris Evans had to wear sleeveless shirts under his coat in an attempt to make him look less muscular and healthy. That made me wonder how much of an active effort there was to visually distance Chris Evans the actor (who is now so recognizable as Captain America) from Curtis the character.

CG: We talked and worked on Curtis' outfit for a while before Chris came to Prague. We wanted to make Curtis look very recognizable but at the same time anonymous, the common man who can't take the status quo any longer -- and yes, quite different from Captain America. 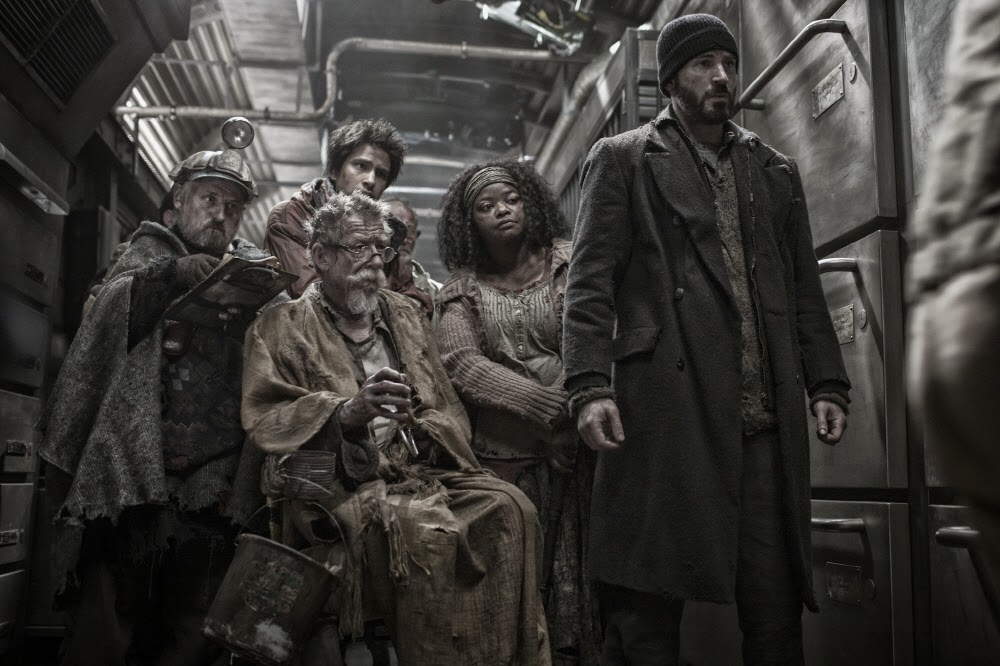 We did have to fight against his physique and had to cut away the under-layers, his t-shirt, shirt and sweater. We had so many multiples made without sleeves for different scenes.

Chris was available pretty early on to us. He wholeheartedly embraced his role and was in Prague rehearsing the stunt scenes, most of which he did himself. So luckily we were able to have more than one fitting and have more of his input, which was really helpful.

HT: Each of the individual compartments is almost like a little world unto itself, with its very own colour palette. Was there an unusual amount of collaboration with production and set designers for this film, or is it just simply more noticeable thanks to this kind of strong visual cue? 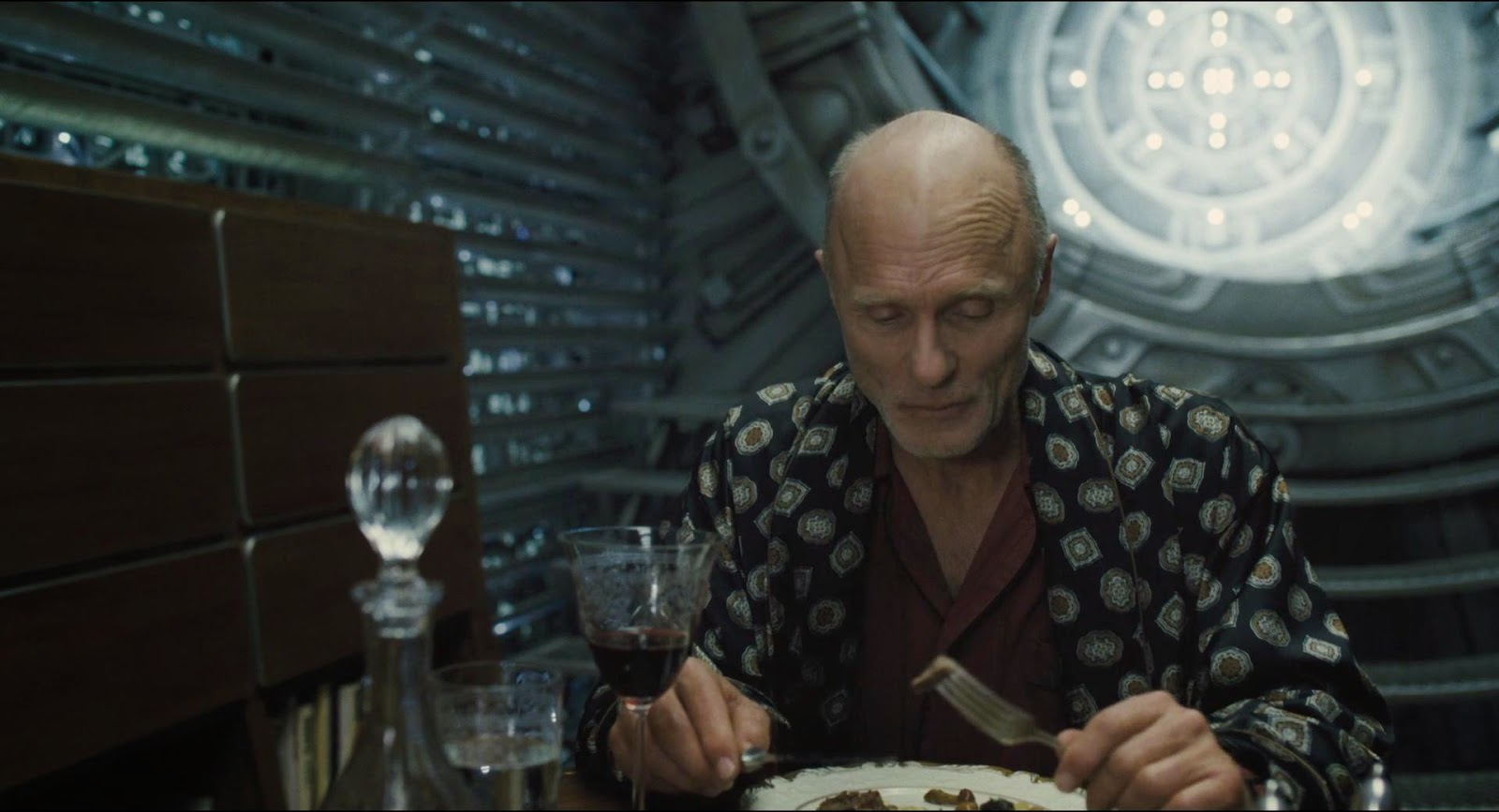 CG: I worked closely with Ondrej Nekvasil, our incredible production designer who himself was somewhat of a Wilford having built this amazing full-size train that was on a gimbal and moved and swayed. He had very beautiful detailed sketches and we talked a lot about the overall colour and tone of each car. 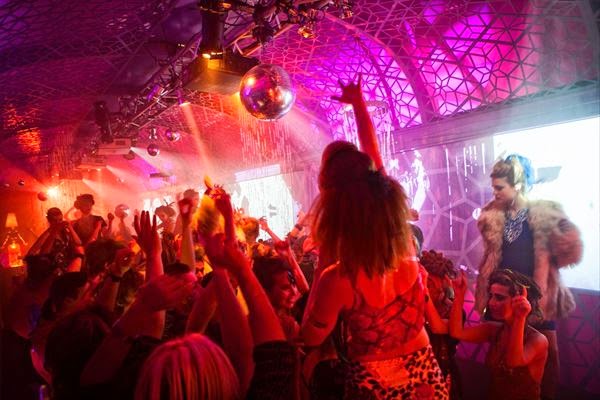 HT: Are there any little custuming details that you feel particularly proud of, that you'd want people to look out for on their second viewing?

CG: After all the dirt and destroying of clothes for the Tail Section, it was really fun working on the different  themes in the front cars. I was especially happy designing the costumes for the lounge-car, the set was opulent like something  from the Orient Express and I was inspired by one of my favorite periods in costume, the late Belle Epoque period. I was able to use very saturated colours and luxe fabrics, although unfortunately it is a very quick scene.

The other little fun moment that you already spotted is Tilda’s cameo in the club scene.

[A clip showing Tilda Swinton's hidden cameo in the club car scene can be watched here on YouTube. It includes some very fabulous eye makeup and an enormous wig.]

Previously: My thoughts on Snowpiercer.