Captain America: The Winter Soldier, Part 1 -- Trust No One.

Previously: The costumes and characters of The Avengers -- Captain America.


I've been enjoying the number of reviewers who smugly namechecked Edward Snowden while writing about this movie, but they do have a point. Captain America: The Winter Soldier is about as "realistic" as you're going to get in the superhero genre, in a way that I found far more satisfying than the stereotypical ~gritty reboot~ atmosphere of the Dark Knight trilogy.

Whether or not you're a fan of Nolan's Batman movies, I think it's fair to say they were masterminded by someone who doesn't have much affection for the superhero genre -- which is funny when you consider the overt silliness of The Dark Knight Rises. CATWS provided an excellent balance between a relatively realistic concept (SHIELD's PRISM-inspired surveillance helicarriers), and the inherently optimistic nature of Captain America as a character.

Steve Rogers may do a lot of punching in this movie (perhaps too much punching, dare I even say it), but his true superpower is his status as a role model and leader. In the end, it's Steve who decides that SHIELD is beyond salvation, Steve who inspires Falcon to join the fight, and Steve who persuades SHIELD agents to ignore direct orders because it's the right thing to do.

He's the guy with the guts to go first when confronting everyone from schoolyard bullies to his own superior officers, and you can really understand why people rally behind him as a figurehead. He doesn't have the firepower of Thor or Iron Man or the political sway of Nick Fury, but he's the one trustworthy rock in the shifting moral sands of SHIELD and HYDRA. 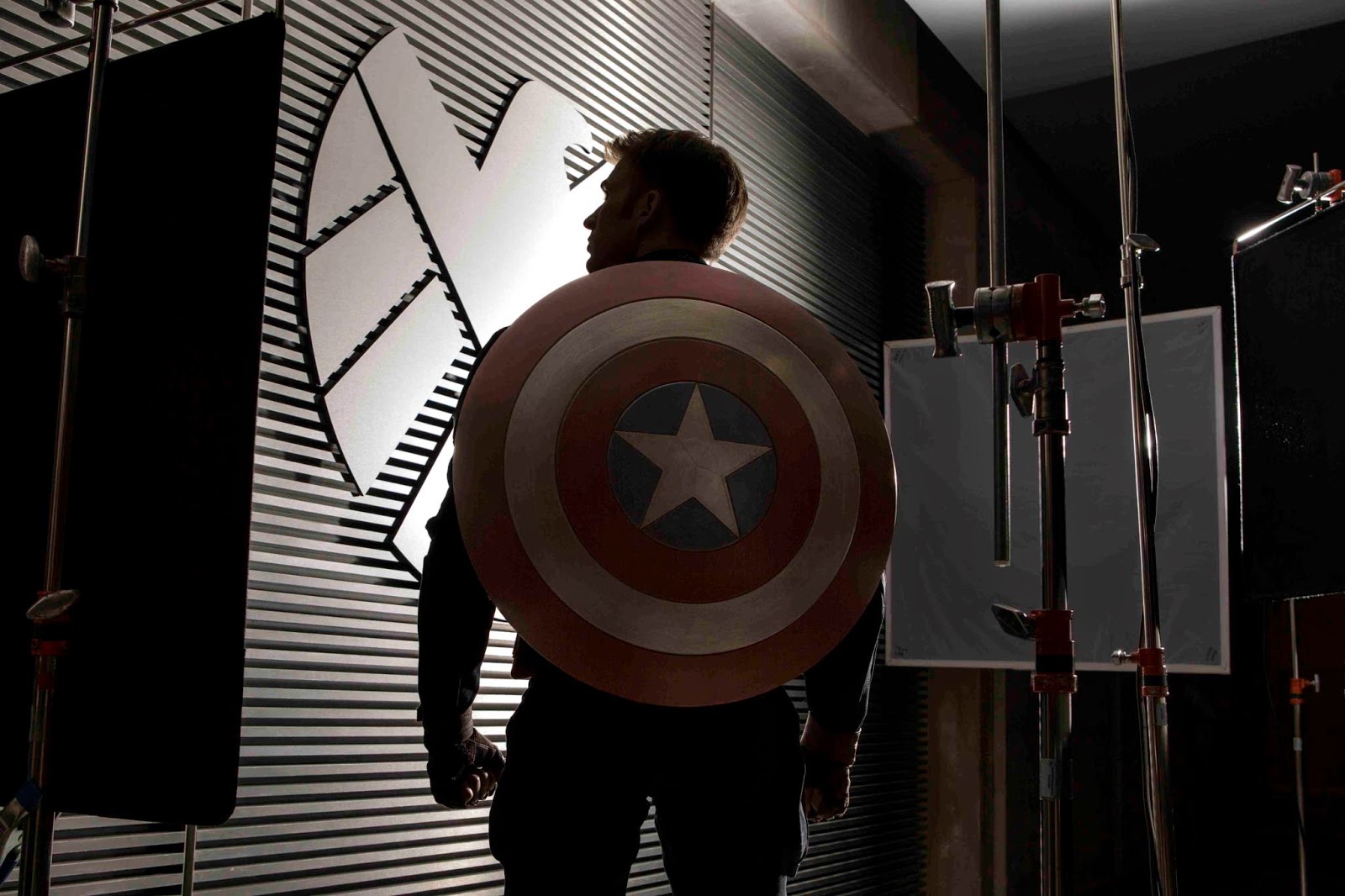 It's a little depressing to compare Steve Rogers to the bastardized version of Superman we saw in Man of Steel: a guy who needlessly fought a battle in the middle of Metropolis when he could've just flown it out into a field somewhere (hello, civilian casualties), and who then snapped the neck of his enemy. Meanwhile Captain America -- not just a soldier but also one of the few superheroes who wields an everyday gun -- primarily fights with a shield, and ends his final battle scene by lying down and surrendering because he'd rather die than kill a friend. I just wish there had been another scene like when he coordinates the civilian evacuation in Avengers, but that would've been logistically impossible because all of the public battles were desperate chase scenes across DC motorways.

The superhero genre has spent a long time trying (and usually failing) to bring compelling antagonists to the big screen. Either you get an excellent actor to play someone so utterly batshit that their motivation doesn't matter (The Joker), or you use a shades-of-grey villain with a comprehensible motive (Loki or Magneto). Then there's the additional problem of the end-of-movie showdown, which is usually only interesting on the first viewing, and in some cases not even then.

The Avengers has the best battle scene I've seen so far, because it pays attention to each of the characters' individual strengths rather than just being a rockem-sockem war of attrition. Captain America: The First Avenger was sadly one of the worst examples in this regard because Red Skull was a terrible villain, and the movie would've been vastly improved by just adding 20 minutes more of the Howling Commandos instead.

CATWS seems to have learned from its prequel's flaws, and thus the structure of the final showdown follows a similar model to the Avengers, with the added bonus of having no specific Bad Guy for Steve to punch into submission. Instead, Steve and his allies have to deal with the far more amorphous problem of HYDRA, which now has less to do with battling an ostentatious Nazi cult, and more to do with the moral ambiguity the government establishment. You can tell by process of elimination that Alexander Pierce is the bad guy, but he's not all that different from Nick Fury -- which is kind of the point of the movie. 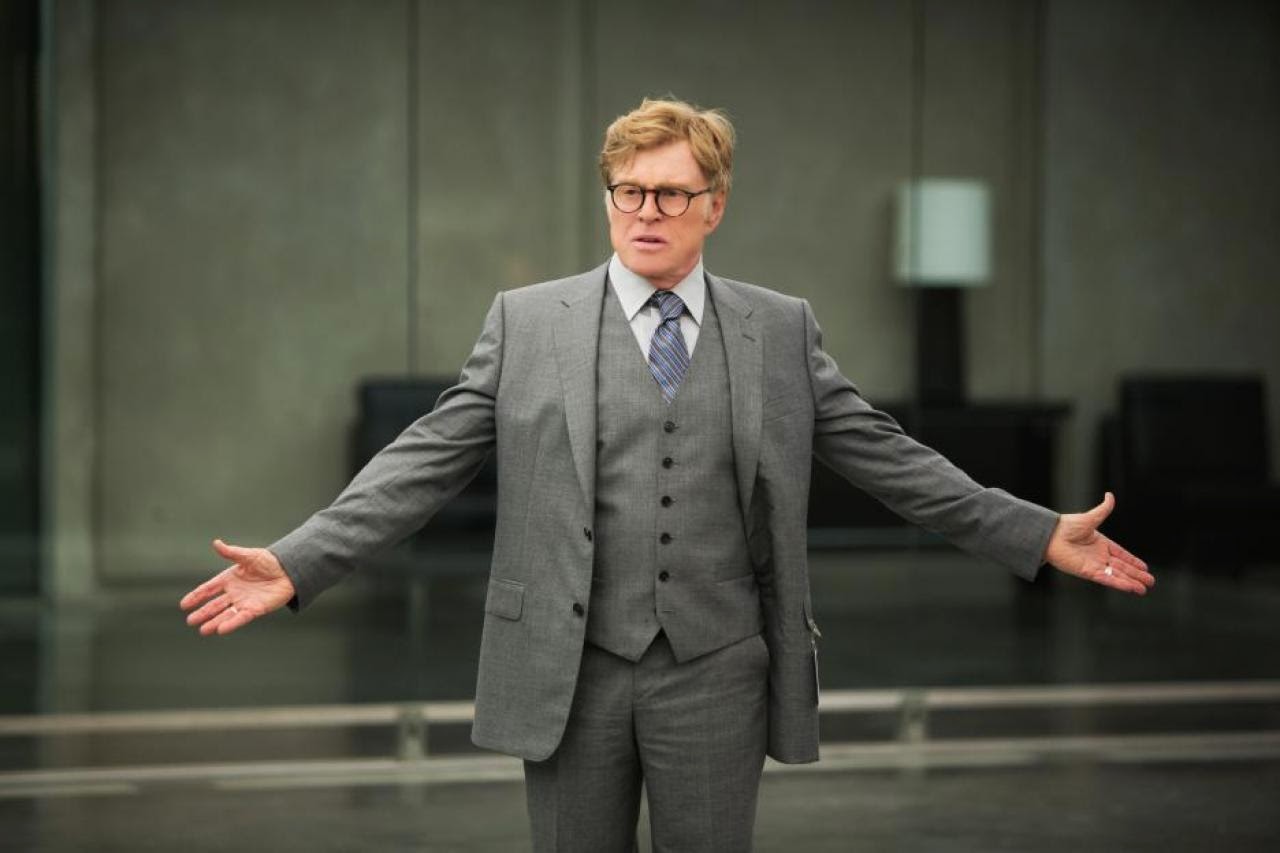 One of the central tropes of the superhero genre is the "two sides of the same coin" nature of a successful superhero/villain pairing. Superman mostly fights aliens (with the exception of Lex Luthor, who is the opposing figure for Clark Kent rather than Kal-El), Spider-Man deals with animal-themed scientists, Iron Man goes up against a lot of engineers and people with robot armour, and so on. Obviously there are exceptions, but as a rule, the most popular superhero/villain pairings are between characters who mirror each other in some way. 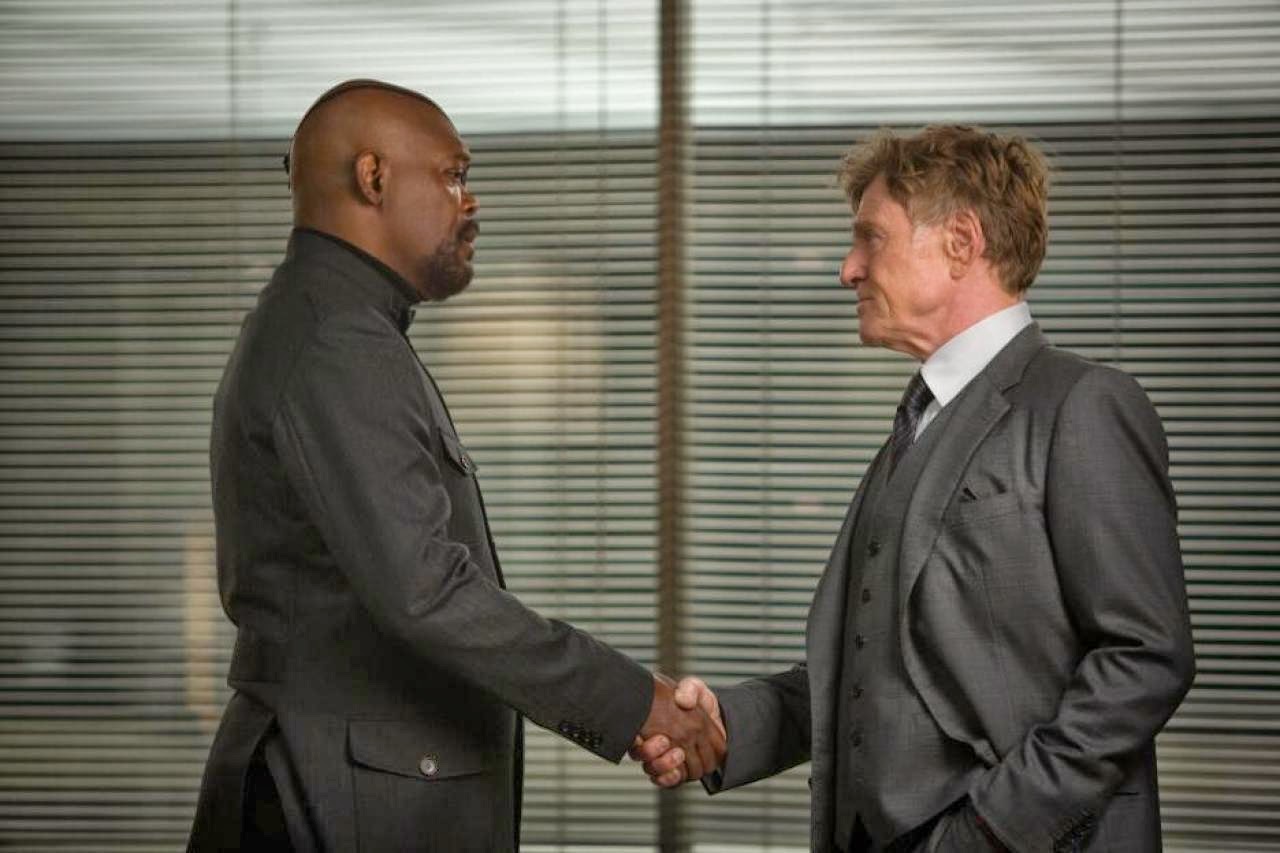 In CATWS, there's no central figure to take the position of the Red Skull. The waters are far murkier this time round. Bucky is Cap's direct opponent, but we don't really want Cap to "defeat" him. Professional kickpuncher Brock Rumlow (you know, the punch-kicky man) is evil cannon fodder. Zola is an expository prop. Alexander Pierce is the closest we get to a supervillain, but his power is more about what he represents than what he actually does. I'd actually say Cap's main "enemy" in this movie is the loneliness of his life in the 21st century.

The film never explores this explicitly, but CATWS is a story about a man with a death wish. Steve Rogers may not actively attempt to kill himself, but he tells Sam Wilson that he doesn't know how to be happy, and the opening action sequence involves Cap throwing his shield and helmet aside to have a pointlessly macho showdown with Batroc. His overall mood throughout the film is that of a lonely, unhappy person who no longer has a strong reason to keep going. He's sticking with SHIELD because he thinks they're  the only viable option, not because he actually believes in what they're doing.

The most depressing thing is that the film's "happy ending" is Steve finding out that his best friend is alive, but this is tempered by the fact that Bucky has spent the past seventy years going through unimaginable trauma. And I'm still not entirely sure if Steve had any intention of surviving the helicarrier being blown up, since he didn't make much effort to do anything except save Bucky. All this, from the supposedly cheerful and un-gritty Marvel Studios.

Steve Rogers is a fundamentally friendly guy who operates best when surrounded by a unit of soldiers he can trust, and CATWS dropped him into the polar opposite of that scenario. The tone is somewhere between a Cold War spy thriller ("Trust no one.") and a Bourne movie with Cap as the fugitive -- and the lack of a specific enemy means Cap is out of his comfort zone in more ways than one. He's forced to fumble his way through the unpleasant internal politics of SHIELD, where he is treated as a pawn by both Fury and Pierce, and has no one to turn to except Natasha and some guy he met while jogging at the park.

Honestly, I think this movie would've benefited from milking the "all my friends are dead" angle some more, or at least including one more emotional scene where Steve mourns or talks about Bucky. Hopefully we'll get some of that in the sequel. As it is, I was very satisfied by the way Marvel struck a balance by inserting their most wholesome superhero and into what may be their most unpleasant story concept so far.

CATWS was politically and culturally relevant without really supporting any ideology other than "freedom," and was about a thousand times more coherent than the incomprehensible mess of references in The Dark Knight Rises. Even taking into account the handful of ridiculous moments like Zola's bunker scene, I think this should be the new gold standard for realism in superhero movies.