Dressing for the Apocalypse: How to build a believable dystopia.

This is actually the sequel to a post I made in 2011, way back when this blog was still a baby. My love for dystopian/post-apocalyptic movies never grows old. And so today we're gonna look at some dystopian sci-fi movies that somehow have even less believable premises than "dragons erupt from the London Underground". (Seriously: Reign of Fire. Watch it. Dragons.) 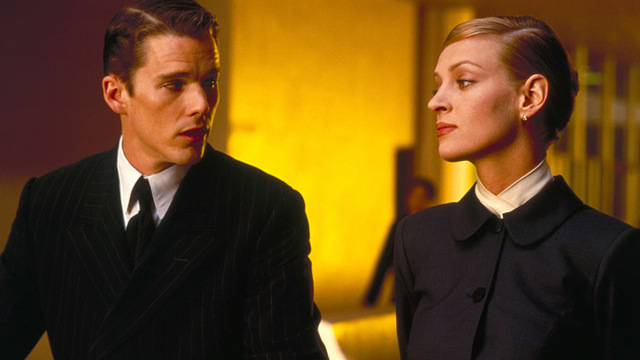 I'm talking about the Uncanny Valley of filmmaking. This term usually refers to robots, in that the closer a robot gets to looking "human", the more unsettling it becomes. Roombas are cute because we can anthropomorphise them into being sweet little cartoon pets, while mannequin-like humandroids are totally creepy because they're not quite human enough. And the same thing goes for sci-fi worldbuilding, kind of. Unless your worldbuilding is 100% on point, going into too much detail is a recipe for disaster. It just gives audiences more time the audience has to think about how much you're failing to explain.

Take Star Wars. There's a reason why so many first-generation fans were pissed about the whole "midichlorians" thing: the prequels were attempting to rationalise something that, from a narrative standpoint, really didn't need rationalising. The explanations provided by The Phantom Menace and, to a much greater degree, Prometheus (WHY TRY TO EXPLAIN ALIEN?), are about as useful as making a Back To The Future prequel that tries to make scientific sense of the Delorean. Meanwhile, Children of Men and 28 Days Later (both ~serious~ dystopian sci-fi movies) both start in media res with minimal explanations for their technically impossible scenarios, but are nonetheless totally believable. 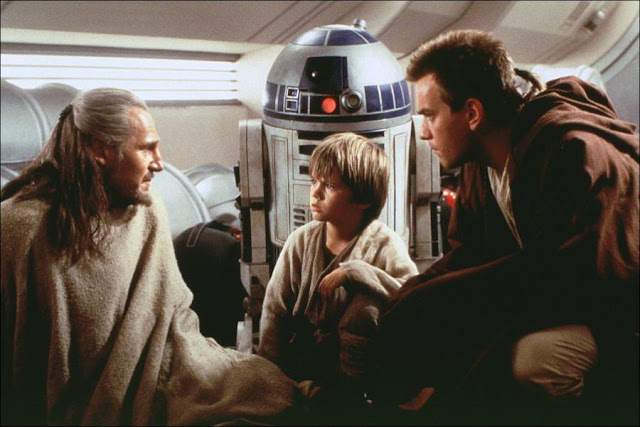 Many dystopian movies fall solidly into the Uncanny Valley because someone thought up a vaguely ~plausible idea for a futuristic dystopia, but then failed to think any further. Case in point: Gattaca. Set in a society where everyone's lives are governed by their genetic destiny, Gattaca is working from a sci-fi idea that has the potential to make some kind of sense. The basic premise is that the competent yet genetically unmodified Ethan Hawke can't get a decent job unless he slathers himself in Jude Law's pureblood DNA to avoid detection: so far, so good. (And slightly homoerotic, mostly because that's Jude Law's forte.) Unfortunately, the first half hour of the movie is one long, unnecessary expositiory flashback, giving you ample time to ponder things like why the hell an entire society of rich, successful superhumans would all decide to get the same haircut. While a short story can get away with creating a fictional society based on a thought experiment, you can't really do that in a feature film. 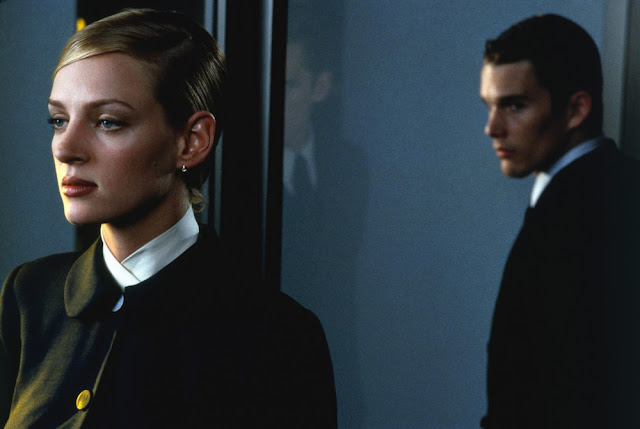 The costumes in Gattaca are great fashion, but they're not great worldbuilding. In the interests of propping up the whole genetic predestination bit, everyone dresses in identical, monochromatic Calvin Klein-esque businesswear. An easy visual cue to let audiences to know that conformity is key, but not something that seems terribly plausible in an apparently capitalist society with a thriving class system. Ditto for Equilibrium, although the costumes in that movie are a lot more stylised and a lot less interesting. Gattaca was designed by Colleen Atwood, who has like 57 Oscars and is basically The Best, whereas the costumes in Equilibrium look more like early-2000s teen boy fantasies of what Cool Guys dress like: ie, long black coats and lots of hair gel. Thanks, The Matrix. (N.B. I find it doubly entertaining that in Equilibrium, the supposed martial arts badasses are dressed in the most restrictive clothing ever, to the extent that they may not have been able to move their legs properly. How on earth did Christian Bale manage?) 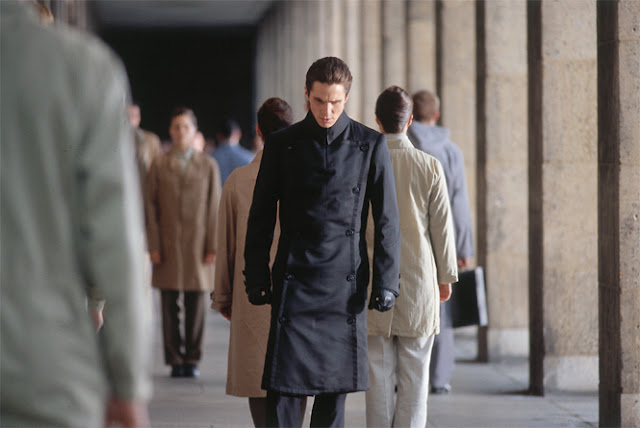 The visuals of movies like Equilibrium and Gattaca (and Aeon Flux, and Ultraviolet...) are, to me, the costuming equivalent of all those thousands of hard sci-fi novels that concentrate on the science fiction but forget to give the characters human personalities. Even in a world where everyone is genetically engineered to perfection (Gattaca) or everyone is drugged with emotional inhibitors (Equilibrium), it's never really articulated why people look so similar. And if they were pressured to wear identical outfits every day, they wouldn't be dressed to the same degree of neatness, a trait that varies enormously from person to person. Not that this really makes much difference to the overall quality of the film: it's just something that bugs me, personally. The most frustrating case is probably The Hunger Games, where the supposedly outlandish clothes worn by the super-rich Capitol citizens are ultimately quite formulaic. 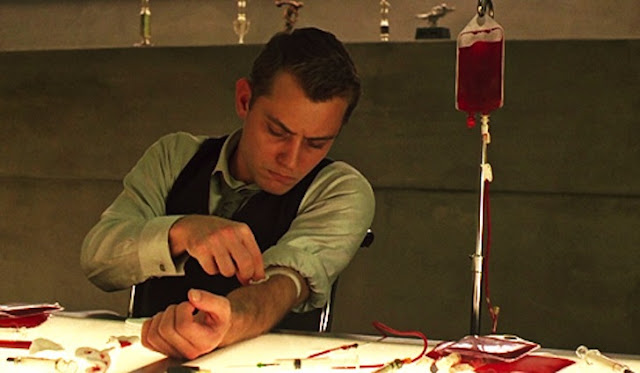 Like all great sci-fi, Gattaca causes us to ask questions. Questions like, Why does this have an 82% rating on Rotten Tomatoes, when every single line of dialogue is such a stinker? Why is noted non-actor Gore Vidal here, acting in a lead role? Why does everyone in this kind of sci-fi future movie always seem to live inside a giant stainless steel refrigerator? It's definitely one of those 1950s thought experiment short story movies, which does shine through in some of the weirdly mid-20th-century retrofuturism visuals. (ie, Jude Law wears a lot of waistcoats, presumably because it's written into all his movie contracts.) The writer/director went on to win an Oscar for The Truman Show so I assume he got better, but Gattaca's problems can probably be summed up in this picture of Jude Law looking forlorn in his wheelchair, loitering at the bottom of a DNA helix-shaped staircase, I see what you did there:

I'm not saying it's impossible to write a dystopia where everyone wears near-identical outfits. All you have to do is create a scenario that explicitly shows us why people are motivated to look so similar, either because they'd be socially ostracised for looking too different (which I think is what Gattaca was going for), or because they only have access to a limited type of clothing. The former is so similar to the real world that all you'd have to do is show what happens to people who don't fit in, while the latter means you can show all the ways people try to express themselves while constrained by a dress code. Just look at Alien, where everyone modifies their standard-issue uniform to the extent that they all look completely different.
Urban cyberpunk dystopias are always gonna be my favourite for costume design, because they acknowledge the diversity of street fashion -- albeit usually as a slightly dated nod to Japanese micro-trends. Once cheap, mass-produced clothes are available then people are going to start experimenting with fashion, particularly when we're talking about the kind of clearly Westernised (usually USA-based) societies we see in most dystopia movies. So for me, a quick shortcut to working out whether an onscreen dystopia is plausible is: Does it look plausible? Because unless you're lining everyone up at gunpoint every morning to make sure their government-issue jumpsuit is buttoned correctly, everyone is not going to look the same.

Postscript: I just rewatched the trailer to Equilibrium, and immediately thought, "This movie looks awesome." Am now fruitlessly trying to remind myself that it isn't. If you find yourself falling under its spell, just watch the scene where Christian Bale rescues a puppy: that's probably the best bit.

Previously: Dressing for the Apocalypse, Part 1.