Ralph Lauren
I have mixed feelings on the topic of Ralph Lauren, mostly because I used to work for them and therefore lived through several months of semi-successful corporate brainwashing. Without the brainwashing, my feelings would be decidedly un-mixed, because their designs are largely dull as balls. As it stands, I know way more about Ralph Lauren than any other designer, which forces me to think critically about the brand as a whole. Ugh.
Ralph Lauren's high-end work (ie, the stuff you see at Fashion Week) is occasionally interesting, but their lower-price labels are generally an exercise in non-fashion. The purpose of Ralph Lauren clothes is to maintain a supposedly timeless preppy/equestrian/American royalty look, which primarily means a lot of v-neck sweaters, beige, faux prep schoolwear, and touches of feminised "menswear-inspired" shirts and blazers. The ideal Ralph Lauren woman is rich and vaguely sporty, but not really interested in "fashion" so much as interested in looking... rich and vaguely sporty. While other major labels like Dior and Chanel do rely on a certain amount of recycling in order to retain a recognisable brand style, Ralph Lauren is basically in a constant state of self-consumption. 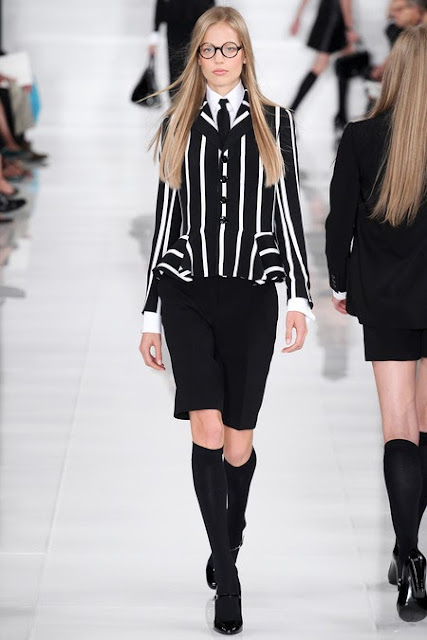 This adherence to the brand's history is a double-edged sword. From a critical perspective, I want Ralph Lauren to shake things up and produce a more thoughtful and innovative variety of clothes, even if it's only in their top-of-the-range collections. Their Fall 2012 collection was a particular success, because it combined an interesting yet topical inspiration (1920s, Downton Abbey-style tweed suits) with the general in-house style of ladylike American preppiness. This season failed because the inspiration (1960s mod; largely in stark black and white with a handful of shriekily colour-blocked dresses and coats) didn't fit with the overall palette and mood of previous Ralph Lauren collections, and isn't really on-trend with the current fashion world as a whole. A few of the outfits appealed to me personally because I enjoy well-tailored trouser suits, but overall this show was not a success. 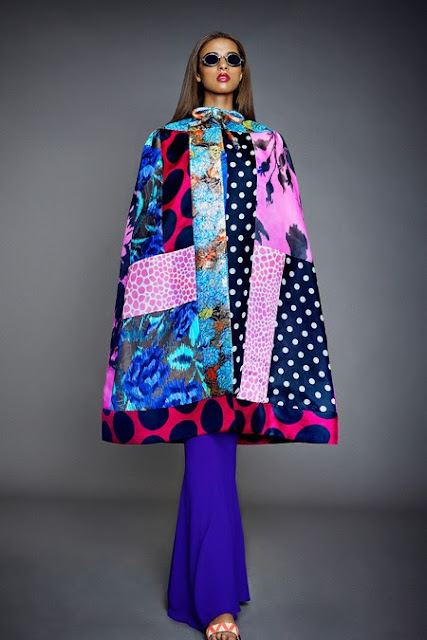 Duro Olowu hasn't changed much in the handful of years he's been on the mainstream fashion circuit, but that doesn't mean his designs don't stand out. Probably because most bigger labels don't tend to go for things like "1970s-inspired Nigerian print capes". TBH I don't have much to say here other than that these BRIGHT, BRIGHT COLOURS are delicious food to my poor, autumnal eyeballs. I live in Scotland. Everything is grey here. It's pretty tragic. Cape on capin' on, Duro Olowu. 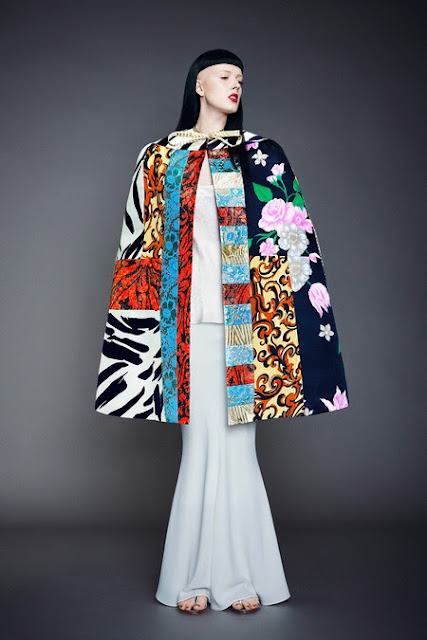 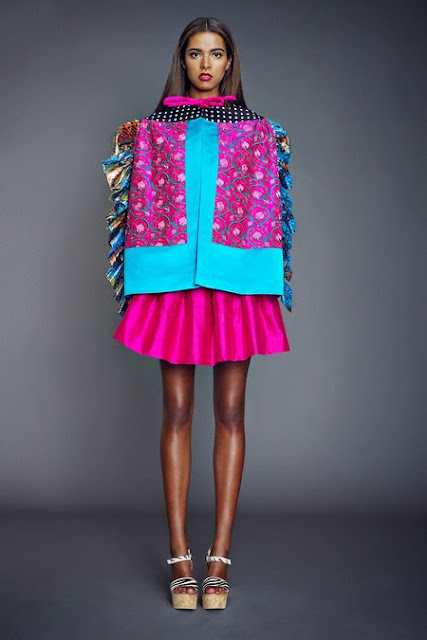 Theyskens' Theory
This show was my first genuine personal style inspiration of the season. Plenty of designers make beautiful yet unattainable clothes, but this collection was the opposite: completely everyday clothes styled in an interesting way that you could easily recreate at home. I'm never gonna suggest spending $$$ on a plain grey Theyskens' Theory sweater, but I really enjoyed the layered styling -- if not the odd decision to make all the models look like they'd just dipped their hair in a vat of oil. 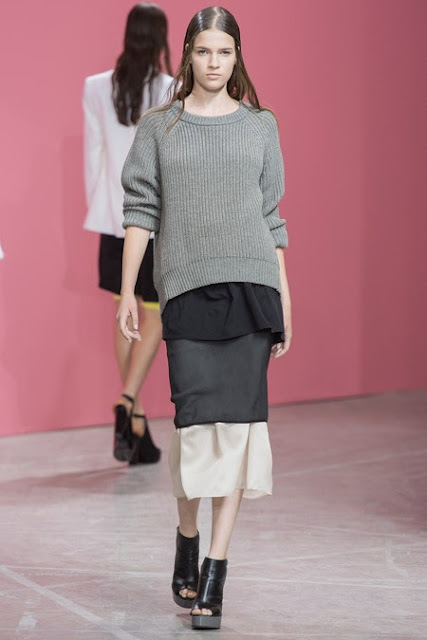 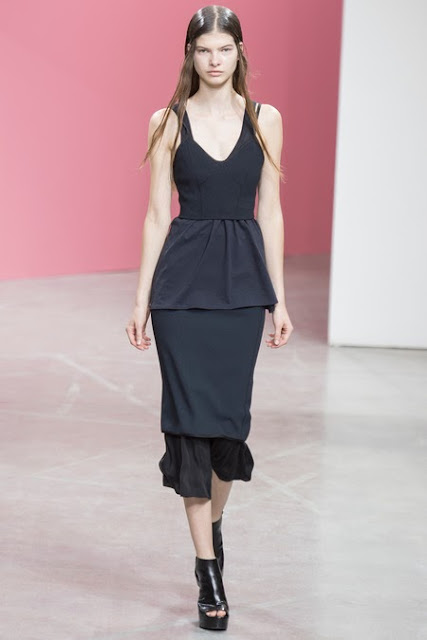 Tom Ford
I'm always into any outfit that makes you look like an alien lizard-bug warrior queen, so naturally this show was A++ from my perspective. The crushed glass mosaics looked so sharp that they might easily have been made from actual crushed glass, while the neat silhouettes and simple hair/makeup balanced out the busy appearance of the fabrics. Also, I love the way Ford managed to make a bunch of tough-looking leather outfits that didn't reference aviator jackets or (shudder) "biker chic". When is someone gonna hire this guy to costume a sci-fi movie? 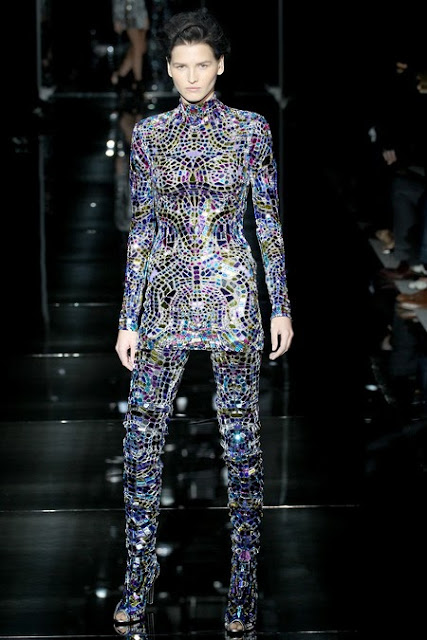 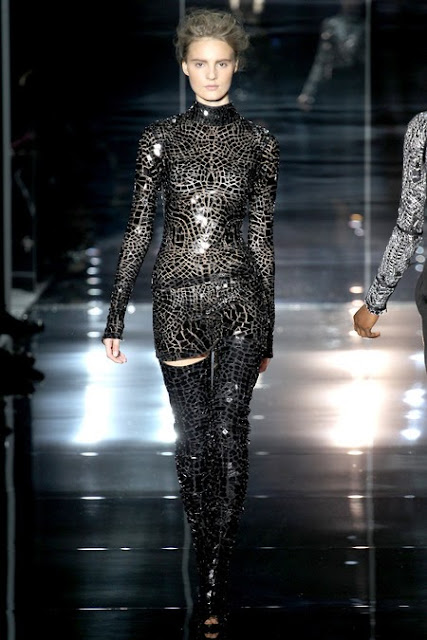 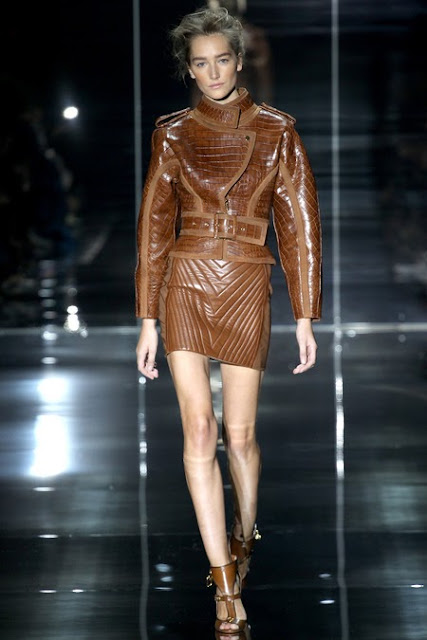