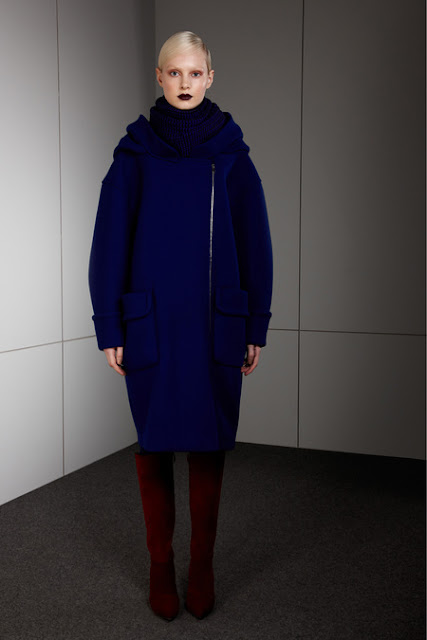 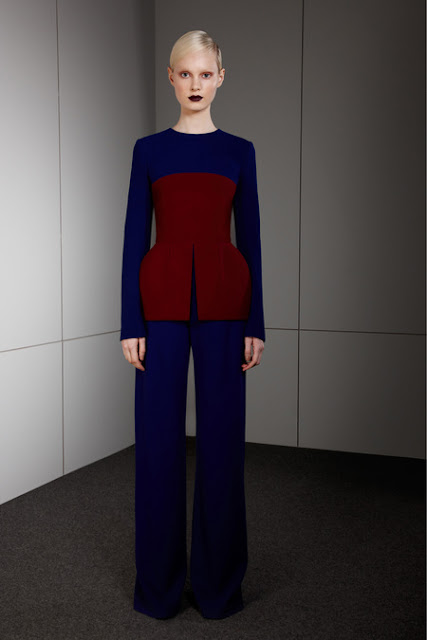 Since Ports 1961 went for a lookbook rather than an actual runway show, I can only imagine they picked the sole model because her skin-tone matched this next outfit so precisely. The pale pink leather made it look as if either the dress was turning slowly invisible, or its material was slowly melting into her -- spooky and kind of gross, for what would otherwise have been a rather blandly pretty ensemble. I approve. 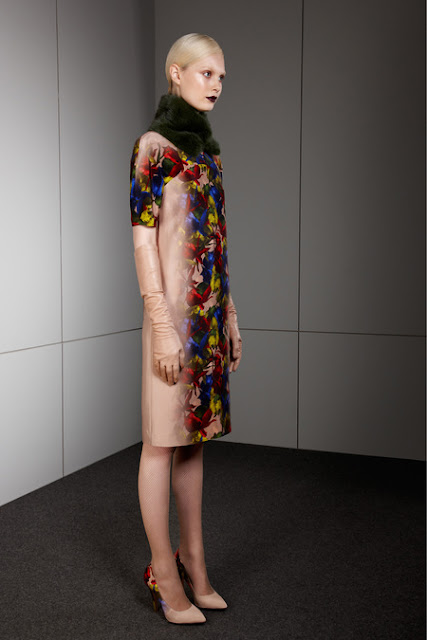 I had to pick this next outfit as well because it's so utterly David Lynch Serial Killer Girl. 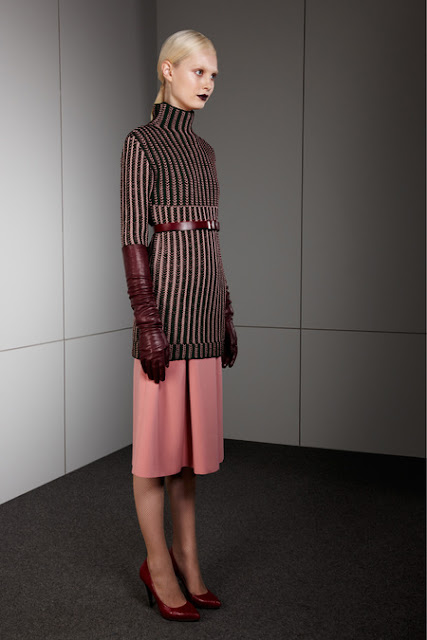 Pringle of Scotland
Still undecided over which of these I'll be wearing to the Star Trek premiere. 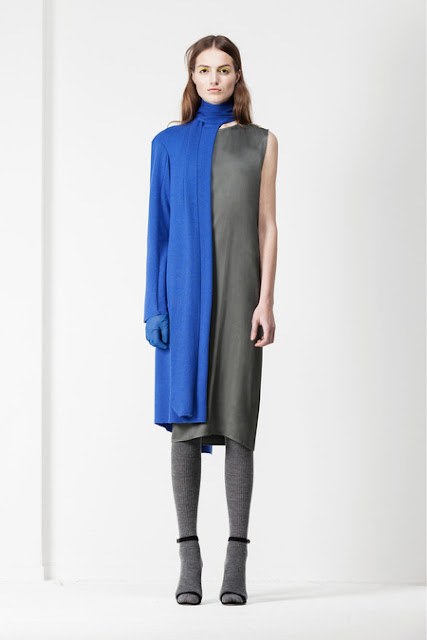 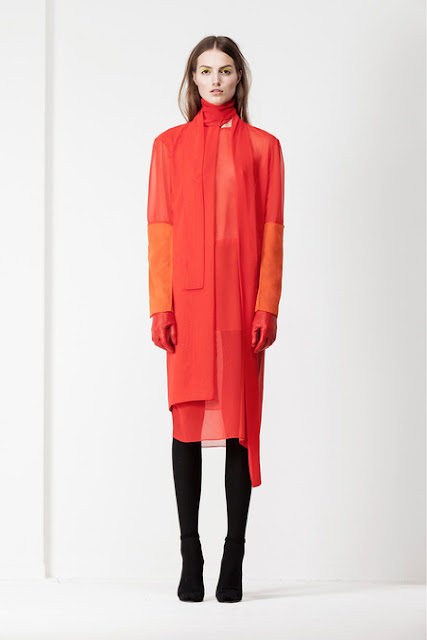 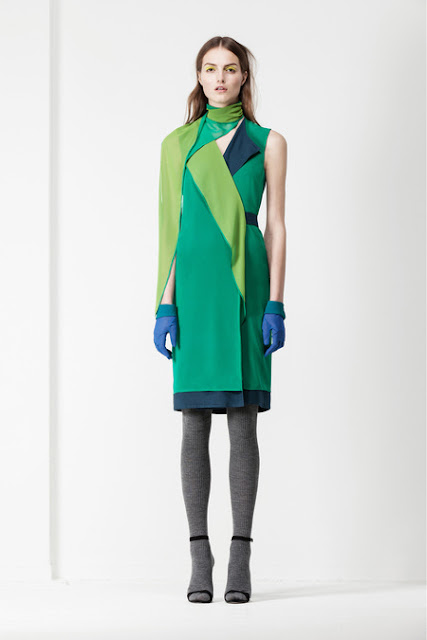 Proenza Schouler
Metallic jewel-tones are already out in full force among the Pre-Fall collections -- handled better by Proenza Schouler than by many others. Proenza is one of those whose Pre-Fall and Resort collections are pretty much on the same level as their "big" seasons, since they never really go to couture-show extremes. On balance I think I prefer the martial arts-inspired collection from last year, or even last season's intense detail-work, but I still have a soft spot for their futuristic asymmetrical suits and chilly, metallic fabric choices. 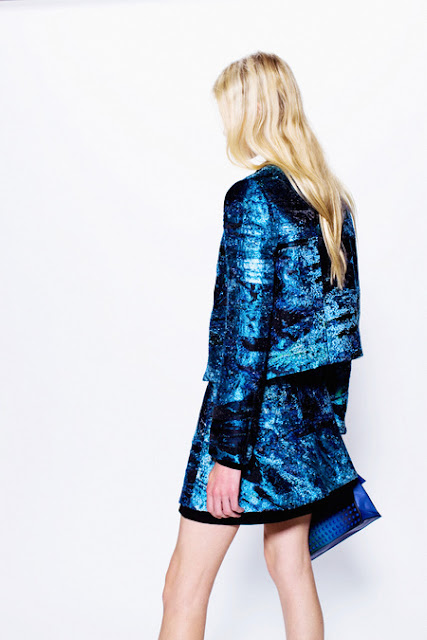 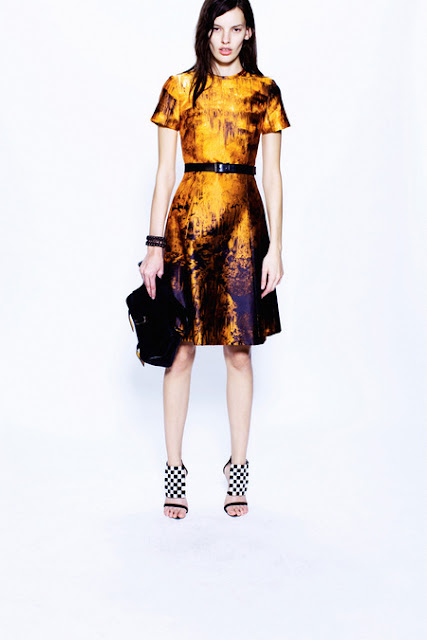 Tory Burch
I super love this for a combination of totally valid fashion criticism reasons. 1) It's really fucking cold where I live, and all of these clothes looked deliciously warm yet chic, and 2) I had great fun imagining this model as a badass spy/adventurer/assassin type. 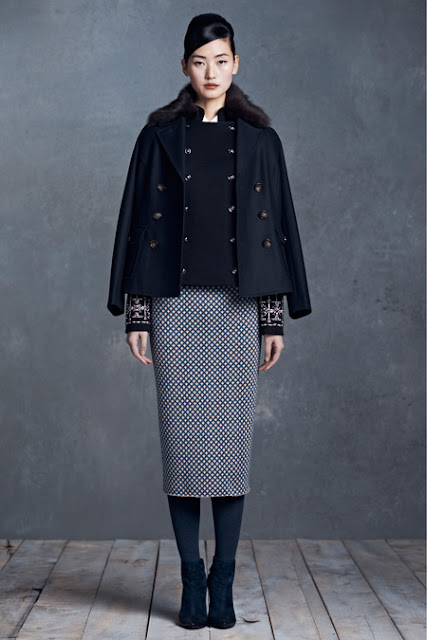 This collection seemed solidly Winter-oriented despite the Pre-Fall title, mostly due to the emphasis on thick opaque tights and woollen skirts. I particularly enjoyed the incongruous woollen peasant skirts, which livened up the more traditional range of pencil skirt/suit/coat combination outfits. 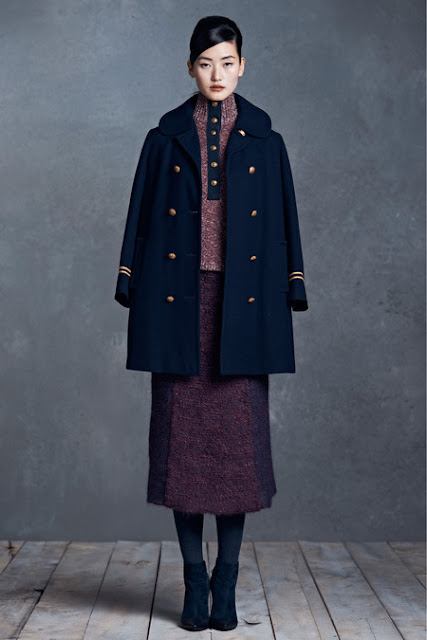 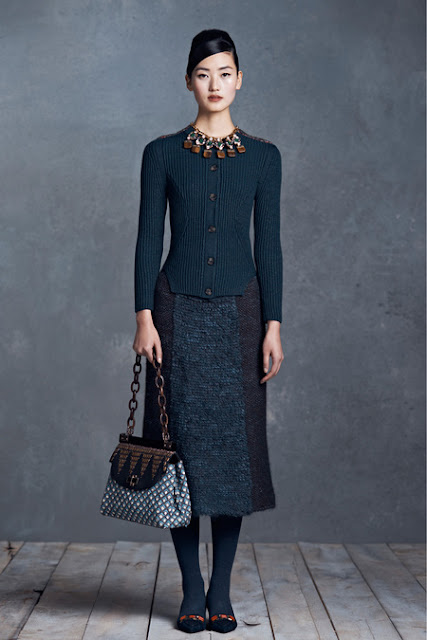 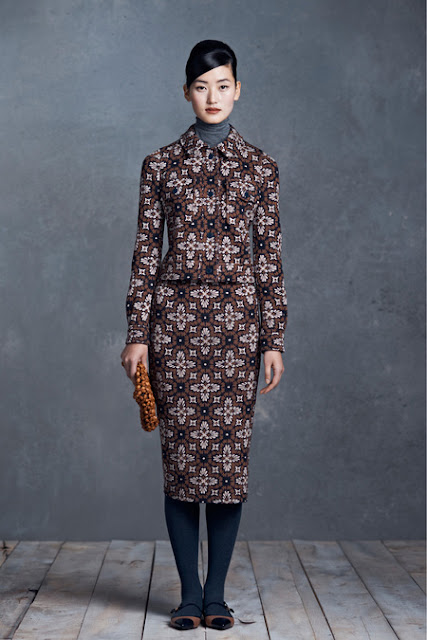 Vera Wang
Thanks to my fondness for brocade I did like the two main pieces of this outfit (separately if not together), but I mostly included this picture for the model. What on earth was Vera Wang's rationale here? All of the models in this season's lookbook looked like they were at death's door, which seems like kind of a baffling makeup/styling decision for a luxury brand. 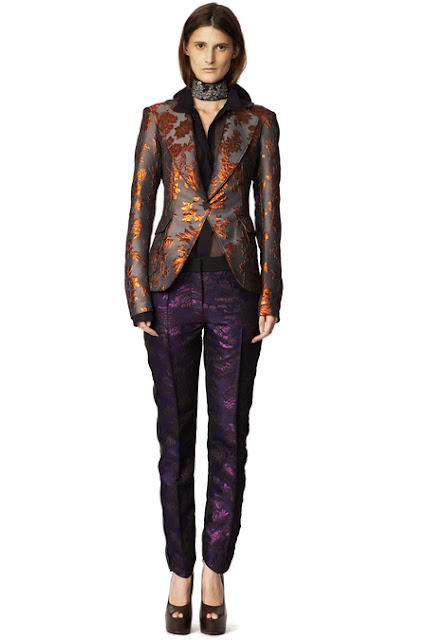