Chloé
You can thank post-war fashion photographer Irving Penn for the popularity of the plain-white-backdrop photoshoot style that has come to annoy me so much in recent years. Back in the day it was innovative, but since many models nowadays are directed to pose with fixed expressions of boredom and/or grim dissatisfaction, having them stand in front of something that resembles an industrial refrigerator only enhances the photoshoots' lack of humanity. 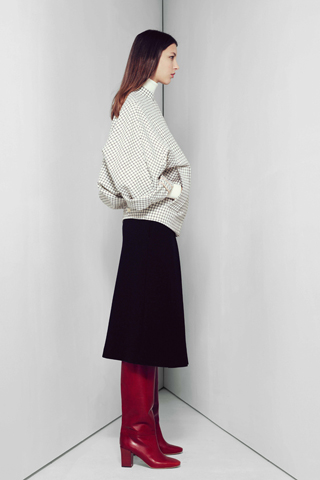 I thought of Irving Penn when I saw this series of photos from Chloé, with the models posing in a corner. I don't know if this is an intentional homage or not, but it immediately reminded me of Irving Penn's series of Corner Portraits: famous figures such as Salvador Dali, Marlene Dietrich and Igor Stravinsky, all of them photographed while trapped in a corner.

It's not exactly claustrophobic art photography, especially since in this day and age at least half of all non-catwalk fashion shows are photographed up against the dreaded refrigerator wall, but Chloé's Pre-Fall line wasn't too bad. For example, this outfit managed to make pleat-front pants look somehow cool and feminine instead of something your grandad wears:

Pedro Lourenco
This model looks CGI. I don't generally approve of photorealistic prints on clothing, but since the hair, accessories and backdrop all suggest that this model is either a holodeck character or an AI droidgirl from a Philip K. Dick movie adaptation, I've decided it's OK that her dress is the couture version of a Teletubby's belly. 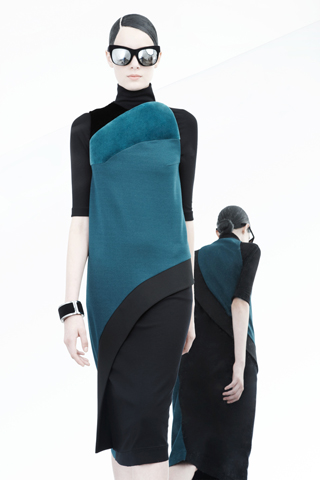 Stella McCartney
Stella McCartney is very hit-and-miss for me. Critics rhapsodise about her minimalist brand of chic, but I tend to find it dull. There's stylish restraint, and then there's turning up to everything in a tuxedo jacket. Only James Bond gets to do that, and he wears the full tuxedo.

This collection is rather different from what I usually expect from her brand, however. So here we have one hit... 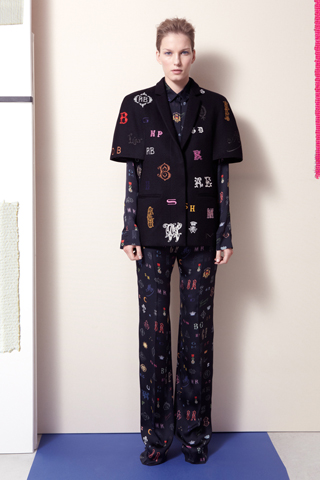 ... and one miss. WHAT is going on with these zippy-trousers? What? Horrible. They look like cheap supermarket trackies someone's mum wears to go camping. And then there's the one-jacket-fits/one-jacket-doesn't combo on the top half. No thanks. Also, it's one of those ensembles where the shoulders are dressing for winter but the ankles are dressing for the beach -- something I really can't abide. 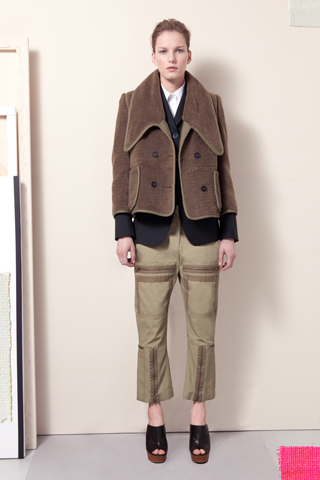 The Row
I picked out this photoshootnot not because of the clothes but because of... well, the whole package.  Superficially, here is a brick-coloured velour suit. So far, so Rolling Stones. Next up: velour backdrop. And velour-covered chair, as if the photoshoot took place in someone's garage. Then the fur stole, giving the whole thing a "barbarian king on his throne" kind of look, just a little bit anime-character. The clincher is the model herself: mournful, lanky, female Snape. 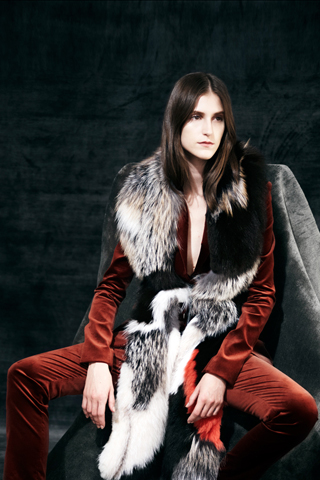 Outfits like these make me want to start a Tumblr called "THAT'S NOT FASHION", but I know that if I started I'd never stop.

This final shot is a real doozy, since it utilises the "velour backdrop in somebody's garage" background to perfect advantage by taking a picture that looks exactly like a portrait of someone's gothy little sister in the mid '90s. Plus, you can't even see most of the clothes. 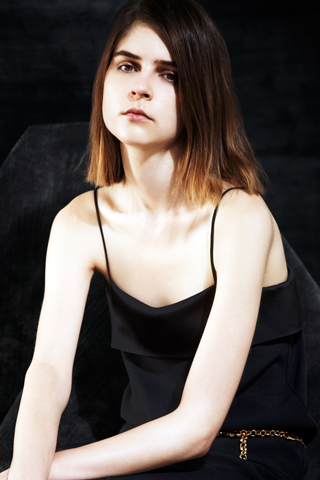 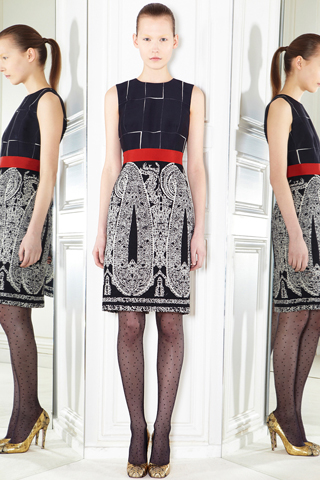 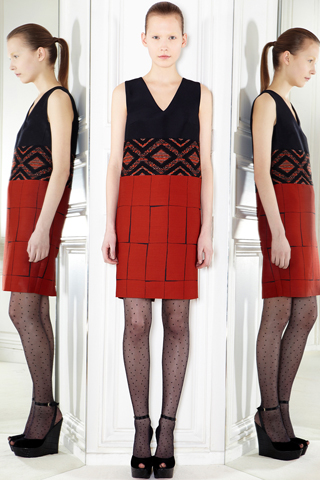 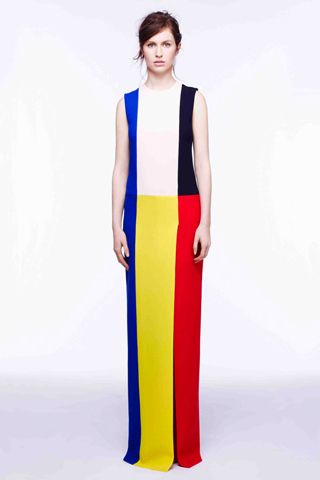 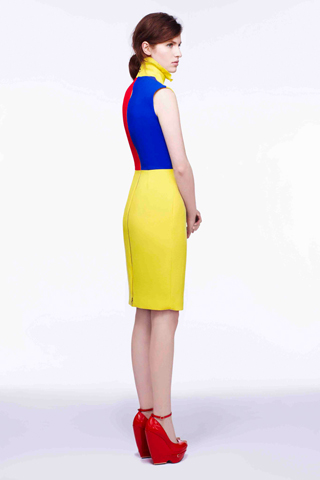 I love these high collars, especially in contrast colours. This plus the tiny frills on many of the outfits, and the strawberry-red shoes, give for a confectionary-like appearance without being overbearingly girlish or frothy. More Charlie And The Chocolate Factory or Pushing Daisies than Dolores Umbridge. 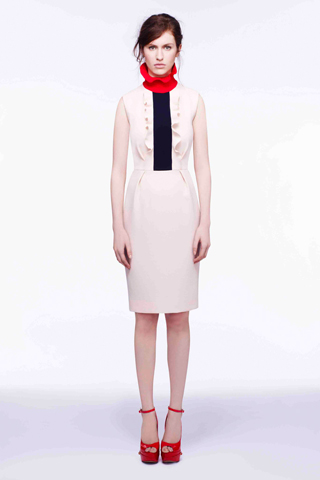