Pre-Fall 2012: Helmut Lang, Vera Wang, Thakoon, and various other designers who want their models to have chilly knees.

Previously on Pre-Fall 2012: Karl Lagerfeld's interpretation of Indian style, and a bunch of other designers who were considerably less exciting than Chanel.

The reason for my lack of recent posting is that Scotland's recent hurricane (!) (sounds worse than it is) took out my internet/phone lines. Currently I'm embroiled in a war of attrition with my internet service providers, who alternately tell me my internet works (a lie), or that I don't exist (difficult to prove). I take this as a personal slight on my life choices from said internet providers, specifically that they think I should be trudging manfully through the snow looking for Christmas gifts, rather than sitting indoors in the warm and looking at pictures of clothes. But today my connection has been grudgingly upgraded to that of mid-1990s dial-up, so while I can't yet watch last week's season finale of The Killing, or, you know, send emails with attachments, I can flick through a few Style.com galleries.

Dear readers: prepare to be underwhelmed by the banalities of Pre-Fall fashion. Unlike Karl Lagerfeld, these designers do not see the value of a banquet hall or a miniature gold-plated steam train, or, indeed, of a catwalk fashion show. Once again we enter the realm of women doing mannequin impressions in front of blank white walls. 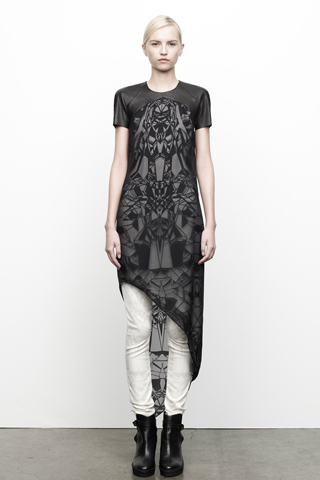 Pleasingly assymetrical, and I enjoy the cutaway patterns. Somehow the white jeans manage to look... not-unseasonal? Perhaps white jeans are more tolerable when you can only see them from the mid-thigh downwards. 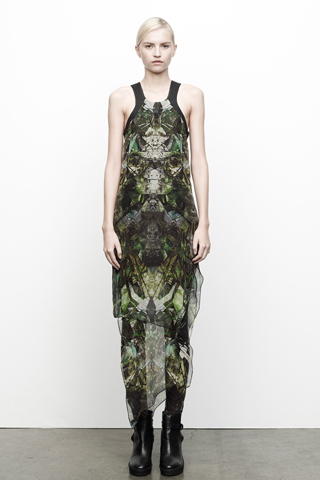 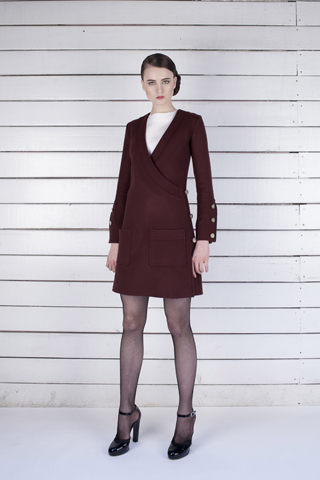 The 1960s cut of the dress looks great, despite the fact that the collar looks rather cardigan-ish and aging. There are a lot of these Twiggy-esque A-line skirts/dresses with front pockets in the shops right now, but I haven't seen many people actually wearing them so I'm not sure if it's a trend or a failed trend. The major problem with this particular outfit is the tights, which make the model look cold and are kind of inappropriate for the dress. They should have gone with opaque. 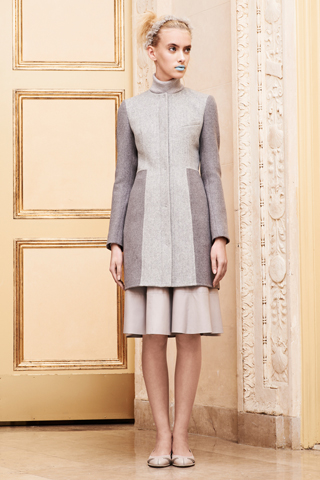 Blue lips? Now I know they're screwing with me with regards to my "that model looks chilly" stuck-record mantra. Or perhaps I'm just projecting because I live in Scotland and therefore will be wearing 14 layers of unwanted knitwear from now until March. 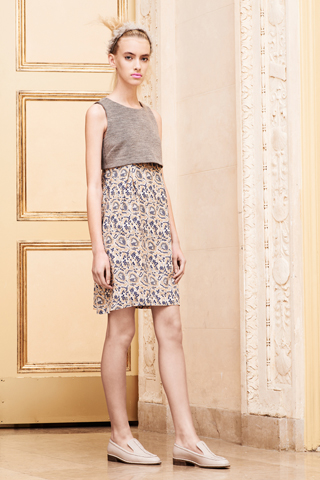 Thakoon was the only designer whose photograph backgrounds showed any signs of humanity.
VPL 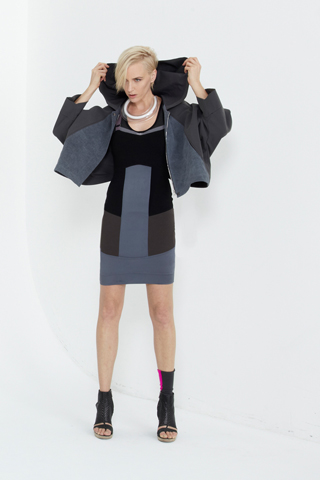 Time for that designer who bothers me because their name is an acronym of "Visible Panty Line". This photoshoot looked to me like a photoshoot of Swedish singer Robyn, from the clothes to the background to their choice of model. I do rather like the flash of pink on this outfit's sock! 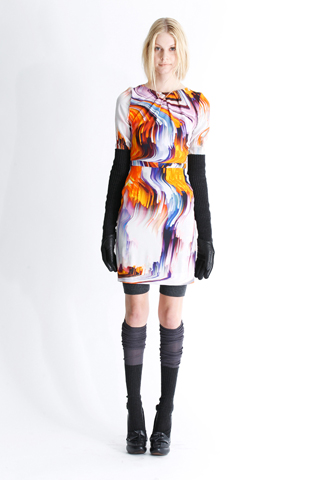 The elbow gloves do not work. They look inappropriate to the rest of the outfit and they make her bare knees look chilly (yes, yes, I am aware I should stop belabouring this point). That being said, the shorts-under-dress thing is kind of interesting, even if I myself would not wear the weird, smeary colour print used in the dress. 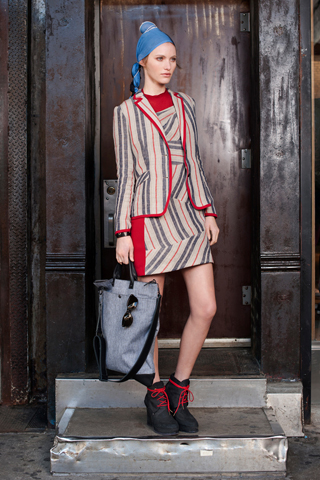 The models in the Rag & Bone show all had their hair bound up in scarves like this, and looked great as a result. On the whole most of the outfits looked like Camden Market indie designer clothes, though, which on the whole is not a look I enjoy.
Posted by Hello, Tailor at 09:09

Email ThisBlogThis!Share to TwitterShare to FacebookShare to Pinterest
Labels: pre-fall 2012