Captain America vs. Agents of SHIELD.


I love the new trailer for Captain America: The Winter Soldier, but I get the distinct impression that it's going to kick Agents of SHIELD in the balls. Without going into too much detail, AoS is suffering from a bizarre problem of portraying SHIELD agents as "the good guys" while having them do objectively terrible stuff like wiretapping, kidnapping and shooting civilians, and dumping American prisoners overseas with no money or ID. In most episodes so far, the antagonists have seemed more sympathetic (from a real-world standpoint) than the ostensibly likeable heroes, which is actually more confusing than the way SHIELD was depicted in The Avengers: ie, as an ethically ambiguous government agency, run by a decidedly shady individual. CA:TWS seems to be going the Avengers route with regards to SHIELD and Nick Fury, which is seriously going to screw with AoS's weirdly happy-go-lucky attitude towards acting like assholes in the name of homeland security. 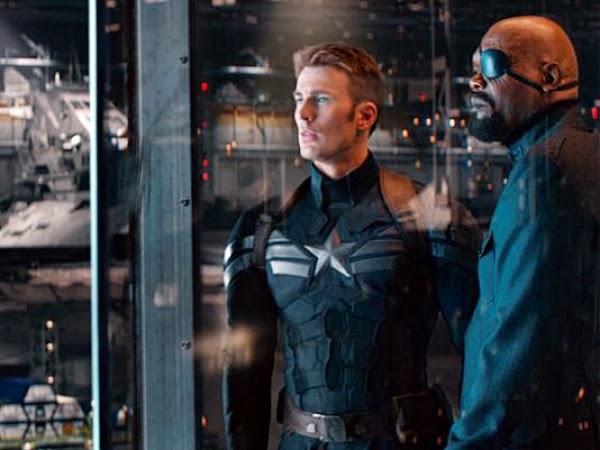 This trailer is really promising on so many levels. Captain America has one of the few origin stories that I actually enjoy on its own merits, unlike Batman, Superman and Spider-Man, whose origin stories are all very overplayed. Cap appeals to me as a hero for the oppressed and downtrodden, in a way that I don't think is really covered by the other classic superheroes. A lot of his power is tied up in marketing and patriotism, which has the potential to be very subversive because he looks like this all-American cheerleader dude but Steve Rogers' own principles are a lot more liberal/socialist/anti-establishment than you might expect. There's a reason why there's a whole subgenre of fanfic dedicated to Steve Rogers in the 21st century, making public media statements in favour of LGBT rights and feminism, you know? So I'm really psyched to any possible hints of this in the trailer, including Cap walking past a giant banner of his own face. WHAT WAS THE PUBLIC REACTION TO AN AMERICAN ICON RETURNING FROM THE DEAD?

I didn't actually think much of Captain America as a film in itself. It's a great origin story and I loved the casting, but the central supervillain story is pretty dull, and the final third of the film is weak as a result. Overall I don't really rate it as highly as Iron Man or Thor, which is odd because I do love the concept. Which I guess is why I'm more prone to reading Captain America fic than Iron Man. The Iron Man movies basically give me what I want to see in Tony Stark's story, but what I wanted from a Captain America movie was way more focus on his pre-serum life in 1930s Brooklyn, his relationship with Bucky and the Howling Commandos, and the way he tackles becoming a public figure. For me, the most exciting moment in this trailer is when someone tells Cap that he "shaped this century". That line has a real ring of epic superheroism to it, in a way that the first Captain America movie never really managed.

The other main thing I'm looking forward to is the way this movie links to the aftermath of The Avengers. Iron Man 3 did this to a certain extent, but it was definitely focusing inwards on Tony Stark's own problems, whereas this movie is an ensemble cast featuring Black Widow and Nick Fury in fairly prominent roles. Also Falcon, who I am looking forward to SO MUCH, oh my god. Falcon!! I was surprised to realise that after watching this trailer, I was actually more excited by the appearance of Falcon than the hints of the Bucky/Cap storyline? I don't even know why. I guess Anthony Mackie is just that charming.

Some more deep & meaningful thoughts
PREVIOUSLY: If there's no such thing as a Captain America venereal disease PSA, I'm gonna be so disappointed.
Posted by Hello, Tailor at 11:56