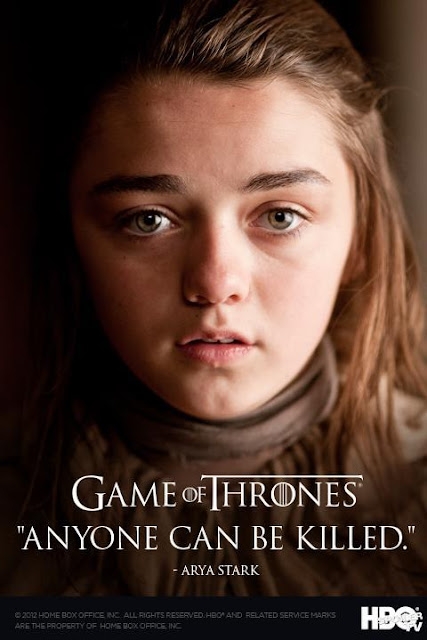 No one is safe. This show has the highest body-count I've ever encountered. Luckily I didn't get very attached to any of the characters until several episodes in, thus saving myself a lot of decapitation-based heartache. Because the folks of Westeros really like their decapitations. It's like head-severing is their national sport or something (their second-favourite activity being incest).

Email ThisBlogThis!Share to TwitterShare to FacebookShare to Pinterest
Labels: "it's historical", costumes, game of thrones, tv