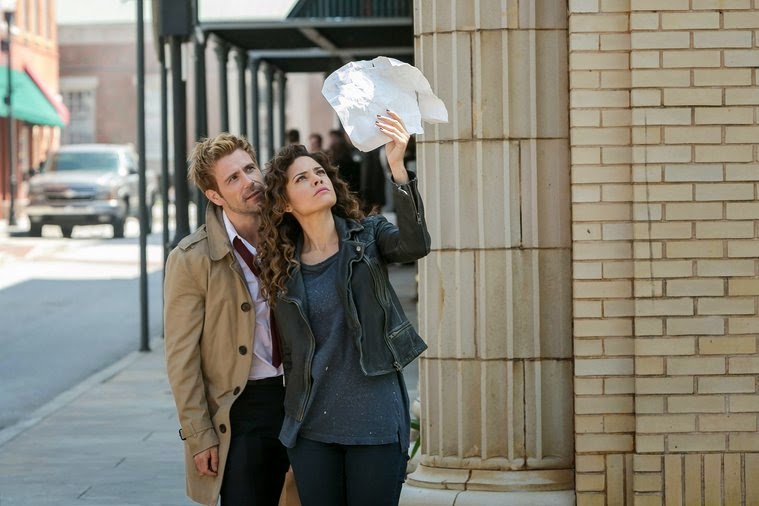 
Last week I mentioned that one of Constantine's biggest problems will be differentiating itself from similar genre shows. Well, that issue is already making itself known. This episode was even more like Supernatural than last week: Constantine saves a small town from undead spirits, and the unimaginative monster-of-the-week storyline was marred by sexist and racist subtext. At least Supernatural is capable of genuine menace and horror, and its dud episodes are elevated by the compelling relationships between its lead characters. Unfortunately, it looks like Constantine is only emulating Supernatural's bad points. 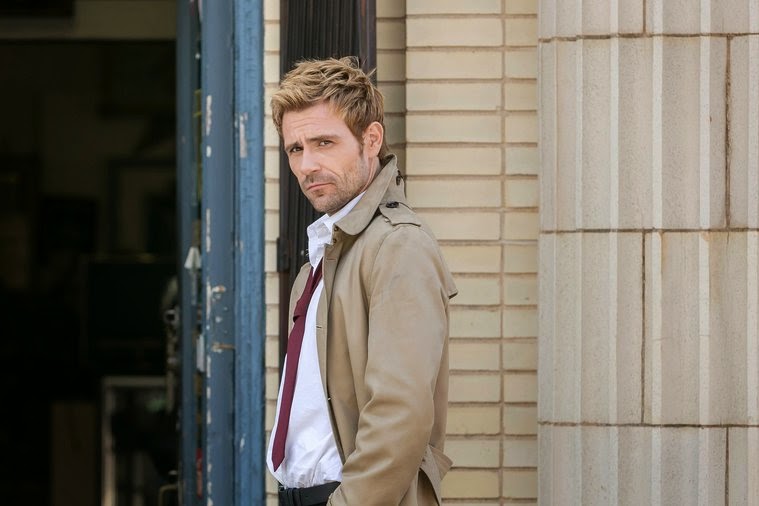 The whole "Pennsylvania mining town" concept could have been used to transfer themes from Hellblazer to a contemporary American setting. But there the resemblance ends. What we got was a story where a woman is clearly intimidated by her husband (who is implied to be abusive), and uses her magic powers to warp some protective spirits into attacking miners as revenge. This is a totally solid fairytale idea, and could have ended on the very Hellblazer-ish note of Constantine having to "defeat" an enemy who isn't really a villain, but is just a normal person who has been pushed to the limit.

Instead we got an episode that fails to explore the emotional context of the setting, and culminates in the wife character being depicted as a one-note villain who is punished by being dragged to hell by the spirit of her husband. And let's not forget that Constantine just blew up the local coal mine, thus ruining the economy of the entire town. I feel like they should've made a bigger deal out of that??

There are two explanations here: Either the writers are simply misinterpreting the way the Hellblazer comics told this kind of morally ambiguous story, OR they're purposefully writing this kind of simple, cliched episode because they think it's the best way to stay on air. 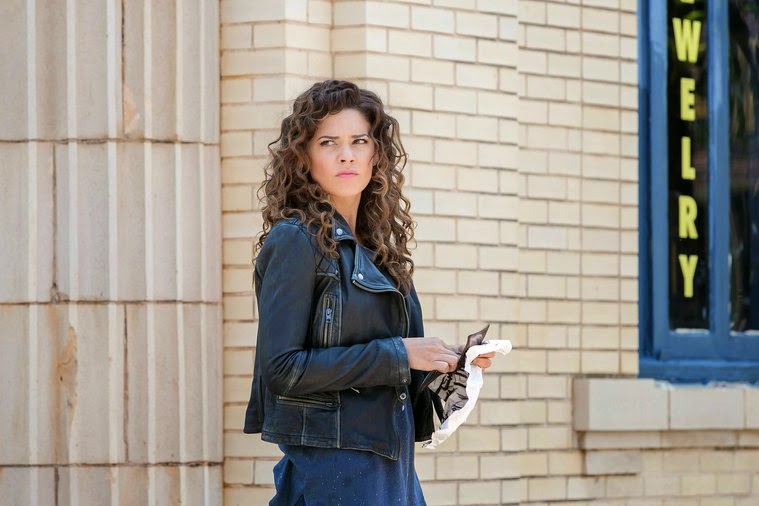 I have no idea how many women are on the production staff at Constantine, but I'm guessing not many. So far Zed is slightly less cardboardy than Liv, the female lead who was written out of the pilot episode. That doesn't mean Zed behaves like an actual human woman, though. The relationship between her and Constantine is very muddled, lurching from unconvincing sexual tension to an intrinsically unpleasant dynamic where she is ~drawn to him~ while he orders her around and acts like a douche.

The thing is, the Hellblazer version of Constantine is by no means a feminist character, or even a nice guy. He tries to do the right thing, but he screws up a lot. But the comics tend to be critical of this, and we also benefit from seeing his internal monologue all the time. Ideally, Constantine would show his struggle to be a good man, but balance this with storylines where he fucks up or is forced to make bad choices. He also needs to be backed up by a well-written female character, which Zed is not. She's meant to be a foil to Constantine, but their relationship is unbalanced from Day 1. She needs his help with her powers, while he uses those powers for his own ends. On top of that, she has to persuade him to let her join him. We're also told that she's in her mid-20s -- an inexplicable decision because Angélica Celaya is 32, only one year younger than Matt Ryan.

With Zed now thrown into the mix, we're left with an entire cast of characters whose motivations are frustratingly unclear -- and not in a good way. Constantine appears to be motivated by sheer altruism to follow Liv's map and fight a bunch of monsters. Chas may or may not be some kind of traveling demon hunter as well. And Zed's reasons for teaming up with Constantine are partly because she needs his help, and partly because... she dreams about him? How convenient. 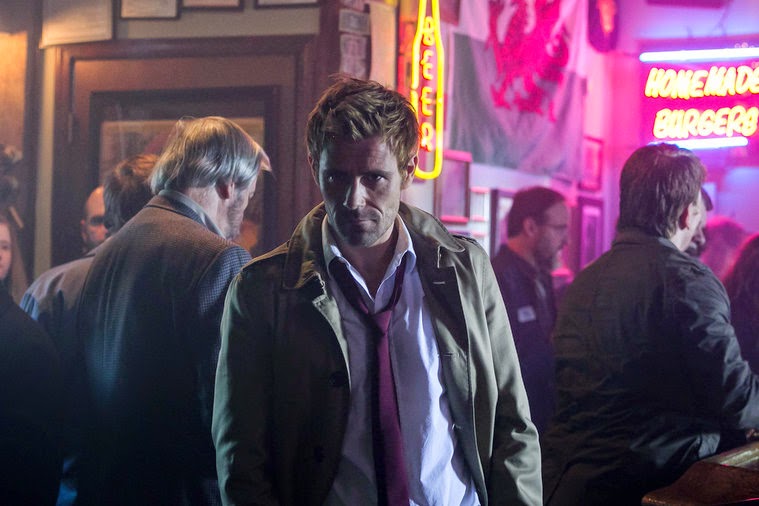 As it stands, Constantine can only go downhill if it continues on in this vein. The similarities with Supernatural are too pronounced, and so far Constantine's characterization is disappointingly weak.

I'm hoping that they do a character-focused episode soon, so we can learn more about Constantine's backstory and get a better idea of his motivation. Right now he feels like an extremely watered-down interpretation of the character we see in Hellblazer, to the point where he's only recognisable thanks to superficial traits like his accent and costume. A costume which, by the way, is already beginning to look a little awkward. He wears that brand-new trenchcoat and undone red tie all the time, and it's making him look like a poseur. Why not just take the tie off, or at least tie it properly for part of the episode? Most viewers have little or no knowledge of the comics, so callbacks like this are immaterial. They should lay off the meaningless details (Britishisms like "blighter," really?) and focus more on the actual substance of the show -- such as it is.
Tweet
Posted by Hello, Tailor at 14:24